If you think you’ve seen this statue before, there’s an interesting reason why 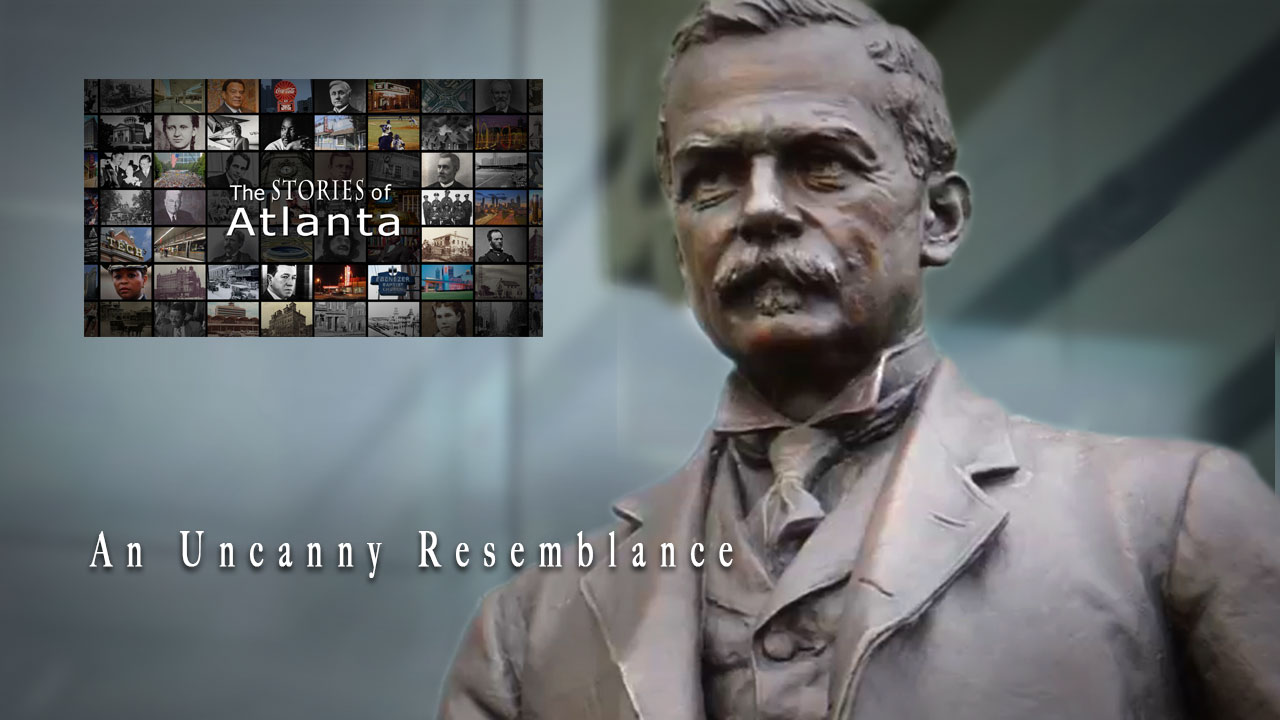 This week, we wanted, as they say in the television business, to offer an encore presentation of the Saporta Report’s very first Stories of Atlanta. It is the tale of a statue tucked away in midtown Atlanta that may very well be the city’s most treasured work of public art. It is a statue of Southern Railway’s first president Samuel Spencer. Spencer was the president of Southern Railway for 12 years and his term was, ironically, cut short by a tragic rail accident while he and some friends were off on a hunting trip.

Samuel Spencer was the very definition of a railroad man. He spent his entire career with railroads and was, by all accounts, a visionary leader. It was Spencer who greatly expanded the reach of Southern Railway, diversified its business away from strictly hauling agriculture products and modernized Southern’s equipment.

He apparently was a much loved and respected leader. Upon his untimely death, the employees of Southern Railway took up a collection in order to honor Spencer with a statue. And it is that statue and the men who made it that caught our interest.

Once you learn the story behind the Samuel Spencer statue and it makers, you might want to take a few minutes and travel to Peachtree and 14th streets in Atlanta where the statue is hiding in plain view in front of the Norfolk Southern office building. There you’ll be able to clearly see the uncanny resemblance and maybe even have the opportunity to tell those passing by the amazing fact you learned from watching this week’s Stories of Atlanta.

Previous Article
‘The Weeping Time’: The story of the largest slave auction and a descendant’s homecoming journey
Next Article
Reflections from Stone Mountain: keep the Confederacy in the past