“Whether individuals have violated the law really needs to be evaluated by a law enforcement department that people can trust, and the APD is creating their own problem on the trust level by clearly taking action that is not impartial,” said attorney Gerry Weber, suggesting that APD could be veering into its own form of counter-protest.

An APD spokesperson said the department could not provide immediate comment.

APD is part of a joint task force that on Dec. 13 raided the training center site in DeKalb County and charged five people with domestic terrorism, though it remains unclear what relevant acts they are accused of performing. Other protesters have said the charges were politically motivated attempts to chill speech.  At a Dec. 15 meeting of a training center advisory committee, APD Assistant Chief Carven Tyus said protesters by non-locals are inherently terrorism, urged members to promote that as a political “narrative,” and reported an arrest of a man for filming the police under the terms of the hands-free driving law.

Those comments are Constitutional red flags to Weber, who has represented many clients in free-speech cases against the City and APD, and Zach Greenamyre, who leads the civil rights practice at the firm Mitchell & Shapiro and has handled major First Amendment and police misconduct cases.

“People that come to Georgia and the Southeast to protest what they think are civil rights issues has a long and storied tradition,” said Greenamyre, “and the fact that people travel from out of town or out of state to do so … has no effect on the legality under the domestic terrorism statute or under the Constitution. To indicate otherwise would inhibit people’s First Amendment rights or rights to travel freely.”

“That someone is engaged in protest activity and they’ve come from out of state cannot, does not, [and] will not make them a suspected terrorist,” said Weber. “That is free speech rights.”

In the meeting, Tyus described some destructive actions that police believe were committed by protests, such as throwing rocks at officers and burning two buildings under construction. However, it remains unclear what the people actually charged with domestic terrorism are accused of, and Tyus described them only as trespassers living in tree houses who refused to leave.

“I don’t know that any form of trespass would meet the definition of domestic terrorism under this statute,” said Greenamyre of state law, while allowing that federal charges could be different. Actions that could lead to serious bodily harm, like throwing rocks, may or may not qualify, he said.

Weber said Tyus’s broad use of the term “terrorism” and its political context endangered the APD’s impartiality. He said APD has an obligation to be “more objective and credible” because it is a “beneficiary of this project” with “these dual roles of being a supporter of this training facility, and they’re required to enforce the law – and to enforce the law in an impartial manner.

“And both the kind of ramping up of the charges here and … the assistant chief’s trumpeting pretextual arrests of people who were just filming police activity really damaged the APD’s credibility here, and calls into question their objectivity, at the very least, in enforcing the law against these protesters,” he said. 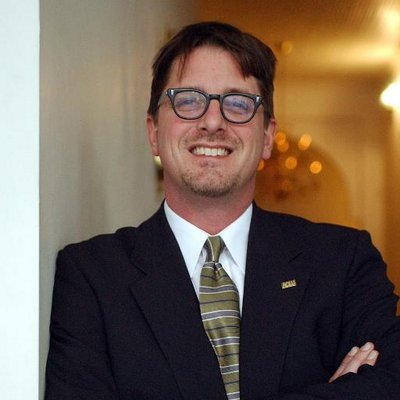 Both attorneys said that the City could be in trouble for Tyus’s report of the arrest for filming police under the hands-free driving excuse. Filming police officers in public is generally considered to be a constitutionally protected activity.

Greenamyre said that in general, an officer’s intent in making an arrest doesn’t matter if a law was indeed broken. “But there’s exception to that,” he said, “where if it’s a low-level offense like the hands-free driving law [that] the vast majority of people get ticketed for, and you decide to arrest this person for engaging in protected First Amendment activity like filming the police, that becomes unlawful by virtue of the disparity… That could be an unlawful arrest.”

Weber said that if the hands-free driving arrestee sued, “exhibit Number One” would be Tyus’s comments for demonstrating it was a pretextual arrest, which “puts on the hook” the officers involved and the City.

Weber has represented many clients in lawsuits against the City and APD related to the right to record police activity, some of which led to court-ordered policy changes. (Full disclosure: This reporter was one of them several years ago in a case unrelated to the current protests.) Those policies are intended to be part of APD training — which, incidentally, is one purpose of the training center facility.

“The Atlanta Police Department has been subject to a number of lawsuits that they by and large have lost involving the rights of citizens and journalists to record police activity and, in particular, arrests,” said Weber. “In one of our cases, the City was obligated to do training around the issue and to create a new policy and to create new and more severe discipline for officers who violate the rights of journalists and citizens to film.

“And we have here the assistant police chief trumpeting and speaking publicly about the fact APD officers were engaged in pretextual arrests, when the real reason was they were trying to stop people from filming,” he added. “Perhaps the assistant chief needs to review the training again, review the policy again. And I’d certainly be happy to speak with him about the implications and the history of APD with lawsuits.”