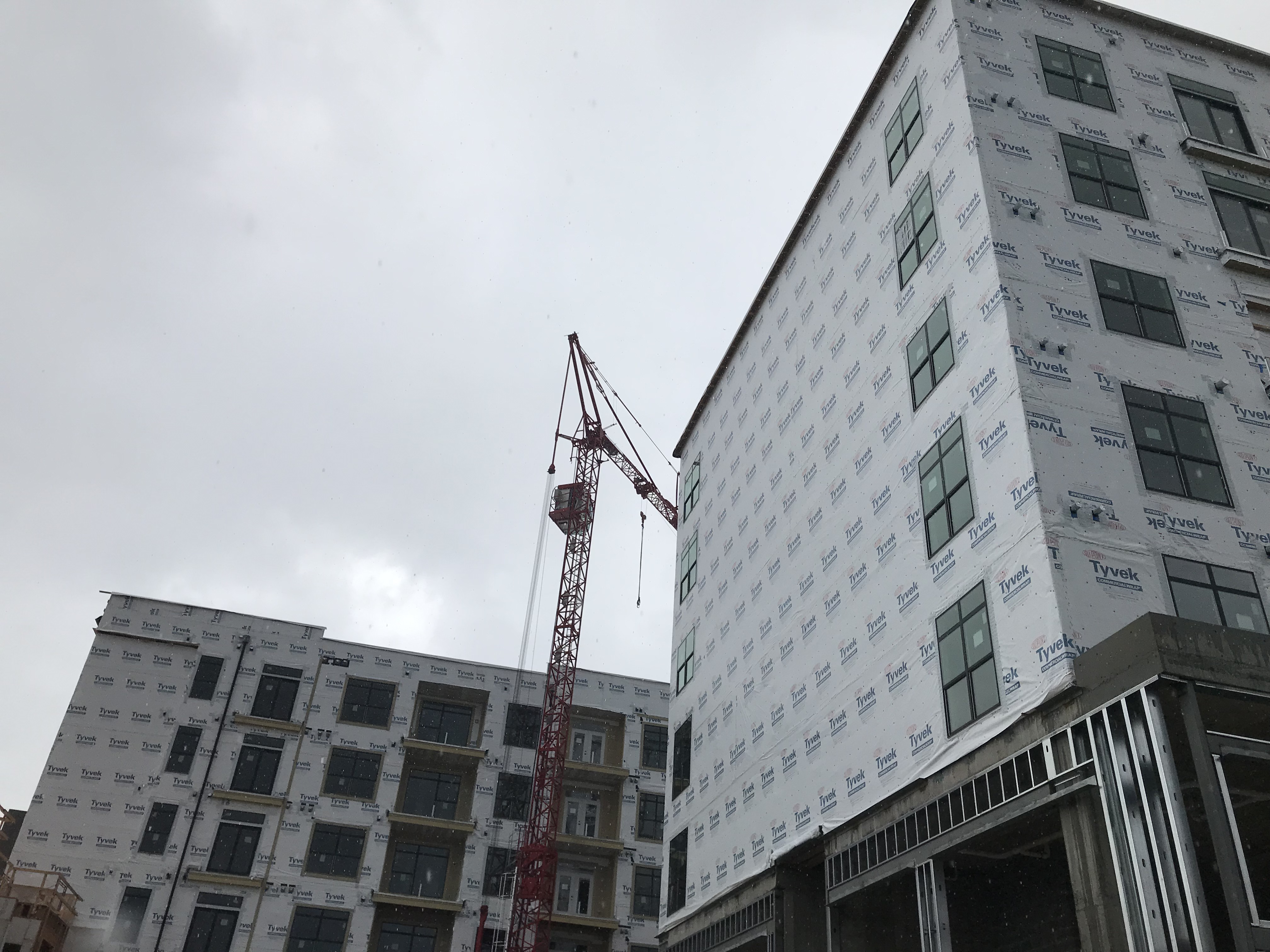 Demand for affordable housing comprises a fair amount of the housing sales in Georgia and the Southeast, even as employers offer incentives other than money to attract and retain labor in what remains a tight labor market, according to Wednesday’s edition of the Atlanta Federal Reserve’s Beige Book. 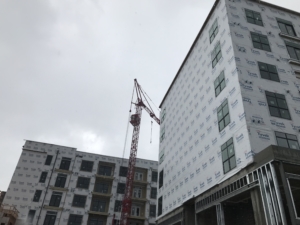 Rising construction costs, ‘make it difficult for homebuilders to deliver reasonably priced products,’ according to Wednesday’s Beige Book report from the Atlanta Fed. These structures are underway in Chamblee. Credit:David Pendered

The Beige Book makes no direct connection between affordable housing and wages. The report’s purpose is to present a snapshot of the nation’s regional economies through anecdotes presented by the Fed’s business contacts.

Tight conditions around wages have existed for some time. Past editions of the national Beige Book have shown that employers are actively pursuing alternatives to higher wages to fill jobs at lower costs – including training unskilled workers who, presumably, will work for lower wages than a previously trained person; paying one-time bonuses rather than raising wages; providing benefits that are easier than wages to curtail; and offering incentives such as flex-time in lieu of higher wages.

The wrinkle that appears to have emerged in Wednesday’s report is that workers are responding to employers’ wage strategy by seeking compensation other than money.

Another section of the Beige Book addresses the housing and real estate sectors of the economy.
Of housing, the report notes a shortage of affordably priced homes across the South:

And the issue of affordable housing transcends the South. Here are some snapshots of other regions where housing affordability was cited as a concern:

Boston is an outlier.

Contacts in about half the companies consulted reported stronger than expected revenue growth in the software and information technology sections. Though tariffs were cited for some layoffs, the overall outlook for the region’s employment was viewed as, “positive with some downward revision.”

This optimistic employment outlook may have fueled a housing sector that indicated the opposite of a lack of affordability, at least as defined in regions including metro Atlanta: