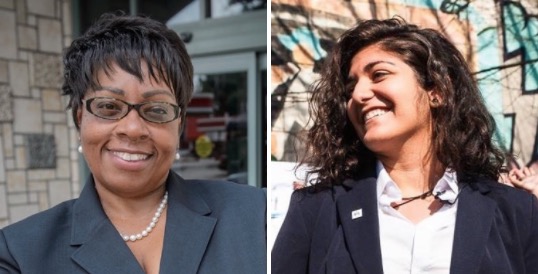 Voters in parts of Atlanta from Downtown to East Lake have two choices for their District 5 City Council seat this year: a veteran of City Hall or a first-time candidate. City services and the cost of housing top are top issues, the candidates say.

We asked each candidate their thoughts about City Council, the district and their plans if elected. Click to read the Q and As:

In the fundraising race, the $48,000 Bakhtiari reported collecting in the three months to June 30 far surpasses the roughly $16,000 Archibong reported collecting during that time, which are the latest figures available. However, as an incumbent, Archibong can also depend on funds rolled over from earlier campaigns.