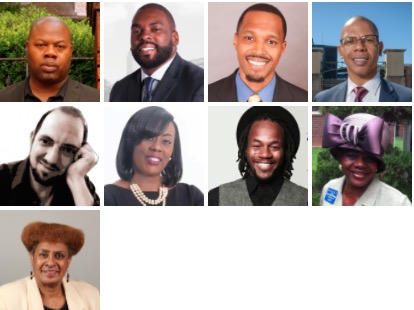 The race for Atlanta City Council District 4 has attracted more candidates than any other contest in the city. Nine folks, including incumbent Cleta Winslow, want to represent an area that runs from Oakland City through Ashview Heights, Atlanta University Center and Downtown.

We asked candidates about the district, their concerns and what City Council has done right or wrong.  We heard about gentrification, property taxes, equity, affordability and more. Click for the candidate Q and As.

Update: Candidates Jason Dozier and Cleta Winslow are in a runoff.

Dozier is far outpacing the rest of the field in fundraising. He reported having raised more than $63,000 over the course of his campaign through June 30, the latest disclosure available.

Winslow reported raising no money in the three months through June 30, but as an incumbent, she can roll over donations from previous campaigns. Her report indicates she had about $14,000 in her campaign account as as of that date.

Parmer reported nearly $13,000 in donations over the course of her campaign through June 30.

No other candidate reported breaking the $10,000 mark through June 30. Walton joined the campaign in August and has not yet had to report any campaign finances.

Updated campaign finance numbers are due on Oct. 6

A note on methods: SaportaReport reached out via phone, email or in person starting in mid-September to all the candidates who have qualified to have their names placed on the ballot. We reached every candidate by phone at least once to explain the request and emailed Q and As at least twice. Some candidates declined to participate and some did not either reply to the emails or grant a phone interview.  However, if we hear from any other candidates, we will update this page with their Q and A.