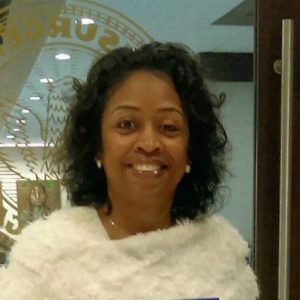 Some comments have been lightly edited for clarity.

A: To bring job training and jobs to the residents of District 11.

Q: What could you as a Council member do about that, what are your policy ideas?

A: I’d like to bring a career center to District 11 where we actually provide job training and entrepreneurship development for those who want to go into self-employment.

Q: Turning to Council, what’s an uncomfortable truth that the next Council will have to face?

A: A system that’s already in place … that has not has been for me, is the uncomfortable truth that I have faced. The city of Atlanta has not been for the people that have been marginalized. Coming in and actually fighting for them and not just for big businesses and those of the upper class, as far as income.

Q: And looking at Council again, over the last four to eight years, what is something this Council has gotten right?

A: I think they have failed to look out for residents as far as gentrification. From my background, coming from being homeless for two years with six children, I’m very passionate about people having their homes. I think they’ve failed the community, when big city developers came knocking at City Hall’s door, they failed to make sure they included the residents, so they don’t get displaced.

Q: Overall, bottom line, what’s your pitch to voters? Why should people vote for you?