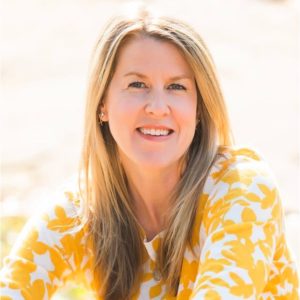 Lauren Welsh works in marketing and communications for nonprofits. Atlanta City Council would be her first elected office.

A: Development without community voice and community input. We’re supposed to double in population in 20 years and when I look at neighborhoods like the Old Fourth Ward where you have these 5-story stick apartment buildings surrounding a 5-story parking deck popping out of the ground without any connection to the urban fabric or the story of what Old Fourth Ward is about, it’s clear to me that we have got to get community voice involved.

A: So one of the things I’m really interested in doing is completely updating our civic engagement model. We have the NPU system, I’ve been an NPU representative over here in Candler Park for almost 10 years. You’ve got the NPU system, you’ve got APAB, the Atlanta Planning and Advisory Board; you’ve got the city’s technical advisory committees for a variety of issues. They’ve recently created some community leadership institutes, they have a new community engagement playbook for the Westside Future Fund that just came out of a department I’d never head of before, the Mayor’s Office of Innovation and Special Projects.

And you have nonprofits that do certain levels of community engagement as well, the Community Foundation, the Neighborhood Fund as well as CCI [the Center for Civic Innovation.] But none of them seem to have a clear goal in mind of how do we get info from the community up to City Council and how do we also push some expert knowledge down to neighborhoods so that we’re educating people about public arts, about transportation, zoning issues, so that the decisions, the input we’re getting from citizens isn’t as much gut reaction or arbitrary, but informed.

I know other cities look to us as having an incredible civic engagement model … the NPU model hasn’t been touched since 1974 and I think it’s about time.

Q: What’s an accomplishment you’re proud of? Could be something professional, personal, civic.

A: … I would say one of the things I’ve been most proud of is leading the effort to have Candler Park do our first master plan. Because when I started working with the neighborhood organization, we had very little connection to other neighborhoods and to the city. We were a bit apathetic because there was nothing really wrong in Candler Park. But that meant that we also weren’t using our voice to say here’s what we could have. So getting significant community input to do our very first master plan and having it adopted by City Council, that was really to me a big deal and it was something I was excited about, glad to be a part of.

Q: Now let’s turn to Council, what’s an uncomfortable truth that the next Council will need to face?

A: I think the first one is, everyone wants to talk about lack of resources. And I get it, there are only so many bonds we can do, we’ve kind of limited the number of sales taxes we really can put out there, I get that.

But the uncomfortable truth is, there are resources, it’s whether or not we have the political will and the leadership to invest those resources internally in our neighborhoods or for this external image we’re trying to project to the rest of the country or the rest of the world.

… So, if we are willing to go to the Georgia General Assembly and lobby extensively to get the car rental tax extended specifically so we can use that money to renovate Philips Arena, there’s no reason that we couldn’t do the same if we were to say, for example, use that money to invest in a greater master plan for Underground Atlanta or for the King District. But the problem is we don’t view those places as valuable stories, valuable places to the city. We feel the need to come up with something shiny and new.

And so I believe that the resources are there, it’s just that we have not invested in what we already have. We don’t seem to have an understanding of who we are, how we got here. I do believe that what [Planning] Commissioner [Tim] Keane has worked on with Ryan Gravel, the City Design Project, has very much gotten us to start that conversation and I’m appreciative of that but we need to keep pushing it.

I’ll say as a side note … I think one really uncomfortable truth we’re also going to have is that we’re going to have seven brand new people on City Council at least. We need to be aware of the potential for jockeying for position. We need to have a very clear and collaborative onboarding process where we’re all approaching this as a team, so its not who is the newest leader on City Council, but instead, here are the leaders who’ve been here for a long time who recognize some of the tough decisions they’ve made; how do we get them to work together as a team?

[googlemaps https://www.google.com/maps/d/embed?mid=1WBF8PcifY_bQrXNwlSxOTC4kKwU&w=400&h=480 align=”right”]Q: Over the last four to eight years what’s something that this Council has gotten right?

A: I think that I have a tendency to go to back quite a bit to zoning and development because I think that’s where Atlanta’s biggest changes are occurring. But I think the hiring of Commissioner Keane and the creation of the City Design Project is huge. I mean, we’ve hired a planning commissioner from the city of Charleston where they started urban planning in 1930, to the city of Atlanta where we really have not done intentional planning. Hiring Keane was putting a stake in the ground and saying, ‘OK were going to have thoughtful conversation about where this growth is going to occur and how it’s going to occur.’

Q: Over the last four to eight years, what’s something this Council has gotten wrong or failed to do?

A: I think the relationship between the Council, the mayor and APS [Atlanta Public Schools] has been a significant failure. You can pinpoint it on one leader, but I expect that City Council show leadership as well.

In that situation, the idea that we would ever put a child’s education in the middle of an argument is horrifying and embarrassing. We have a public school system that is still struggling and we as city leadership need to do everything we can to position them to succeed. Even if we have no purview over the schools, there are ways that we can help encourage wraparound services through some nonprofits that can work over there. We can help with, we’ve got a commissioner who’s doing planning for the next 20 years, how do we bring that into the school conversation? There are ways the city can be much more collaborative and I think that was a huge failure.

A: I’m the only one with the experience of actually working within our communities here in Atlanta, longstanding experience. I’ve spent almost 20 years working directly with nonprofits that are working in the critical issues that affect specifically Atlanta and I’ve spent almost a decade working on the ground in neighborhoods. I’ve rolled up my sleeves and put my hands in the work of community-building. I have not just tried to build a resume. It’s always been about improving the community in which I live and the communities around Atlanta.