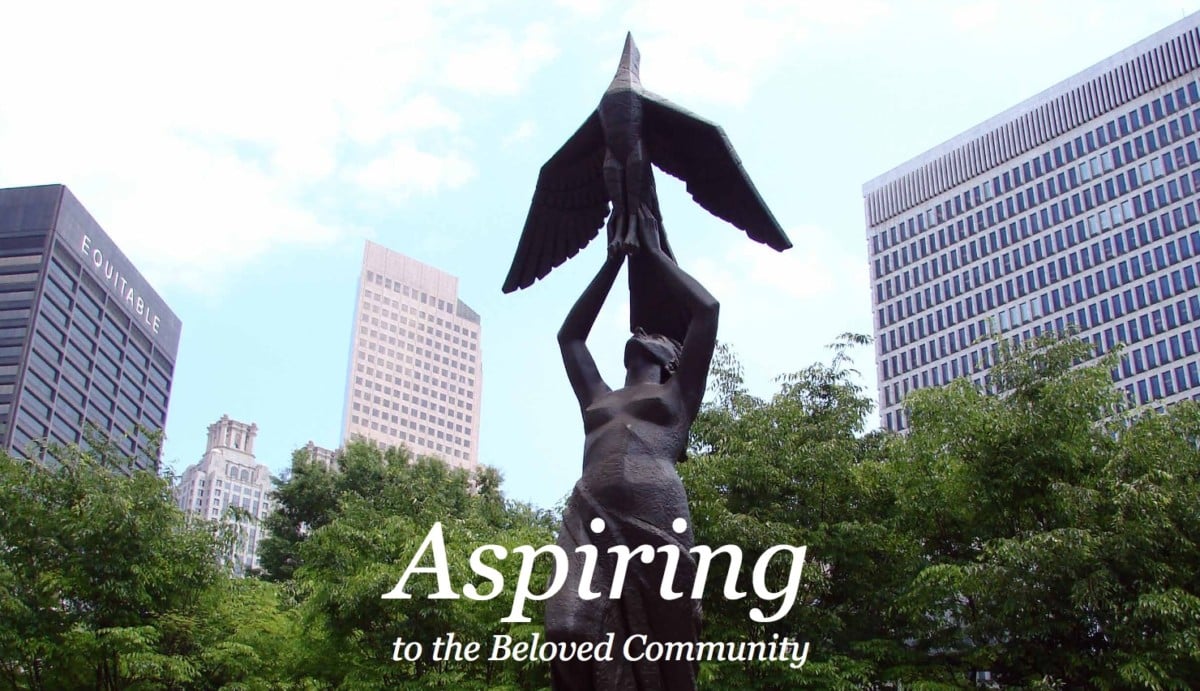 Now that the Atlanta City Design Project is nearing completion, Atlanta is making arrangements to present the proposal to stakeholders in a 410-page book that’s to be as expansive as the massive proposal to plan for the city’s next 20 years of anticipated growth and development. 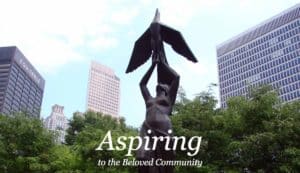 Results of the Atlanta City Design Project are to be presented in a 410-book rich in graphics. Credit: atlantaga.gov

Atlanta’s Department of City Planning has spent the past 18 months designing for Atlanta to be the kind of place current residents want it to be in 2037.

The book, to be completed by Nov. 1, is to relate that vision in a presentation rich with graphics and a design as distinctive as the plan itself, according to the request for proposals the city released July 11.

A pre-proposal conference with prospective bidders was slated for Tuesday at Atlanta City Hall. Bidders got to review the book in its draft form. Proponents have until July 26 to submit their bids.

Ryan Gravel, whose vision for a transit path spurred the creation of the Atlanta BeltLine, has been overseeing the Atlanta City Design Project under the guidance of Atlanta Planning Commissioner Tim Keane. Keane commenced the project soon after taking his position in July 2015. Keane came from Charleston, S.C., where he oversaw planning, preservation and sustainability in that historic and culturally rich city.

Like the BeltLine, the vision for the design project is both inspirational and aspirational.

Gravel’s presentation includes language such as: 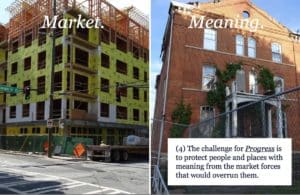 For the past 18 months, city planners and residents have discussed the future development of the city. Credit: atlantaga.gov

The Atlanta City Design, if adopted, is to reach into the farthest corners of Atlanta’s future growth. Here’s how the RFP describes the future role of the design project:

Then the RFP summarizes the project: 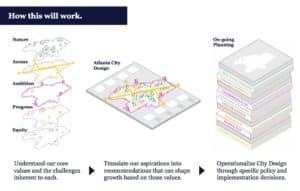 The Atlanta City Design Project intends to establish a practical road map to shape all aspects of the city’s development over the next 20 years. Credit: atlantaga.gov

Books are to measure 8 inches by 10 inches, have four-color printing, and 51 percent of the pages are full bleed – meaning that when the book is open two pages will present one image or theme.