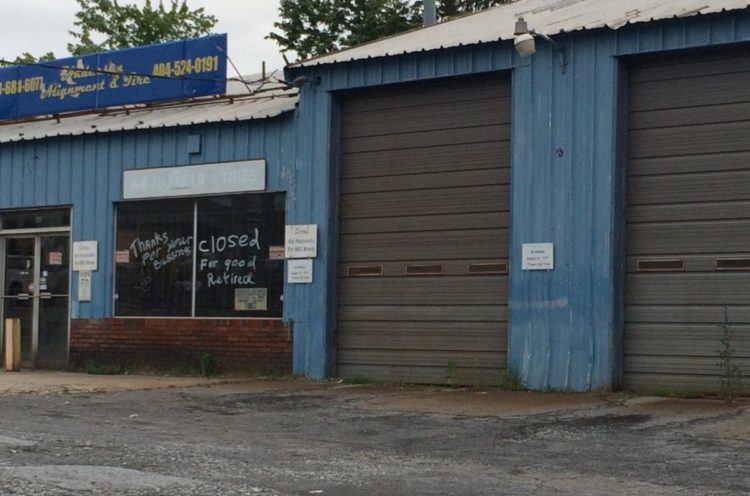 Atlanta intends to revise its zoning code in ways that could reshape the redevelopment of industrial areas, such as this shuttered tire shop on University Avenue in southeast Atlanta. Credit: David Pendered

The Atlanta City Design Project will continue to convene public meetings at the Ponce City Market in space donated by its developer until the project can be moved to a yet-to-be-disclosed location in the Cascade area. 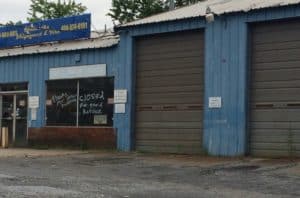 Atlanta intends to revise its zoning code in ways that could reshape the redevelopment of industrial areas, such as this shuttered tire shop on University Avenue in southeast Atlanta. Credit: David Pendered

The Atlanta City Council approved a six-month extension of the existing lease at its meeting Monday.

The original intent was for the design project to convene in PCM through mid November and then move to one or more locations in the city.

When the PCM deal was first proposed, in February, the idea was for the design project to operate in three different locations over its 18- to 24-month lifecycle.

However, the new space won’t be ready to accommodate the design project until February or March, Atlanta Planning Commissioner Tim Keane told the council’s Community Development Committee at its Oct. 25 meeting.

Atlanta Councilmember Joyce Sheperd asked Keane to name the location of the new space in the Cascade area. Keane declined, saying he wasn’t prepared to name the space.

The Atlanta City Design Project is the effort being led by Ryan Gravel. It’s the one that is to shape the development patterns in the city for the next 20 to 25 years. 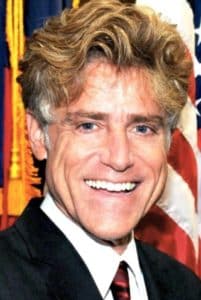 Keane has said he expects Atlanta’s population to more than double during that period, compared to its current population of about 460,000 residents.

Once this exercise is complete, results are to be used to rewrite the city’s zoning code.

Atlanta is among a number of cities across the nation that are revising zoning codes that date to at least the 1970s. Since that time, the focus of urban redevelopment has shifted to a desire to promote a mix of land uses rather than separate land uses, as was the case 100 years ago when planners sought to separate residential neighborhoods from industrial operations such as the slaughterhouses that once were common along Howell Mill Road close to Downtown Atlanta.

The best of example of this shift to form-based codes may be Seaside, Fla., the development guided by Andres Duany and Elizabeth Plater-Zyberk.

Terms of the lease extension at PCM call for no changes to the original deal. That contract began May 6 and is due to expire Nov. 16.

Jamestown PCM Master Tenant, L.L.C. will provide 2,231 rentable square feet at no cost to the city for the office space. Jamestown valued its donation at a total of $59,121.50, according to the legislation. That translates to $53 per rentable square foot.

Atlanta will be responsible for paying utilities costs for the premises, estimated at $178 a month for a total of about $1,070. Atlanta will pay the cost of water consumed to heat, cool and ventilate the premises at a total cost estimated at $1,673.25, or $1.50 per rentable square foot per year, according to the legislation.

Atlanta also will pay for internet access at the premises for a cost estimated not to exceed $2,500, according to the legislation.