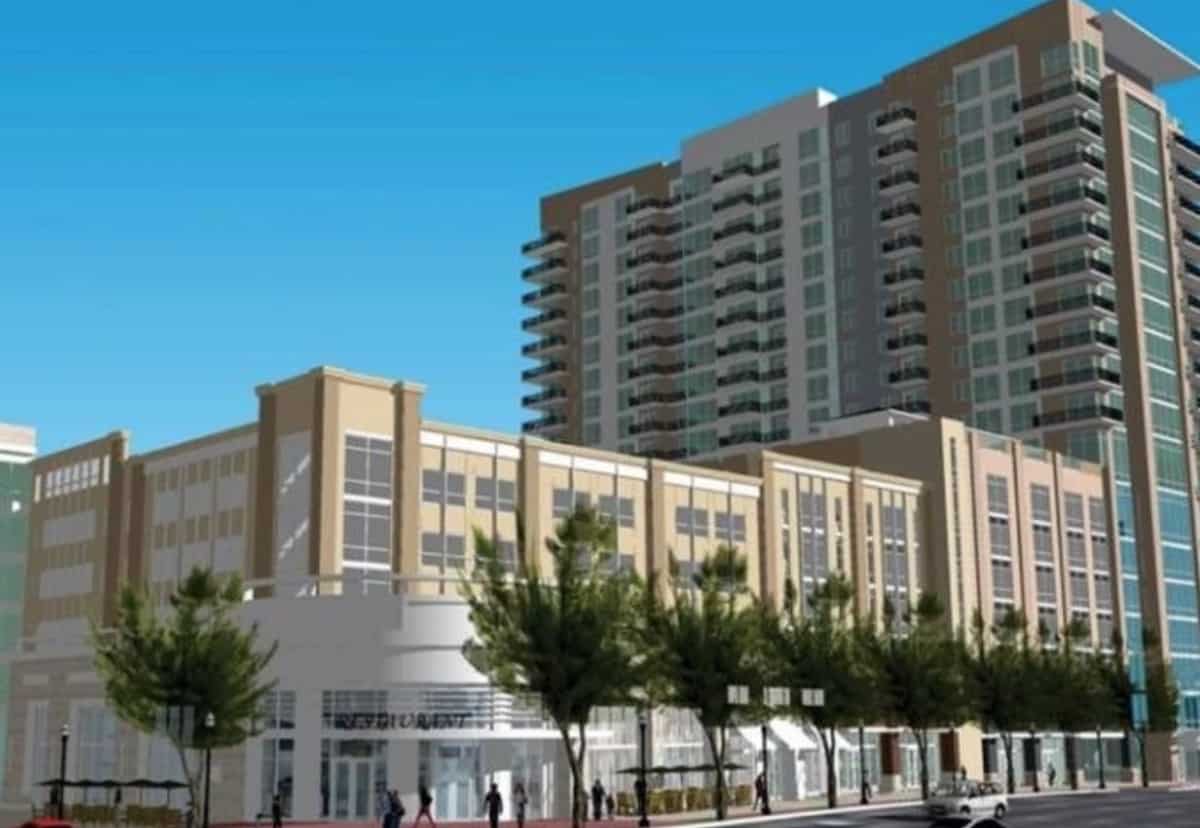 Atlanta is poised to start down a path that will lead to a requirement for all homes built in the city with subsidies from local governments provide more homes for people with low to moderate incomes. 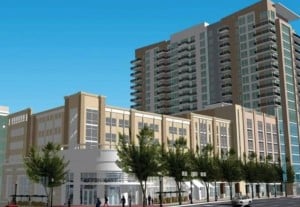 The Fulton County Development Authority provided $81.1 million to Post Properties to help fund construction of an apartment building next to the Federal Reserve, in Midtown. Credit: postproperties.com

At least, that’s how Atlanta City Councilmember Andre Dickens defines the purpose of a measure he introduced. The council is slated to vote on the measure Monday.

Dickens’ proposal requires that 15 percent of all homes built in a subsidized project to be affordable to those who earn 80 percent of the area median income. The AMI in metro Atlanta is $38,200 a year for one person.

“This is not inclusionary zoning, yet,” Dickens said at the April 26 meeting of the council’s Community Development Committee. “We’re working toward it. It’s going to take a few steps to get there. This is only one of many housing policies to come. This is one policy that we have, [and we have] several to do to bring about the equity we need in the city.”

Fulton and DeKalb counties now have no minimum requirements for developing affordable units in projects funded by their development authorities. Atlanta requires 10 percent of units in a project be affordable. 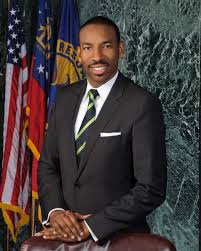 Little attention is paid to these subsidies as Atlanta’s skyline rises. But the subsidies, in the form of grants, tax abatements and other provisions, are enormously important in the mix of funds that pay for construction.

For instance, Fulton County’s development authority has subsidized the construction of 8,500 apartments in Atlanta since 2013, according to information Dickens presented at the committee meeting.

Of these 8,500 homes, 50 are affordable to those earning 80 percent of the AMI, according to Dickens’ presentation.

By comparison, Invest Atlanta’s portfolio has only two projects north of I-20, she said. 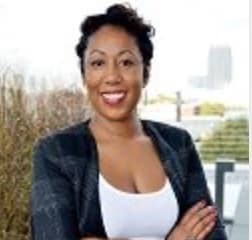 “Developers are going to go where they get the biggest bang for their buck,” Luke said. “They elected not to use the same incentive [offered by Atlanta] because we require affordable housing. They got the same incentive, for producing luxury apartments.”

Dickens ran into opposition during the committee meeting. Three councilmembers noted that they’ve had little time to consider such a sweeping policy measure. The members were Natalyn Archibong, Joyce Sheperd and Michael Julian Bond.

“It feels like this came from a think tank,” Archibong said.

“I want to take time to digest it well,” Sheperd said. “We are in the midst of budget hearings. … We don’t need to rush it.”

“We have to be careful of the policies we enact,” Bond said. “Not that this is a bad policy [but] I haven’t I been part of the 200 hours [of discussion Dickens said went into devising the proposal].”

During a public comment portion of the meeting, Yvonne Dragon, who owns a two-year-old development company, urged caution.

Dragon said Atlanta already is a difficult place to work, because of its myriad 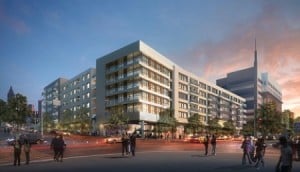 The Development Authority of Fulton County provided Hanover with $96.5 million for an apartment complex, with retail, located in Midtown along 10 Street, between Spring and West Peachtree streets. Credit: atlantaintownpaper.com

regulations. Consequently, she’s building homes for millennials near the airport. She asked that the AMI be lowered.