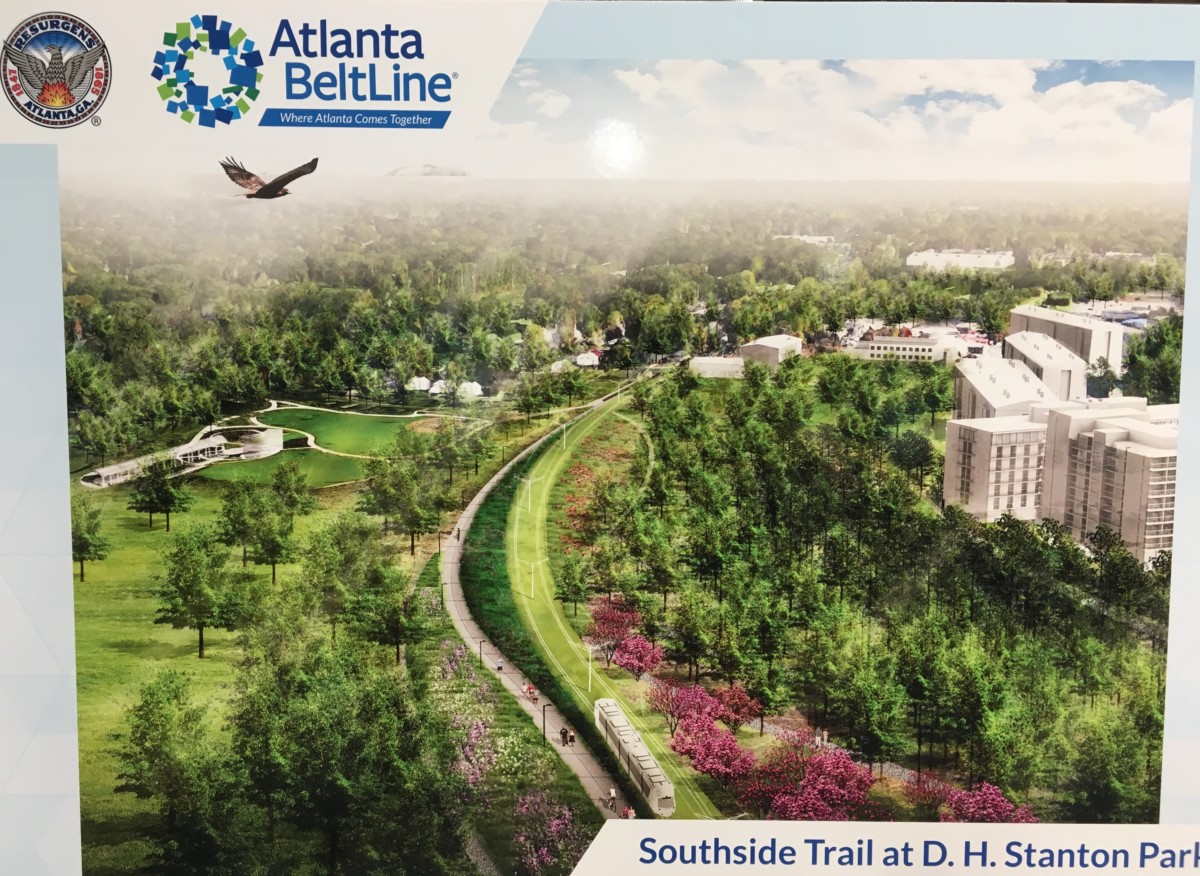 Atlanta is planning to spend $25.8 million for land and an old rail line on the south side of Atlanta, where 4.5 miles of new BeltLine trail are to be built. 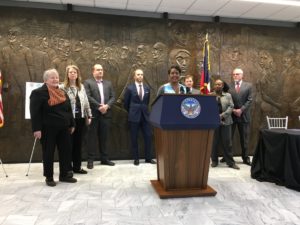 Atlanta Mayor Keisha Lance Bottoms announced on Thursday that the city is acquiring land on the south side of Atlanta for about 4.5 miles of the BeltLine. Credit: Maggie Lee

So counting what’s already built or bought from the Westside Trail all the way up toward Lindbergh on the northeast side, the trail will form a rough “J” before it someday becomes an “O.”

“For many decades Atlanta’s neighborhoods have been separated by physical barriers such as highways, interstates and vacant rail lines,” said Bottoms. “The BeltLine … is critically important in that it helps us overcome … these barriers.”

That’s much less than the $1 million per acre the city paid in 2007 for 66 acres for the Eastside Trail in a fancier part of town.

Bottoms said that the BeltLine is a catalyst for development — and at one point joked that it’s the equivalent of beachfront property: very valuable.

Though she also said the BeltLine will help accomplish the city’s affordability goals.

It’s proven difficult for the city to make sure there’s affordable space in certain neighborhoods for people like teachers, firefighters and cops, when those with much deeper pockets are drawn to those places, like the BeltLine.

The city has set up a mandatory inclusionary zoning program — meaning that certain new residential developments must price some units so that they’re affordable for people who don’t quite make the area median income. 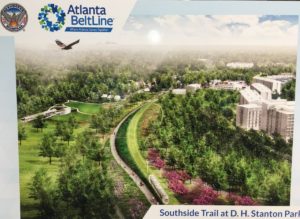 A 2017 sketch shows an idea of how the Southside BeltLine may someday look at D.H. Stanton Park.

BeltLine President and CEO Brian McGowan also said his organization is working much more closely with the Atlanta Housing Authority on affordability.

The new acquisition should be open as an interim trail in about 12 months, said McGowan. He said the target for finishing permanent construction is still  2023, in line with a longstanding schedule. He said the BeltLine hasn’t yet identified the cash for the estimated $70-$90 million buildout on the new property.

“Public meetings will begin this spring as we complete design of this corridor,” said McGowan.

There remains one rather obvious spot in the “J” that won’t be Atlanta-owned in the foreseeable future, however. CSX Regional Vice President Craig Camuso said his company has no plans to vacate Hulsey Yard, the rail yard between Inman Park and Reynoldstown. But he said his company will continue to work with the BeltLine as the agency and city put the trail plans together.

The BeltLine is funded in many ways: a sales tax set aside from properties near the trail, transportation sales taxes, federal funds and private donations, for example.

The BeltLine and the city are pursuing another new funding source: a self-taxing district for commercial buildings and apartment buildings near the trail. The state House has passed a bill that would allow Atlanta City Council and property owners to set up such a zone, but it’s running into some objections in the state Senate.

Previous Article
Photo Pick: “Classic Atlanta” The Varsity style by Kemet Alston
Next Article
Decades after the “I have a Dream” speech, Atlanta professors aim to measure the progess