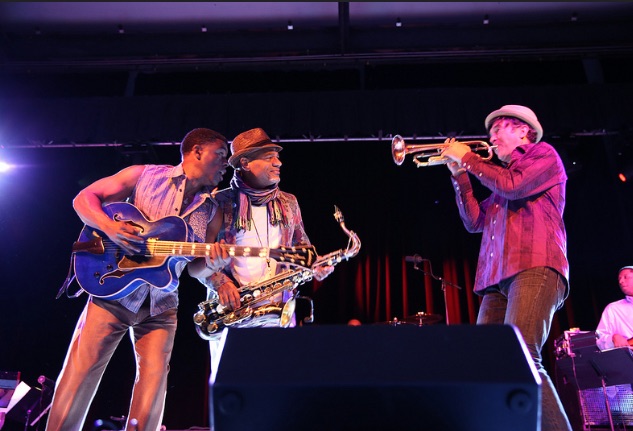 Jazz acts such as BWB, which performed in the 2013 Atlanta Jazz Festival, attract more than 300,000 visitors to Atlanta, according to city estimates. Credit: atlantafestivals.com

A tussle over banners for the Atlanta Jazz Festival may be emerging between the Mayor’s Office of Cultural Affairs and Atlanta City Councilmember Joyce Sheperd. 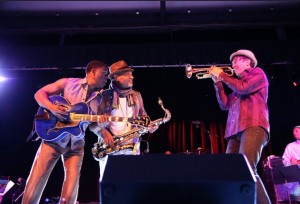 Jazz acts such as BWB, which performed in the 2013 Atlanta Jazz Festival, attract more than 300,000 visitors to Atlanta, according to city estimates. Credit: atlantafestivals.com

Compared to other issues percolating in Atlanta City Hall, the banner flap may be more symbolic than significant.

The jazz festival is a cultural jewel that traces its heritage directly to former Mayor Maynard Jackson, who founded the original event in 1978. Mayor Kasim Reed embraced this legacy and, in 2013, moved the Office of Cultural Affairs into his office, from the city’s parks department.

In this symbolic context, a discussion over the location of banners for the Atlanta Jazz Festival speaks to the relationship between Reed’s administration and the Atlanta City Council.

Sheperd wants some banners hung along Metropolitan Parkway. Sheperd has worked for years to improve the parkway, which is a major north-south corridor in the 12th District south of downtown that she represents.

Metropolitan Parkway will be a gateway for fans headed to hear jazz performed at Perkerson Park. Fans arriving by vehicle likely will approach the park on Metropolitan and turn west on Deckner Avenue, which forms the park’s northern boundary. 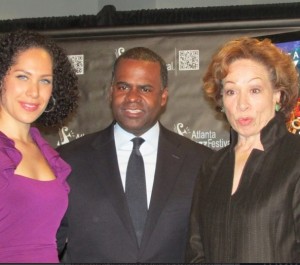 The administration plans to hang banners along Deckner Avenue, but, evidently, not along Metropolitan Parkway.

“We’re trying to grow that festival,” Sheperd said at Tuesday’s meeting of the council’s Utilities Committee. “Deckner is not on the main street. Metropolitan is a major thoroughfare. Add a few to Metropolitan, so they’re not just where the event is going to be. Maybe a few in front of Atlanta Metropolitan Technical College. That way, we would know that area is where the jazz festival is going to be.”

Camille Russell Love, Atlanta’s cultural affairs director, described a number of reasons why it may not be possible to hang banners along Metropolitan Parkway.

“The issue is the number of banners available and whether Georgia Power poles are available for us,” Love said. “We can take a look at Metropolitan, and we’ll have to see where we would take them away.”

Love said the city has about 150 signs that are to be displayed around the city. About 10 banners are associated with the events at Perkerson Park. They were made available when Adams Park was dropped as a venue. 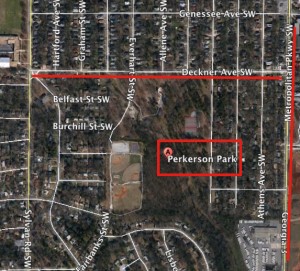 Atlanta Councilmember Joyce Sheperd has asked that banners for the Atlanta Jazz Festival be displayed on Metropolitan Parkway, a major corridor, in addition to Deckner Avenue, which abuts the venue at Perkerson Park. Credit: Google Earth, David Pendered

Councilmember Natalyn Archibong, who chairs the Utilities Committee, noted that banners are not displayed throughout the city. Rather, they are displayed near venues. Some residents of the 5th District that Archibong represents often feel their neighborhoods are overlooked in city affairs.

Love responded that a lot of banners are displayed in Midtown, near the major venue of Piedmont Park. Banners will be added to Edgewood Avenue because of a new event that’s related to efforts to highlight the Atlanta Streetcar.

Love also responded to Sheperd’s request for banners to be displayed along Metropolitan Parkway. Love said she’ll come back to the committee with a specific recommendation to address the parkway and Perkerson Park.

“It may be that we don’t have so many on Deckner, but put them on Metropolitan,” Love said.

The committee approved the legislation that prompted Love to attend the meeting in the first place. The committee agreed to waive the usual fees charged to hang banners on public rights of way – $100 per banner, plus a deposit of $1,000 per banner.

The city council is slated to vote on the matter at its March 2 meeting.