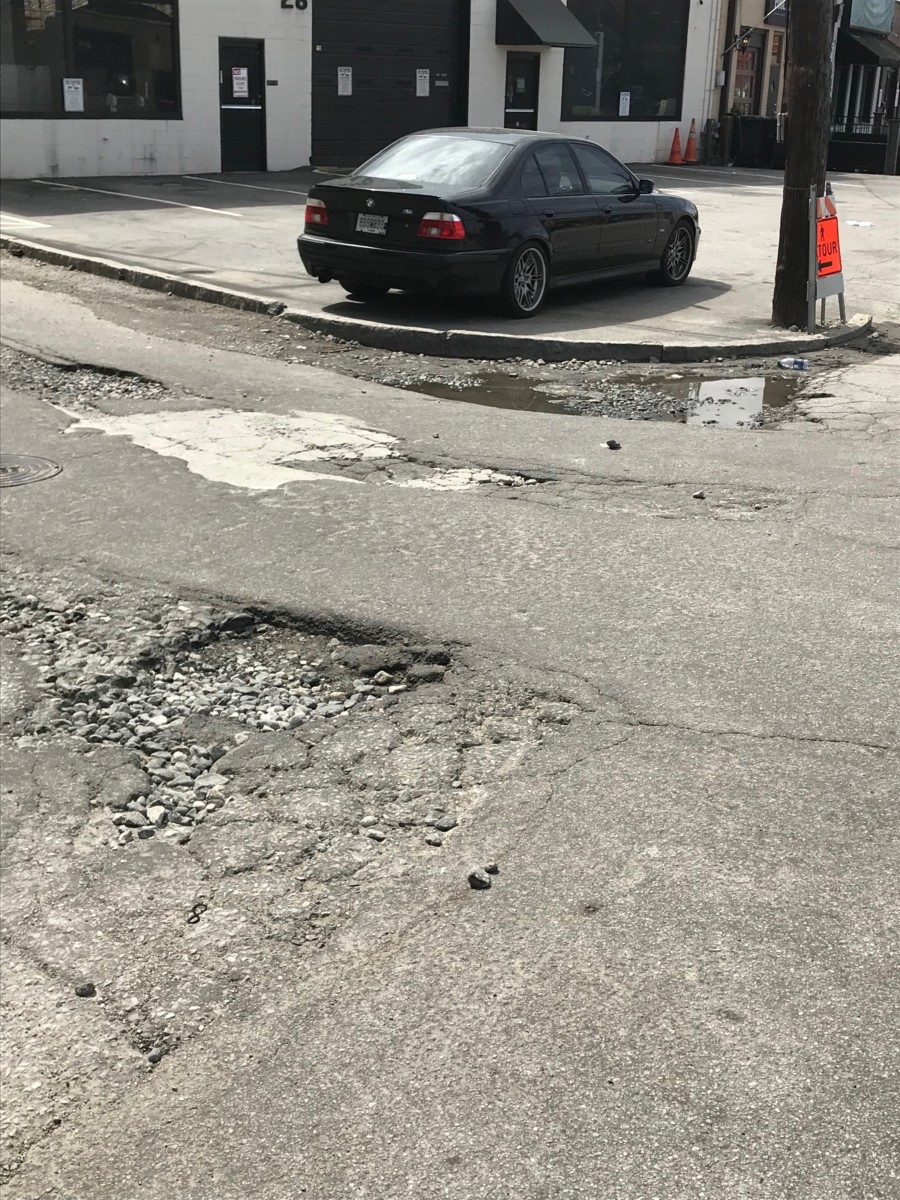 These potholes on Early Street, in Buckhead, illustrate the extent of the pothole problem if repairs weren't made. This area is near a construction zone. Credit: David Pendered
Share20
Tweet
Share
Pin
Pocket
WhatsApp
Buffer5
Email
Reddit
25 Shares

Atlanta Mayor Keisha Lance Bottoms on Wednesday formally announced a new department, a new leader and a new plan to make it easier and safer to get around Atlanta.

It’s a big job in a city that’s filled with own residents plus daily commuter and visitor arrivals. 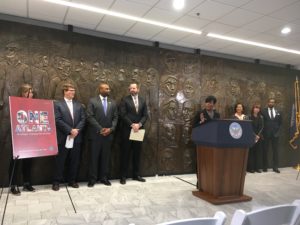 A nationwide search for a commissioner for a new Atlanta Department of Transportation led right back to Atlanta City Hall and to Josh Rowan, who’s already overseeing two major programs of public works improvements.

There’s been a lack of coordination among those offices, and there have been inefficiencies, said city COO Joshua Williams.

“Today we are well on our journey to working as one team, not three, with one leader laser-focused on the one goal that we’ve established,” said Williams.

The goal is outlined in an 81-page book handed out at City Hall on Wednesday morning: Atlanta’s Strategic Transportation Plan.

The idea is a safer, more equitable and more sustainable transportation network. The means are the sidewalk replacements, signal upgrades, bike lanes, repaving projects and more listed in the $200 million, three-year plan.

Rowan said the words that come to mind when he reads the report are “safety” and “beauty.”

“When I think of ‘safety,’ I think of a system that, all users, whether they’re using four wheels, two wheels, or no wheels at all, can move efficiently through the city of Atlanta in a safe manner and have the freedom that transportation provides,” Rowan said. 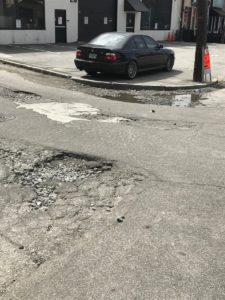 No sidewalk and a less-than-ideal street in Buckhead. Credit: David Pendered

Since March, Rowan has had the job of trying to turn around the city’s $530 million Renew Atlanta and TSPLOST programs. The voter-approved programs from 2015 and 2016 set up a bond sale and sales taxes to fix roads, bridges, sidewalks, public buildings and the like. But the two programs are going to deliver much less than promised. The Renew/TSPLOST team have published a working list of projects to prioritize, which is heavy on complete streets.

And even $530 million wouldn’t come close to covering the city’s backlog of public works. The figure of “$1 billion” in backlog gets used a lot, a number that apparently first appeared as “$922 million” for transportation infrastructure replacement needs in a 2011 city infrastructure survey. Wheelchair users have sued the city, saying that sidewalks are so bad that they’re denied equal access to public facilities.

At a press conference announcing the transportation news, Bottoms shared the story of how her grandmother was able to fully depend on on public transportation for decades to get from her home on Burbank Drive to her job at Lenox Square.

“There are families throughout our city who are still looking for those same resources and access,” Bottoms said.