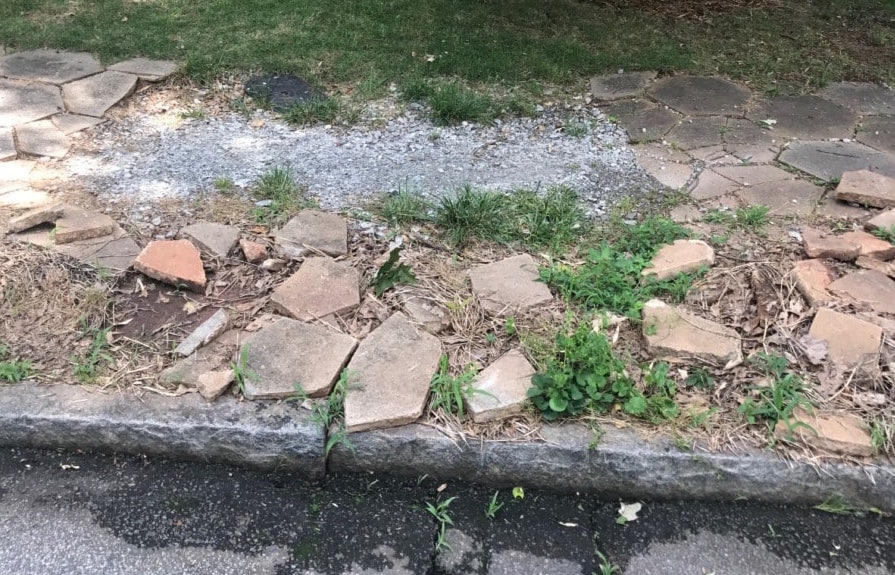 Atlantans’ seemingly never-ending struggle against broken sidewalks, potholed roads and bridges in need of repair has a new price tag: $2.6 billion. Which is more than the whole annual budget.

The $2.6 billion would get city sidewalks, roads and bridges into a state of good repair, according to a new estimate that city Transportation Commissioner Josh Rowan presented to an Atlanta City Council committee last week.

The price tag doesn’t include keeping up everything that would deteriorate during the decades it would take to clear the backlog.

For a bit of scale, Atlanta’s entire discretionary budget is about $673 million this year. Out of that “general fund,” Atlanta already has to pay for standard city stuff, like police, fire and staff salaries.

Council members are well aware that the backlog is huge and that it makes constituents angry.

Most members of Council have written or signed legislation trying to work on one piece or another of it, said At-large Councilman Andre Dickens.

“We don’t have as much money as we’d like to have to do this, so we’ve got to plan it out,” Dickens told his Transportation Committee Wednesday night. Most of Council showed up to the evening work session on sidewalk and other transportation funding, even the ones who aren’t on the committee.

About 60% of the city’s streets are rated fair or worse, condition-wise, Rowan told Council members. And there are aging bridges, he said. The sidewalks are bad enough that a group of wheelchair-users have sued the city, saying the state of the sidewalks violates their equal-access rights.

Southwest Atlanta District 11 Councilmember Marci Collier Overstreet said she’s got places with broken sidewalks, no sidewalks at all and crosswalk buttons that no one can reach unless they can get into grass and dirt.

“We’ve got people that can’t navigate because they don’t have a sidewalk — broken or in good repair,” she said. “I just want to make sure we keep that conversation top of mind.”

Agreeing that there’s an infrastructure problem is the easy part.

Finding the billions of dollars is the hard part.

It would take about 67 years for Atlanta to do all that work if the city only uses general funds, impact fees and state and federal funding. Those things together come to about $39 million this financial year, Rowan told Council members.

He thinks it could be trimmed down to about 20 years, but the key is that the basic spending out of the general fund won’t be enough.

The city will have to look for other, additional sources of money.

One relatively easy and necessary source is for Atlanta to get better at getting state and federal grants.

Other ideas get more politically difficult, like tolling commuters as they drive into the city or renewing the city’s sales tax for transportation. Or finding some other way to fund sidewalks, besides saying that adjacent property owners are in charge.

(The sidewalk policy is controversial anyway and Rowan said he hasn’t seen an attempt to cite owners for failure to maintain sidewalks since he joined the city in 2019.)

Council members have talked about road tolling and a sales tax and some new sidewalk law.

Pressure is on for them to make some decision, as the city’s last two big transportation spending programs, TSPLOST and Renew Atlanta, are coming to a disappointing close. The two delivered much less than promised.

But the city has also admitted that and made some changes in the last few years, like creating a Department of Transportation to take up and coordinate work that used to be spread out among other departments.