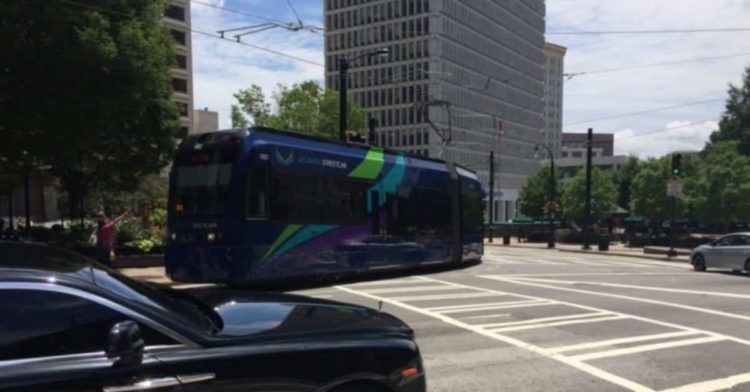 The Atlanta City Council on Monday is expected to approve a contract for nearly $1 million to hire a consultant to advise on safety and security issues for the Atlanta Streetcar. 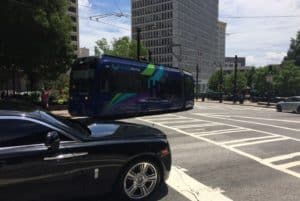 Atlanta is preparing to pay up to nearly $1 million to a contractor to create a safety operations manual. File/Credit: David Pendered

The consultant is to be hired more than a year after the Federal Transit Administration sent a letter declaring its, “continuing concerns with the safety and operation” of the Atlanta Streetcar.

The hiring follows an admonition issued in January by the Georgia Department of Transportation that cited multiple lapses in safety and operational requirements, such as maintaining the transit system and conducting drug and alcohol tests both at random and after an accident, as required by federal law.

GDOT noted a lack of clarity over who’s responsible for various aspects of the streetcar. Atlanta owns the transit system and MARTA manages its operations. The streetcar is administratively attached to the city’s Department of Public Works.

Larry King, deputy commissioner of public works, said the streetcar is now is compliance with state and federal laws and regulations.

“This procurement was to provide specialized safety and security consulting service, to make sure we comply with federal and state requirements,” King said during his Nov. 30 presentation to the council’s Transportation Committee.

Atlanta plans to hire Transit Safety & Security Solutions, Inc. to write the safety and security manual. Atlanta is to pay about $189,000 a year over the course of a five-year contract, according to the pending legislation.

Committee Chair Yolanda Adrean questioned why the legislation presumes the company will work for five years and includes the total cost – $ 948,854.35. The legislation calls for an initial two-year contract, followed by three one-year renewal options.

Adrean noted that most other procurements cite the initial term and the cost of that term. If that were the case with this contract, the legislation would have said the company was being hired for two years at a cost of about $378,000.

No other committee member joined in addressing Adrean’s concern. Councilmember Carla Smith said the proposed terms will benefit the city because the price is locked in.

“Let’s be honest, nothing ever goes down,” Smith said.

Atlanta intends to hire a consultant who will provide an array of safety protocols, including a ranking of potential mishaps based on severity. Credit: Atlanta RFP FC-8837

Adrean concurred and the committee voted 5-1 to approve the contract, with Councilmember Felicia Moore voting no. Because the vote wasn’t unanimous, the legislation will not be included in the bundle of legislation the council will approve en masse at its Dec. 5 meeting. This paper will be voted on in a separate action.

Transit Safety & Security Solutions, Inc. provides this description of the company on its website. The company:

The company registered to do business in Georgia on May 19, 2014, according to the Georgia Secretary of State. The streetcar opened for service on Dec. 30, 2014.