Atlanta poised to accept $250,000 to create a chief overseer of city’s bicycling programs 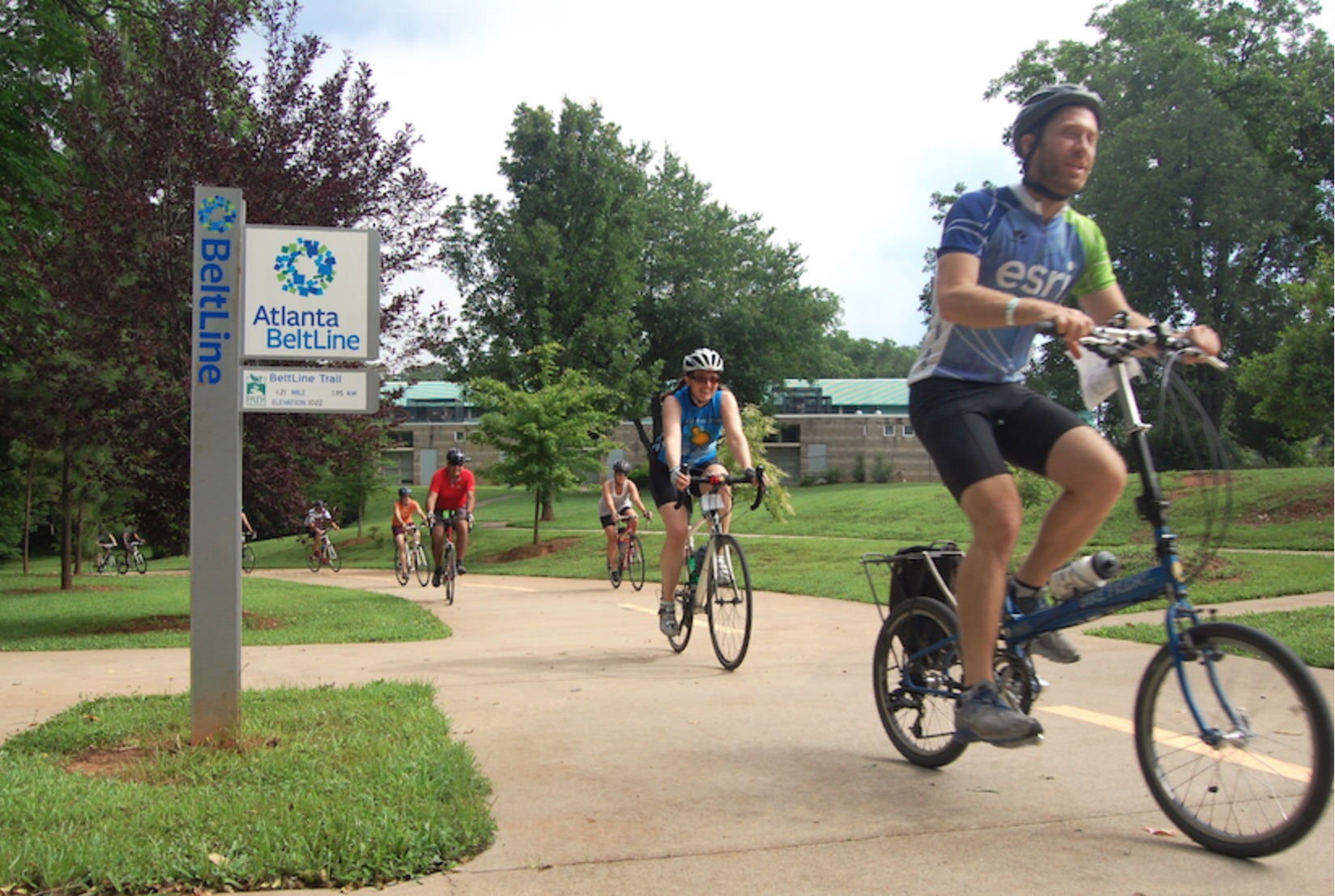 The Atlanta City Council is slated to approve legislation Monday that accepts funding to hire a chief bicycle officer, who is to oversee the city’s comprehensive efforts to promote cycling. 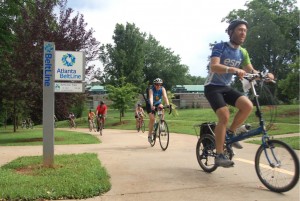 Atlanta is poised to accept a $250,000 grant that will enable it to create a position to coordinate the city’s various bicycling programs. Credit: beltline.org

The Arthur M. Blank Family Foundation provided a challenge grant in the amount of $250,000 via the Atlanta Bicycle Coalition, according to the legislation. The city’s Department of Planning and Community Development has agreed to match the challenge with $250,000.

The challenge grant is to cover program costs for five years. At the end of the period, Atlanta intends shoulder the full cost of the program, Atlanta Planning Director Charletta Wilson Jacks said at the Sept. 29 meeting of the city council’s Community Development Committee.

“We are ecstatic to stand before you and ask for approval to accept and sign a grant agreement with the Atlanta Bicycle Coalition,” Jacks said. “The position will champion and oversee bicycle projects.”

In addition, the CBO is make certain that the recently approved Cycle Atlanta plan, the city’s long-range plan for expanding bicycle infrastructure is actually implemented. The Cycle Atlanta plan was incorporated into the city’s comprehensive transportation plan called Connect Atlanta. 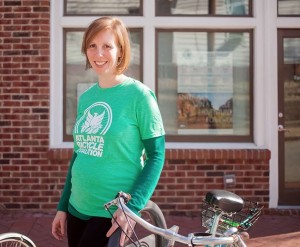 Rebecca Serna, executive director of the Atlanta Bicycle Coalition, helped arrange a $250,000 grant to Atlanta from the Blank Foundation. The city will use the money to fund a new position, chief bicycle officer. Credit: mailchimp.com

Atlanta Councilmember Andre Dickens, who chairs the Community Development Committee, asked if the money is intended to fund one position at an annual salary of $250,000. Dickens indicated he knew the answer, but wanted to put the matter on the public record.

Jacks responded that the $250,000 is to be drawn down over a five-year period. At the end of that cycle, the Planning Department intends to fund the position, Jacks said.

The committee approved the legislation unanimously with only one other comment. Atlanta Councilmember Joyce Sheperd said she supports the new position because it will enable Atlanta to keep up with the growing trend of folks shifting to bicycles as a major mode of transportation.

“Our world is changing,” Sheperd said. “Trends are changing. How folks actually are commuting are changing. Having a director will help us [manage] that … and make sure we’re getting it right.”

Atlanta Mayor Kasim Reed announced the position May 14 and cast it in the light of the city’s expanding effort to promote cycling.

“A chief bicycle officer for Atlanta comes at the perfect time to leverage the progress we have made and the opportunities before the city,” Reed said in a statement issued that day. “From the city’s infrastructure bond spend to the bike sharing program and Atlanta’s engagement with the ‘Mayor’s Challenge for Safer People, Safer Streets’ sponsored by the U.S. Department of Transportation, this is an exciting time for cycling in Atlanta.”

Rebecca Serna, executive director of the Atlanta Bicycle Coalition, said this in the statement: “By funding and hiring a chief bicycle officer, the city and its supporters in the philanthropic community are sending a clear message that we are serious about creating a network of safe and connected bikeways designed and built thoughtfully for the benefit of all. This position is an example of how the Atlanta Bicycle Coalition is bringing new resources to the table for a more bikeable, walkable, livable city.”

Penelope McPhee, president of the Atlanta Falcons Youth Foundation, which is the affiliated fund of the Blank Foundation that provided the grant, said in the statement: “Thanks to the successful advocacy of the Atlanta Bicycle Coalition and the city of Atlanta, biking is becoming a high priority across Atlanta. We are thrilled to support the momentum of this work that is benefitting residents in so many different ways and is helping make our city safer, healthier and more economically competitive.”

Previous Article
University presidents from around the nation in Atlanta to expand climate commitment
Next Article
Boys’ High legacy lives on through $800,000 gift to Grady High