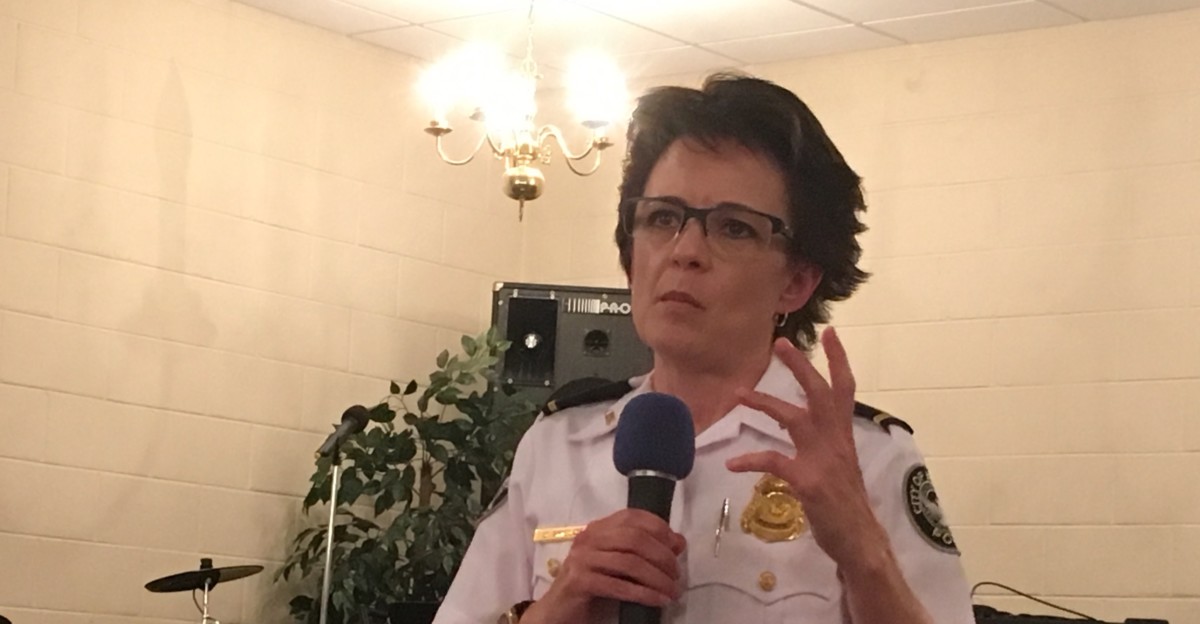 Atlanta Police Chief Erika Shields is always looking at something out of the corner of her eye. While she watches her department squeeze one kind of crime down, she’s got to look for what else might be creeping up, or the place that criminals think is the latest good target. She says her department needs an assist from judges. 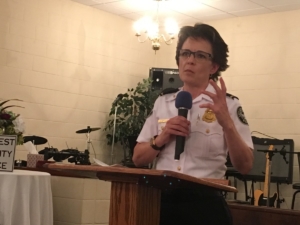 That was a point she made several times in a wide-ranging nearly 90-minute public meeting of the Northwest Community Alliance that she headlined on Wednesday. One question was from a resident who said she feels like she lives in the Wild West and is forced to live with crimes like car thefts and a particular gas station where she said purses are getting snatched over and over.

First, Shields said those crimes are not acceptable and that people shouldn’t have to live with them. But she also said police can’t be the only solution to breaking a cycle like that because it would take police on every corner.

“There is a very real problem with some of the components of the judicial system that make it very difficult to get a handle on what you described,” Shields said.

That is, the suspect bonds out, either for money or on their signature.

“I can’t explain some of the decision-making,” Shields said later in the talk. “There are a couple of judges that routinely let people go,” Shields said.

District Attorney Paul Howard has sometimes feuded with judges over decisions to grant bond himself.

Though on the other hand, there are those who say there should be no cash bail at all because it penalizes people who are too poor to pay, whereas people fortunate enough to have cash go free as they await a hearing.

Shields also paused over children. Reigning in adults is one thing, but she said children who have no structure at home, no caregivers to speak of and are committing crimes to live are something different. For the latter, she prefers the At-Promise Center, a sort of community center with intensive services like tutoring for young people.

She also said she wants businesses to be engaged in their own security.

Shields said it’ll be a few bucks a month for businesses to install cameras that will feed into the city’s video integration center, under a joint agreement that’s coming together between Georgia Power and the Atlanta Police Foundation.

Some places across the country have mandated various security measures at gas stations.

Shields said more cameras feeding into the video integration center would be a great help with real-time information.

While it’s not required by city ordinance, neighborhoods can put pressure to install cameras on builders who bring project pitches to neighborhood meetings or NPUs.

The event host, Northwest Community Alliance, is a coalition of several northwest Atlanta neighborhoods and what organizers refer to as “neighborhood-friendly” developers and businesses dedicated to smart growth.