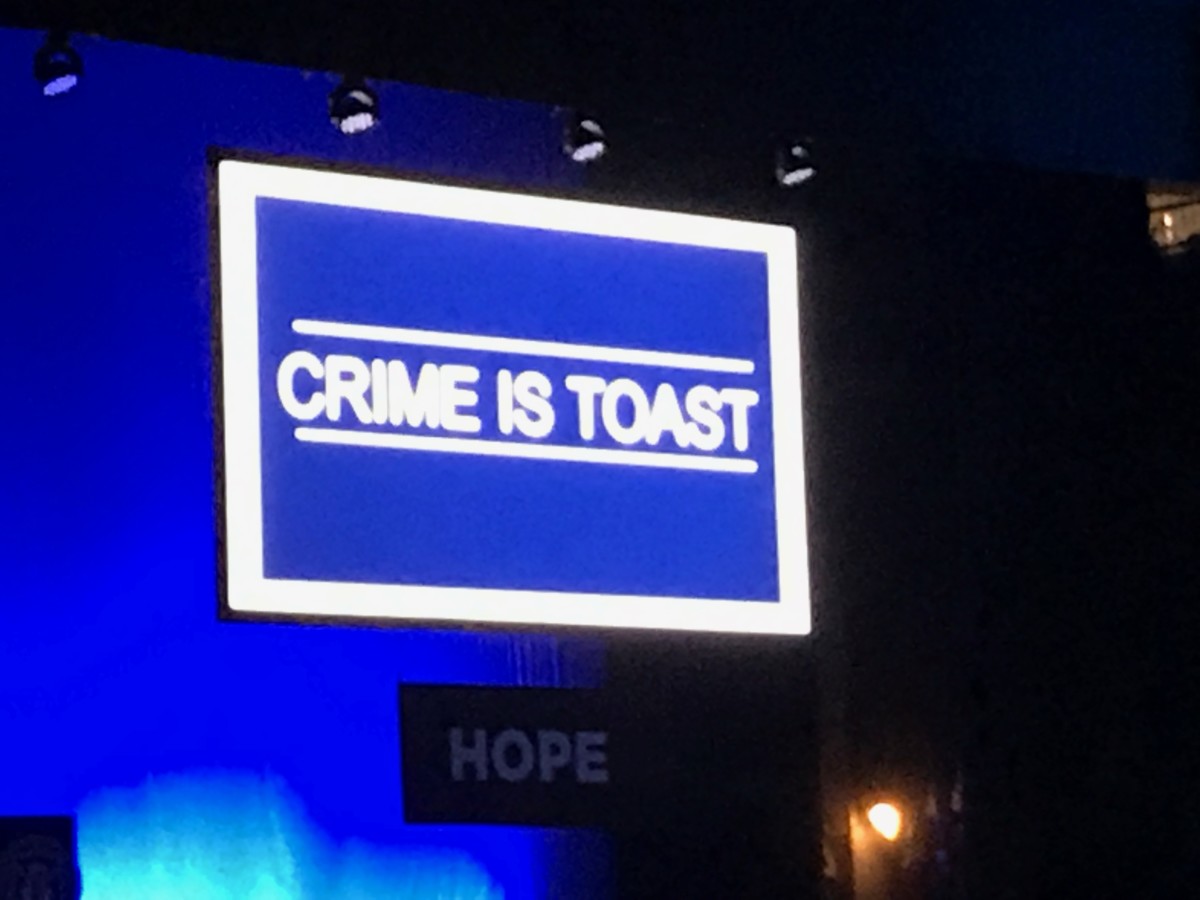 At the annual “Crime is Toast” breakfast Thursday morning, the chair of that campaign – Jeffrey Sprecher – made the announcement at the end of the event. 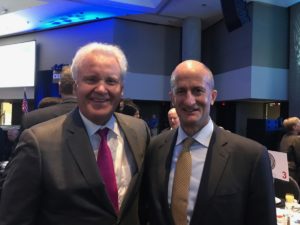 Sprecher, founder and CEO of Intercontinental Exchange and chair of the New York Stock Exchange, explained how the Foundation’s president and CEO, Dave Wilkinson, got the campaign cabinet to raise so much money.

“I need you to raise more money than you’ve ever raised,” Wilkinson told Sprecher about 18 months ago of the initial $12 million goal. “I need you do it quickly in the next couple of years.”

Sprecher and the cabinet went to work, and reported back to Wilkinson they were confident they could raise the $12 million.

Then Wilkinson found other projects the Foundation wanted to fund, and he told the cabinet he needed $15 million. They went back to work, and when they were confident they could raise that, Wilkinson said he really needed $17 million. And then the goal increased to $20 million.

“People just stepped up,” Sprecher said at the breakfast. “It was really amazing.”

Reed also credited the police department for its professionalism and restraint in how it handles interactions with the public and suspects. That’s why former President Barack Obama identified APD “as one of the leading police departments” in the nation.

“The $20 million announced today is a historic number for the Atlanta Police Foundation,” Reed added. 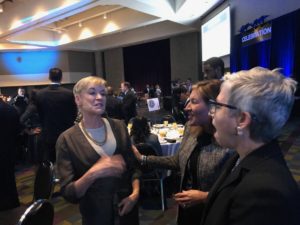 Wilkinson agreed, and said much of the credit should go to Sprecher.

“As we found more needs, we went back to the cabinet,” Wilkinson said. “Jeff was a tremendous leader. He is an iconic leader in the business community. In the end, everybody came through in a big way.”

The campaign has included several programs that were beyond the budget of APD – including more security cameras, a technology infrastructure, training, the At Promise Youth Center on the Westside, a residential community for new recruits as well as housing several police officers in the communities of Vine City and English Avenue in homes provided by the Foundation and its partners.

Atlanta Police Chief Erika Shields said that unlike the cities of Baltimore and Chicago, Atlanta is fortunate to have a mayor, a business community and police department with a common vision.

A highlight of the breakfast was hearing from Immelt, who recently retired as GE’s CEO and now serves as chairman. GE made a major gift to the Foundation to help with its training and technology needs.

“We live in a time of incredible volatility and incredible uncertainty,” said Immelt, who said GE wanted to help the Atlanta police department during “a particularly tough year” – 2016.

“We have a big presence in Atlanta,” said Immelt, who added that he asked Russell Stokes, the leading GE executive in Atlanta how the company could help the city’s police department. “As long as you have an active business presence in a city, the police force should not be lacking…. We should do it on our own nickel.” 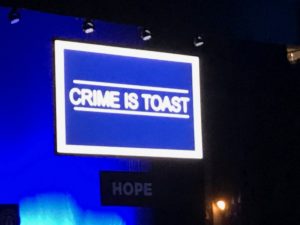 As Immelt was leaving the breakfast, he was asked why GE picked Boston instead of Atlanta for its corporate headquarters. “Because you already have Russell Stokes here,” he answered. When pressed again, Stokes said it was not the time to talk about GE’s headquarters decision.

Still during his conversation with Wilkinson, Immelt seemed to indicate that Stokes has a bright future with GE. He recently was promoted to run GE Power, the largest operating division in the company, and he decided to move the base of that business back to Atlanta so he could remain in the community.

“I have given Russell ever impossible job at the company,” Immelt said, adding it wouldn’t surprise him if Stokes went home at night and hung his likeness in effigy. “As John (Rice) and I retire, we are looking to Russell to help pay our pension.”

By the way, Stokes is committed to serve as the 2918 chairman of the Metro Atlanta Chamber.

Here is the cabinet for the “Cutting Edge, Cutting Crime: Campaign for a Model City”: