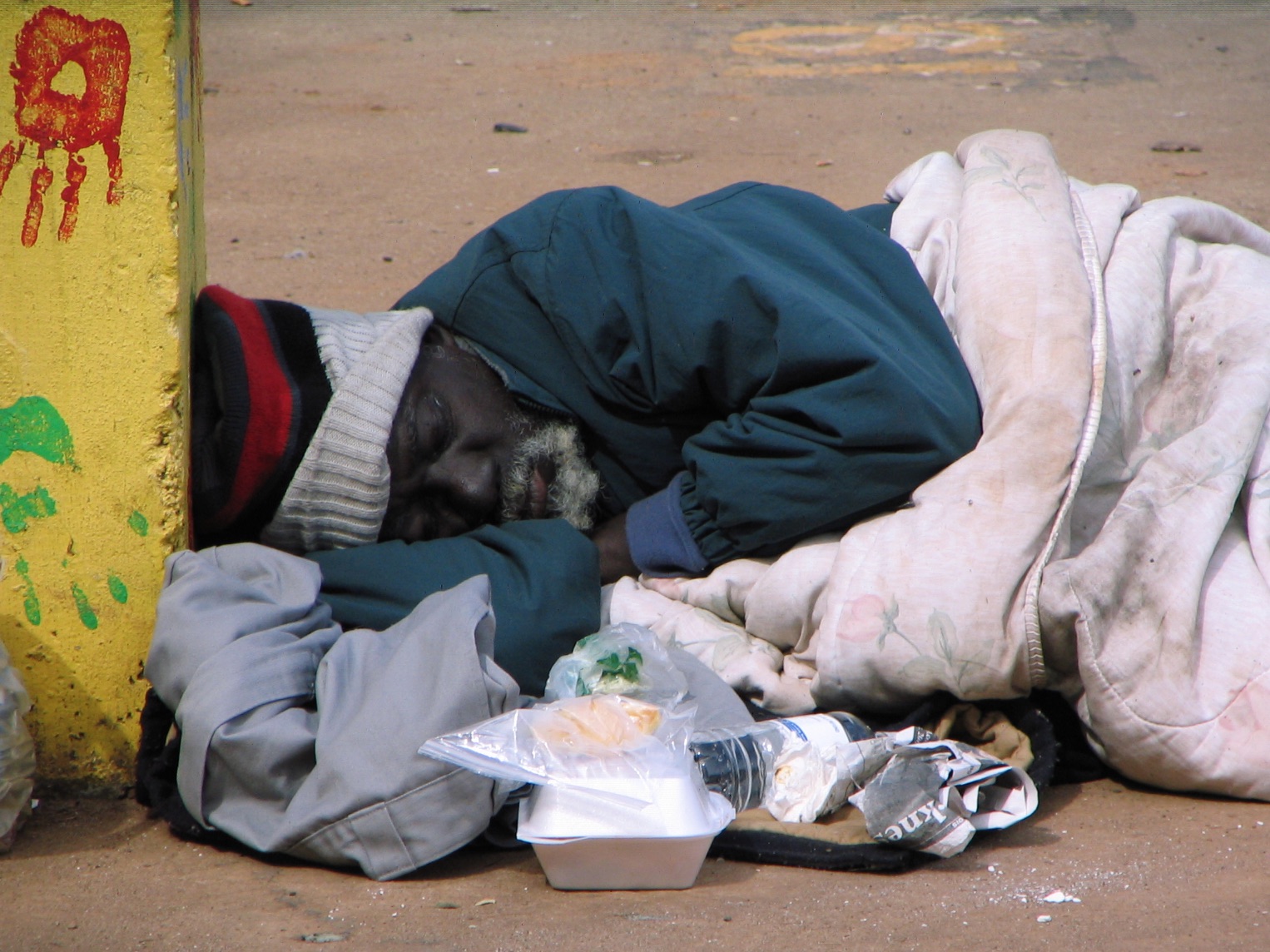 A missionary Saved Life snapped this photo in 2010 of a man sleeping across a street from the Peachtree and Pine homeless shelter. Credit: savedliferide.wordpress.com

Atlanta Mayor Kasim Reed has said Atlanta will condemn a homeless shelter located at the corner of Peachtree and Pine streets because controversy has lingered, “too long.” Meanwhile, the Obama administration has filed a brief in a federal lawsuit in favor of the rights of homeless persons. 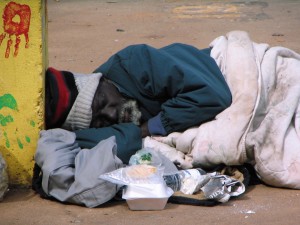 A missionary serving with the group, Saved Life, snapped this photo in 2010 of a man sleeping across a street from the Peachtree and Pine homeless shelter. Credit: savedliferide.wordpress.com

On Aug. 6, the federal Department of Justice filed a brief in a case pending in federal court in Idaho. At issue is the criminalization of behavior that homeless persons cannot avoid. Specifically, the case involves sleeping in public spaces.

According to the DOJ statement of interest filed in Bell v. City of Boise et al., the city cannot forbid persons from sleeping in public:

The federal court ruling issued in this will not extend to Georgia. But if the ruling favors the homeless, it likely would be cited in any lawsuits filed regarding the Peachtree and Pine shelter. Precedence does matter. 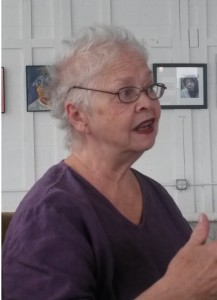 For example, a potential case could note that some folks who otherwise would sleep at Peachtree and Pine may end up on the streets if it is closed. Atlanta police can be expected to detain some of them on charges related to sleeping in public, or charges related to public indecency or public nuisance. Reed said 300 to 400 individuals currently stay at Peachtree and Pine.

The Idaho case was cited in an Aug. 23, 2013 report to the U.N. Human Rights Committee. The report was presented by the National Law Center on Homelessness and Poverty.

Anita Beaty, executive director of the Metro Atlanta Task Force for the Homeless, was a member of a coordinating group that helped craft the report, according to its acknowledgements page.

Here’s how the report describes the case pending since 2009 in the District of Idaho:

Reed said the city will take ownership of the Peachtree and Pine property through condemnation procedures.

Condemnation, or eminent domain, typically has been used to take land for roads, schools, and other public uses. Under those premises, Atlanta could have trouble making a case to condemn Peachtree and Pine.

However, the rules of eminent domain changed in 2005. That when the U.S. Supreme Court ruled in Kelo v. City of New London that a city could condemn property for the purpose of economic redevelopment.

According to a report by the law firm Smith, Gambrell & Russell, the ruling in the case of, established that, “if an economic project creates new jobs, increases taxes and other revenues, and revitalizes a depressed (even if not blighted) urban area, it qualifies as a public use.”