State lawmakers from Atlanta’s legislative delegations will hold an Oct. 18 press conference to “throw down the gauntlet” against Buckhead cityhood as they and other opponents play catch-up on the high-velocity separatist movement. 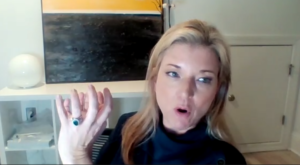 “Everybody thought this was not gonna catch on. It has,” said Buckhead-area state senator and Georgia attorney general candidate Jen Jordan, who was among the Democratic senators and representatives who gathered in a joint virtual planning meeting on Oct. 15. She said it is “time to get everything together and come up with a plan.”

The delegation lawmakers said they’ve fallen behind on messaging as Republican legislators who don’t represent Buckhead or Atlanta have stoked the cityhood movement and its publicity. State Sen. Nan Orrock, the one who referred to the “gauntlet,” said there is potential to unite people of all political flavors against the “chaos” Buckhead secession would bring to bond ratings, school systems and more.

“We’re in shark-filled waters, as far as I’m concerned, in terms of what an ugly turn this could take,” Orrock said.

The delegation also discussed the political process and tactics around legislation that would be required to deannex the neighborhood, incorporate it as a city, and allow a public vote on the 2022 ballot. Jordan noted that the crucial deannexation bill typically would be treated as local legislation that could be killed by the Fulton County delegation — but everyone agreed that the General Assembly’s Republican majority is capable of changing the rules freely. In addition, some type of hearings on the incorporation bills are expected in a November special session called for legislative redistricting, which Orrock said would provide another “big publicity pop.”

Particular soft spots in the pro-cityhood argument identified by the delegation included the fate of Atlanta Public Schools students and properties and the fact that the referendum would be only for Buckhead voters — not citywide. Impacts on the statewide economy from bond disputes is another. Some lawmakers are also studying the similar effort of a Stockbridge neighborhood to secede as the city of Eagle’s Landing, which failed at the ballot in 2018 and sparked lawsuits.

Rep. Betsy Holland, a Buckhead resident, said the Georgia Municipal Association and the Metro Atlanta Chamber are among the groups joining the opposition. (Neither could immediately be reached for comment.) Noting that the pro-cityhood Buckhead City Committee (BCC) claims to have raised over $1 million, Holland said the anti-cityhood Committee for a United Atlanta is “nowhere near that number.”

General frustration with the lack of vocal opposition was a running theme. Rep. Stacey Evans said her daughter plays basketball at Northside Youth Organization in Buckhead’s Chastain Park, so she regularly sees the many pro-cityhood vote yard signs the BCC has distributed in the area.

“Where are they? When are they going to start spending and talking?” Evans asked of the supposed opposition allies. “We can only do so much… We need a similar microphone or bullhorn going…”

When told some business groups had bought anti-cityhood ads, Evans said, “Well, it’s not working… Maybe they’re talking to themselves. It’s not getting out.” 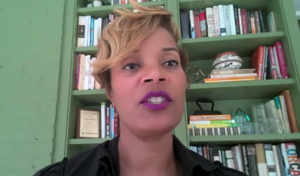 “Because we as a delegation have not… individually or collectively really said anything about this, all the driving voices on this so far have really been Republican or those not in the Legislature who don’t represent this area,” said Sen. Sonya Halpern, who helped lead the meeting and provide info.

Among the non-lawmaker attendees who listened in at the meeting without speaking were APS government affairs official Erica Long and Atlanta City Councilmembers Natalyn Archibong, Marci Collier Overstreet and Matt Westmoreland.

The effort to create “Buckhead City” emerged last year in advocacy from a local real estate agent and caught fire due to concerns about the spike in crime, which locally included such horrors as the shooting death of a child riding past Phipps Plaza mall. However, it has taken a strongly partisan tone, with the backing from outsider GOP lawmakers and the BCC’s own polling showing a massive Republican-vs.-Democrat divide in support for the idea.

The BCC is now led by Bill White, a Republican fundraiser. As Halpern noted, White has talked about cityhood on the Fox News show “Tucker Carlson Tonight” and recently showed up smiling in a photo with U.S. Rep. Marjorie Taylor Greene (R-Ga.), notorious for losing Congressional committee assignments due to promulgating far-right conspiracy theories, who praised the cityhood effort.

Halpern said “that is the push and that is where they are really aligning themselves… I’ll say at least Bill White is trying to align himself with folks like that,” referring to Carlson and Greene.

Orrock said she believes many Republican state lawmakers will be persuadable against cityhood, especially those aligned with business or who have served in local government when they hear from establishment figures that “all that lies behind this door is chaos.”

The impacts on Atlanta and Georgia’s reputation and thus on big business were a talking point, as were the practical questions as to how Buckhead would pick up bond or pension obligations. “The business community has to weigh in incredibly strong. Business does not like chaos,” said Orrock.

“This is going to be mired in the muck in litigation for years,” Jordan said of such issues as bonds. She said the pro-cityhood idea that “the streets are going to be clean and no crime and all this stuff is just not true. They’re being sold a bill of goods.” 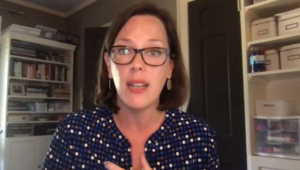 State Rep. Betsy Holland, speaking at the delegation meeting, is a Buckhead resident.

Halpern noted that much media coverage has already identified “racial overtones” in stories about “the wealthy, white neighborhood wants to secede from the Black city.” That is already negatively affecting Atlanta’s reputation, she said.

Impacts on APS was another major talking point for the delegation. Opponents say cityhood would remove a huge tax base for the school district and displace students, while the BCC says some kind of deal would be arranged to continue using the system. The lawmakers agreed such a deal is far from certain and noted that the Georgia Constitution prevents the creation of new school systems. Jordan said the Fulton County School System is the one that would be legally required to accept students from a new Buckhead City. Holland noted that also left open is the attendance question for students who currently attend APS schools in Buckhead now but don’t live there.

“You tell people, ‘Wait a second. You’re not going to be able to go to APS schools,’” said Halpern. “…[That] really does give them pause and it makes them think twice.”

Lawmakers said the BCC talking point that is hardest to counter is the stance that allowing a vote is an act of pro-democracy principle. “I’ve been trying to talk to people and explain why this is a bad idea…” said Rep. Shea Roberts, who represents parts of Buckhead and Sandy Springs. “The hardest one I struggle with answering is when they send me the emails and say, ‘Just let us vote.’”

Jordan noted that the vote is not so democratic in that only Buckhead-area residents could join, while citizens of the entire city would not, despite the wide-ranging impacts. “If you’re really talking about a real vote, it would be citywide,” she said. “I have found that has been a good way to push back in terms of that.”

Some lawmakers also noted that if a new city continued to obtain services like water from Atlanta as the BCC has proposed, its citizens would not be able to vote or otherwise control the government in charge of that.

On the legislative side, the delegation discussed questions including whether the Republican Caucus would be unified or divided on cityhood and whether a required feasibility study would be accepted despite being performed by a university that is not on the standard list for such work. Another tactic was simply keeping track of moves and putting objections on the record for what many assumed would be legal challenges.

“To me, this one is going to go to court. We know it’s going to court,” said Roberts.

The press conference was tentatively scheduled for 11 a.m. at the State Capitol.

“We now launch, and all of us work as much as possible to be transmitting this message out about the chaotic nature of this proposal and how ill-considered [it is],” said Orrock.