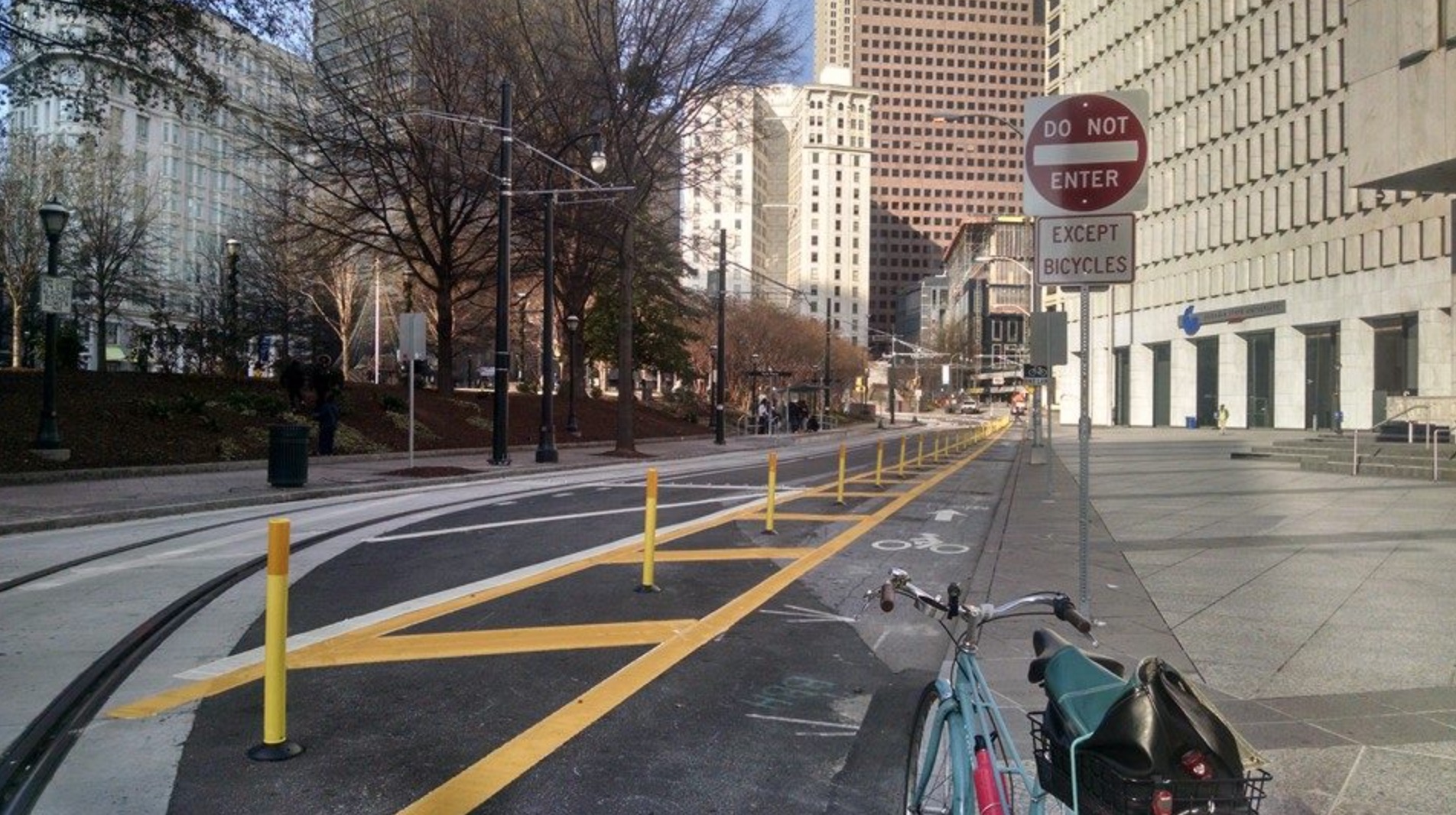 Atlanta's newly appointed chief bicycle officer, Becky Katz, is to oversee the city's efforts to add more bicycle facilities, such as these posts that prevent vehicles from parking in the bike lane on Park Place, in downtown Atlanta. Credit: atlantabike. org

Atlanta’s newly appointed chief bicycle officer has a background of collaborating with neighborhood leaders that she gained in what became the $2 million effort to rebuild the Rev. James Orange Park in the Oakland City community of southwest Atlanta. 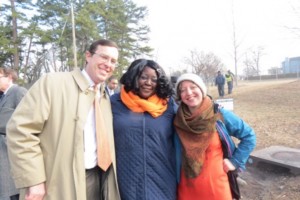 Becky Katz was with Park Pride when she and a colleague worked in the summer of 2012 on Park Pride’s Visioning Team. The task was to lead the neighborhood through a redesign of the park and develop a visioning plan, according to Park Pride’s description of the project.

The outcome of the process resulted in Park Pride awarding a $100,000 grant to redevelop the park. According to Park Pride’s statement:

The grant was the first step in what became a $2 million project to redevelop the park. The additional funding was provided by The Coca-Cola Company, Friends of Rev. James Orange Park, Georgia Stand Up, Atlanta City Councilmember Cleta Winslow and the Orange family, according to a statement issued by Atlanta Mayor Kasim Reed’s office when the pool was officially opened in July.

In the statement, Reed’s office gave significant credit to Park Pride’s work on the project.

“This renovation would not have been possible without the support of Park Pride and the encouragement and input from the community and the Orange family,” said Alvin Dodson, director of park design in the city’s parks department. “Thanks to our partners we were able to create a beautiful, usable space for the residents of the Oakland City neighborhood to enjoy for many years to come.” 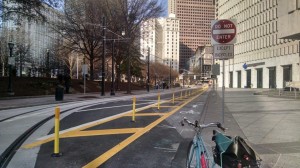 Atlanta’s newly appointed chief bicycle officer, Becky Katz, is to oversee the city’s efforts to add more bicycle facilities, such as these posts that prevent vehicles from parking in the bike lane on Park Place, in downtown Atlanta. Credit: atlantabike. org

Reed characterized the refurbishment of the park as an example of his follow-through on a campaign process to repair and reopen recreation centers, in part to give young people a venue to spend their time in constructive endeavors.

“Rev. James Orange Park was abandoned and an area known for criminal activity when I took office. It is now a place that the community can be proud of,” Reed said in the statement. “With the help of Atlanta’s business and philanthropic community, the Department of Parks and Recreation is serving hundreds of Atlanta youth and providing facilities just like this that nurture academic success and character development.”

Reed was equally effusive in describing his hopes for the work Katz will do in the newly created position of chief bicycle officer. The Atlanta City Council approved legislation Monday that accepted a $250,000 grant from a branch of the Arthur M. Blank Family Foundation that’s to fund the position for five years. The city parks department agreed to match the grant to provide an additional $250,000.

“We are pleased to have Becky Katz join the City as the Chief Bicycle Officer,” Reed said in a statement released soon after the council voted on the enabling legislation. “With the support of the Atlanta Falcons Youth Foundation and the Atlanta Bicycle Coalition, this position will be integral to the city’s continued progress on our Cycle Atlanta goals. Ms. Katz is joining an administration that is energized and organized around the many opportunities before us to make Atlanta the most bikeable, walkable, livable city in the Southeast.”