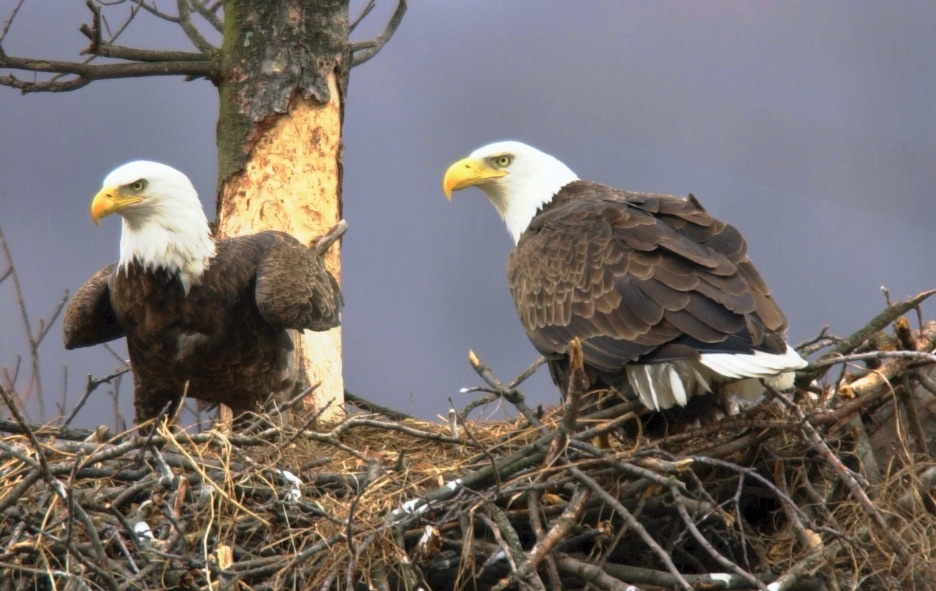 A record number of bald eagle nests have been counted in Georgia this year, according to a preliminary report by the Georgia Department of Natural Resources. Credit: Hal Korber via naturedocumentaries.org

Bald eagles continue their recovery in Georgia, where preliminary results of a new state study report the highest number of nests ever discovered in Georgia. 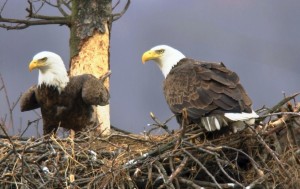 A record number of bald eagle nests have been counted in Georgia this year, according to a preliminary report by the Georgia Department of Natural Resources. Credit: Hal Korber via naturedocumentaries.org

Aerial surveys conducted in January and March by the Department of Natural Resources revealed 210 occupied nesting territories, 166 successful nests and 270 young fledged birds – which have developed muscles and feathers sufficient to fly.

“And eagles,” Ozier said, “are doing their part by adaptively co-existing  with people, in many instances.”

These are the latest (preliminary) stats on Georgia’s bald eagles:

Bald eagles, the national bird of the U.S., were hunted and poisoned to the brink of extinction. Fewer than 250 nesting pairs were counted by the early 1960s, according to britannica.com.

Bald eagles were hunted for a number of reasons: For sport; for bounties paid by state and federal governments; and because they were deemed a threat to livestock, according to britannica.com. In Alaska alone, more than 100,000 eagles were killed from 1917 to 1952.

The federal government intervened in 1940, with passage of the Bald Eagle Protection Act (which exempted Alaska). However, another threat to the bird appeared immediately. 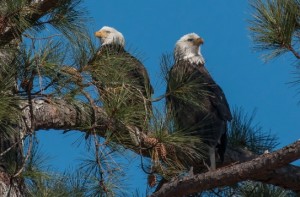 Two bald eagles have called the campus of Berry College their home since 2012. Credit: berry.edu/eaglecam

Use of the insecticide DDT became widespread after World War II. DDT was viewed as a miracle drug used at the end of the war to protect civilian and troops from malaria and typhus. DDT was also found to be effective against a wide variety of agricultural pests.

In her landmark book, Silent Spring, Rachel Carson chronicled the broader impact of DDT as it spread through the food chain from insects to critters that eat insects. Bald eagles, which eat just about anything, including carrion, were among the species that were affected.

Biologists determined that DDT accumulated in the tissue of bald eagles and affected reproduction. The DDT caused birds to lay eggs with shells that were so thin the shells were crushed by the weight of the parent birds as they nested.

Note to readers: Berry College has a web cam that monitors bald eagles that have nested on the campus since 2012.