Buckhead leaving Atlanta would likely have long-term negative effects on bond ratings in both cities and the metro area, according to two academic experts in municipal finance, supporting critics who say the secession would make local projects more expensive and budgets tighter. But cityhood advocates say they have answers to such concerns.

Bonds used to fund government projects have become a major issue in the cityhood debate, especially due to the precedent of the similar — but not identical — failed attempt of Eagle’s Landing to separate from the City of Stockbridge in 2018. That move triggered warnings from major bond rating agencies about statewide impacts and led one lender to file a lawsuit.

The pro-cityhood Buckhead City Committee (BCC) is downplaying the issue, saying both cities would continue to have strong revenue bases and that Buckhead would still pay fees to use bond-funded Atlanta services like water and sewer. Bill White, the BCC’s chairman and CEO, says that “it is not certain” that Atlanta’s credit rating would be affected and that the quality of its management would determine that.

White also pointed to the big difference from the Stockbridge situation. Unlike Eagle’s Landing, Buckhead City is willing to continue to shoulder its share of Atlanta’s bond debt after the split. “This action will set a clear precedent to assure the capital markets that debt holders will not be adversely affected by any future cityhood action in the state of Georgia,” White said.

Critics like the Committee for a United Atlanta (CUA) predict credit-rating chaos and lawsuits, largely based on the Stockbridge precedent and general uncertainty about the unique situation of a major deannexation. A major authority voicing that concern is the Georgia Municipal Association, a 537-city statewide advocacy group.

Bond ratings are the main reason the “GMA will oppose the creation of any new city using portions of an existing city,” including the “potential poor policy choice of carving Buckhead out of Atlanta,” Tom Gehl, the organization’s director of government relations, said.

“Creating a new city of Buckhead out of portions of Atlanta would not just hurt Atlanta. It could hurt taxpayers statewide,” Gehl said. “Should this [cityhood] legislation pass, it is possible that the credit rating agencies would essentially downgrade the municipal bond market in Georgia, thus raising the costs to taxpayers in cities across the state.”

The experts with similar long-term concerns are Daniel Bergstresser of Brandeis University’s International Business School and Justin Marlowe of the University of Chicago, who is editor of the journal Public Budgeting & Finance.

“If Buckhead is allowed to leave, there’s a chance that other neighborhoods will leave in the future,” Marlowe said. “That creates long-term uncertainty about Atlanta’s tax base, and some investors would undoubtedly avoid Atlanta’s bonds as a result.” 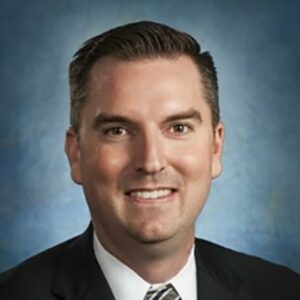 Justin Marlowe of the University of Chicago.

Bergstresser and Marlowe gave mixed-to-negative reviews of the near-term impacts of reworking municipal bonds after the split. Bergstresser was concerned about both cities having less diversification of revenue sources than they do together, which could affect both short- and long-term bonding and other investment.

Marlowe said in the near-term, he believes “to a degree, both sides are correct.” To opponents’ point, Atlanta’s loss of a property tax base would “undoubtedly affect the marketability and credit quality of its debt,” he said, adding, “It’s hard to predict the size of that effect.”

To supporters’ points, Marlowe said, the refinancing of municipal bonds is common. “There’s certainly a scenario where Buckhead leaves and Atlanta renegotiates terms with its bondholders. Atlanta would find itself at a major disadvantage in those negotiations, but it’s possible,” he said. 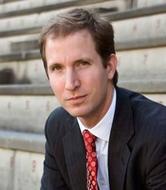 Much more concerning, both experts said, are the long-term uncertainties and outlooks as investors consider whether more neighborhoods would leave Atlanta or other cities — or even break away from the new Buckhead City itself. Bergstresser said Buckhead City might run into trouble if it wanted to issue its own bonds due to its appetite for dramatic political moves demonstrated by the secession itself. “Any sort of investor in Buckhead-only bonds would sort of look at the new municipality and say, ‘That municipality is filled with people who are fond of blowing stuff up,’” he predicted.

Bergstresser also expressed concern with broader possibilities of increased infrastructure costs. “I agree with the critics of the deannexation proposal when they say that Buckhead, on net, benefits a lot from being able to share infrastructure and public services with Atlanta,” he said. “And it, in an economic sense, is intimately tied into Atlanta… and I think lifting that out and creating a friction in terms of development of infrastructure is likely to increase its costs. It’s unlikely to go well.”

Marlowe noted that Atlanta’s bond debt is not a solo situation. Citing the City fiscal year 2020 audit report, he noted it has $655 million in “overlapping debt” shared with other taxing jurisdictions, such as DeKalb and Fulton counties. “Buckhead departing would affect the credit quality and marketability of that $655 million of overlapping debt,” he said. “The size of that effect depends on many factors and is difficult to know, but there would be at least some effect.”

White said the BCC is consulting its own municipal bond experts, including the law firms Murray Barnes Finister and Riley McLendon as well as specialist investment banking firms. He said the BCC has an answer to all of the academic experts’ concerns. 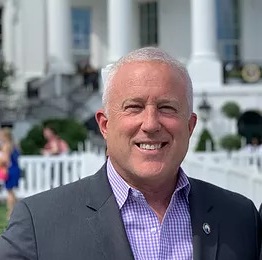 Bill White, chairman and CEO of the Buckhead City Committee.

“Atlanta will not be required to refinance any debt as a result of the creation of Buckhead City,” White predicted because the majority of its debt relates to water, sewer and airport services whose revenues would not change if the new city operates as BCC proposes. And there is that pledge to continue paying the local share of Atlanta’s existing debt and of hotel/motel and rental car taxes.

“To conclude, there will be no adverse effect on any existing Atlanta debt holders,” White said.

As for Atlanta’s bond rating, White said that’s up to the City. “With respect to the effect on Atlanta’s credit ratings, Atlanta will continue to have large and diverse sources of revenue after the creation of Buckhead City, so it is not certain that Atlanta’s credit rating will be affected. If Atlanta presents the rating agencies with a credible plan for how they intend to manage the city responsibly after the creation of Buckhead City, Atlanta’s credit rating should be affected only minimally, if at all,” he said. “… All of the ingredients will be there for Atlanta to continue to be highly rated. It is just a matter of how they choose to manage the city.”

As for Buckhead City, White pointed to a basic cost-and-expense feasibility study, a required part of the cityhood process, that he says shows the new city would be financially strong. “We are highly confident that Buckhead City will have no difficulty accessing financing markets on favorable terms if Buckhead City has a need for financing,” he said.

Surrounding all of the predictions, pro or con, is the fact that deannexation is essentially a big unknown with little precedent. As Bergstresser noted, it’s an “extremely unusual thing” and a “risk that maybe the municipal market hasn’t thought about as much as it should.” And the one clear precedent — Eagle’s Landing/Stockbridge — spooked the market. “They said, ‘We don’t like the sound of this,’” Bergstresser said, recalling the warnings of statewide credit downgrades from Moody’s and S&P Global.

One other precedent that might support arguments on both sides comes from another cityhood phenomenon that even Buckhead City opponents point to as normal: the wave of new metro Atlanta cities led by the 2005 incorporation of Sandy Springs. The cityhood wave was followed by severe financial problems and credit rating downgrades for DeKalb and Fulton counties — in 2011 and 2013, respectively — where the incorporations of Dunwoody and Sandy Springs were cited as among many issues.

“It is possible that a Buckhead incorporation could lead to a rating agency downgrade for Atlanta” based on that similar “history of such rating agency behavior” following Dunwoody and Sandy Springs, said Natalie Cohen, president of National Municipal Research, a New York City-based independent company focused on state and local fiscal issues. “I’m not implying direct cause and effect [from cityhood]. Many factors were involved,” said Cohen, who noted that the counties’ loss of tax revenue from Perimeter Center in both incorporations was significant.

News stories from the time show messy political disputes with references to the tax base hit from incorporations. Fulton’s was especially heated, with state-level efforts to force the county government to downsize as it complained about the loss of Sandy Springs area revenues. Among those cited in the Atlanta Journal-Constitution at the time as telling Fulton that its credit problems were its own fault and that it should downsize following city incorporations, was then-state Rep. Edward Lindsey, who is now co-chair of the anti-Buckhead City group CUA.

Lindsey says the Buckhead situation today is different. “The financial situation faced by the Fulton government in the wake of its new cities versus Atlanta today highlights the dangers any city faces when being carved up,” he said in an email. “As Fulton was being municipaized it had the obligation to reduce its operations to improve its financial standing and turn over local services to the cities. Atlanta or any other city simply do not have that option. Their obligations to their residents do not change.”

The bond rating concern is part of a broader criticism from cityhood opponents that it’s simply an unpredictable idea and that business doesn’t like unpredictability. For Atlanta’s situation, Marlowe said the effects — maybe big, maybe minor — are indeed unpredictable due to the wide variety of factors: how much property tax is lost, whether bond investors can sue, what legal precedents apply, whether ratings agencies weigh in, and more.

“Each of these secession cases is a bit different with respect to those factors,” he said, “so it’s difficult to predict exactly how investors would behave.”

Update: This story has been updated with comment from Edward Lindsey of Committee for a United Atlanta.