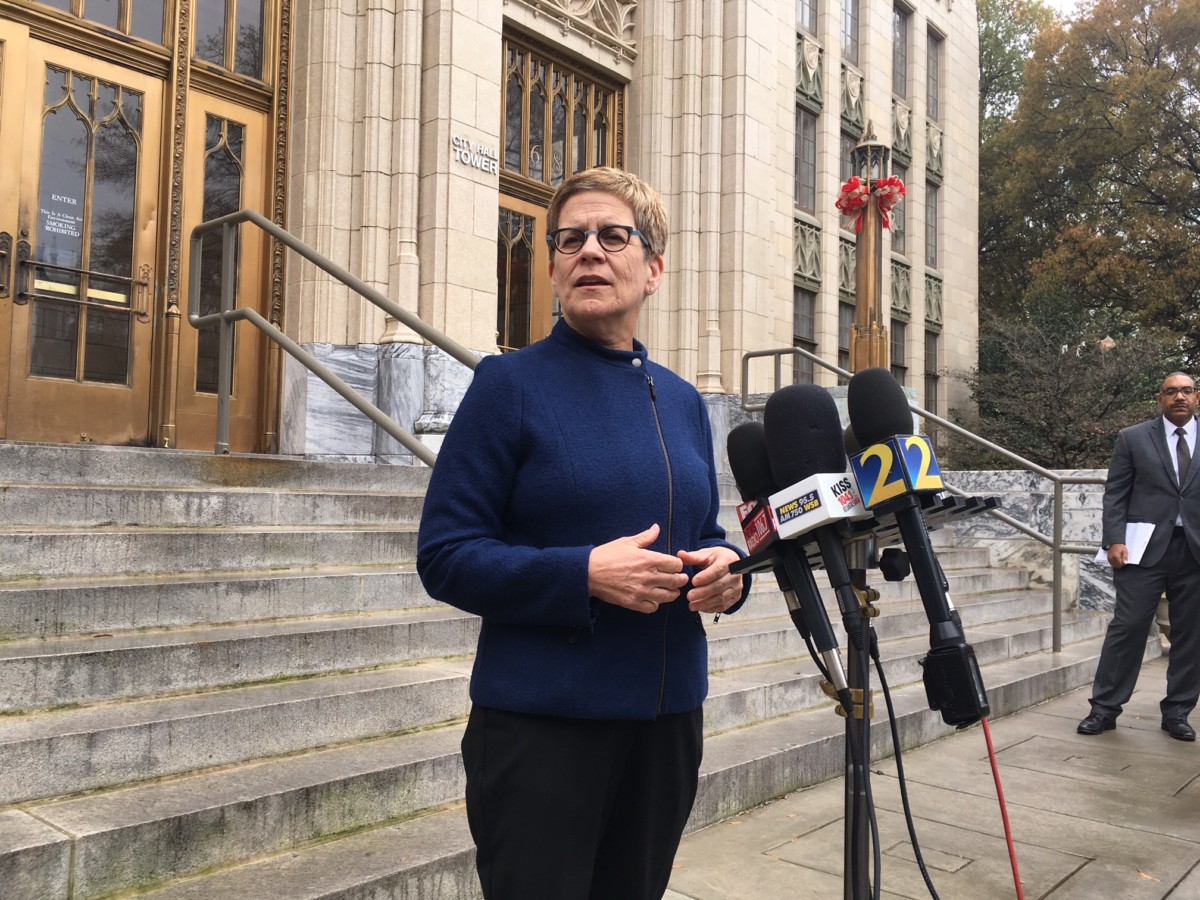 In an announcement that may make a big deal in a close mayoral runoff, third-place Atlanta mayoral finisher Cathy Woolard said she’s going to cast her vote for second-place finisher Mary Norwood.

Woolard said she made the difficult choice after much thought, and settled on her answer just a few minutes before in a parking deck. She said she has a lot of respect for both Norwood and first-place finisher Keisha Lance Bottoms. 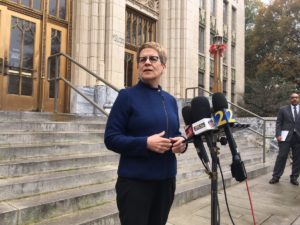 Woolard finished a strong third — with 17 percent of ballots in the first round of voting — making her something of a potential queenmaker in the race. She finished strongest on the east side and campaigned on a platform of fighting for “ATL:” affordability, transportation and livability. And on Wednesday morning on the steps of City Hall, she added a fourth letter: “E” for ethics. She said that she got into the race in part because she was concerned about Atlanta growing haphazardly, about the lack of transit expansion, about the BeltLine losing its way, and about decisions being made or not made at City Hall that were really confounding the growth of the city and leaving people behind.

“When I think about the candidate that I think addresses that issue the best of the two of these, I think Mary Norwood is that candidate. She’s attended all of the City Design meetings, she’s been an advocate and interested in the Atlanta BeltLine since the days that I began this project and working with Ryan Gravel on the project. I just think she has a better sense and a better curiosity about city building,” Woolard said.

She gave Bottoms the edge in some ways, however.  Woolard said she got into the race also because she’s concerned about criminal justice and income inequality. Woolard also said she applauded housing advocates for making an issue of housing affordability.

“When I think about those issues, I’m going to give Keisha a slight edge in that because I think that because we are a majority-black city, that black leadership matters. That representation matters. As the first openly gay elected official in the state of Georgia, I know I was able to do things that no one else would do purely because I was at the table,” said Woolard, who is a former Atlanta City Council president.

But Woolard said the “tiebreaker” issue was ethics and integrity at City Hall — and she gave the point to Norwood. Woolard said Norwood has managed a City Hall career without a pattern of mismanagement or decisions that have been unethical.

By way of background, Woolard has long been critical of Bottoms’ holding two city positions at once: a Council member and the head of the Atlanta Fulton County Recreation Authority. In that second job, Bottoms oversaw the sale of Turner Field to Georgia State University.

Woolard’s news came on the heels of a new poll of 500 likely voters for  that shows Bottoms and Norwood close:  Bottoms got 41.5 percent, Norwood got 38.7 percent and “undecided” got 19.9 percent.

The poll has a 4.4 percentage point margin of error, according to the methodology published by Opinion Savvy. They conducted the poll for WAGA Fox 5 and contacted folks via landline or smartphone on Nov. 26 and 27.