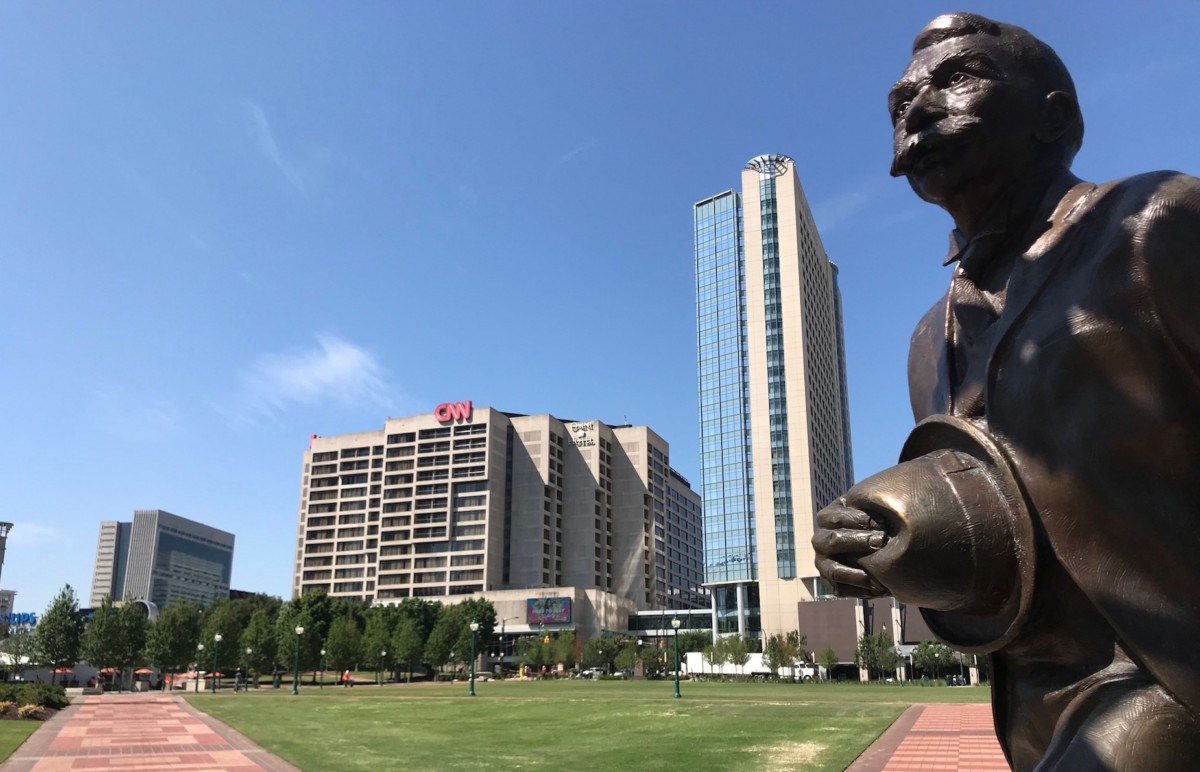 As Centennial Olympic Park became a backdrop Monday for the Atlanta United parade, the park again solidified its position as a regional touchstone that remains a center of major developments – more than $2.3 billion since 1996. 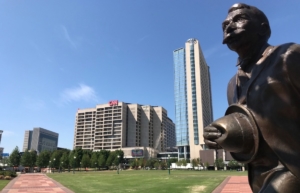 Along with the investments already on the ground, an additional $725 million in projects are either under construction or in the pipeline, according to a report by the Georgia World Congress Center.

As an urban redevelopment project, Centennial Olympic Park has transformed what had been a gritty, quasi-industrial neighborhood into a greenspace surrounded by significant investments. To establish the park, the private sector donated $75 million to pay the park’s development costs, and the state agreed to lead the development project and to own and operate the park after the 1996 Summer Olympic Games.

The state, which sometimes has a rocky relation with Atlanta, is among the park’s largest boosters. The GWCC describes the park in these glowing terms:

There’s no indication the accolades, or building boom, is nearing a lifecycle. Current construction projects include: 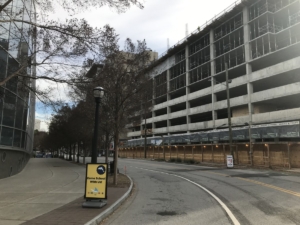 The Hyatt Place Centennial Park is under construction across Luckie Street from the Georgia Aquarium. Credit: David Pendered

The state is continuing its development projects near the park.

Just last week, on Dec. 5, the GWCC’s authority announced that it had selected Hilton Hotels & Resorts to operate a high-rise hotel the state will have built on the site of the former Georgia Dome. 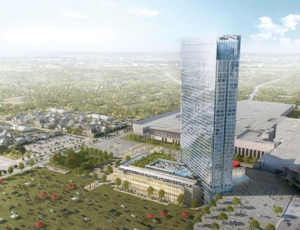 Hilton Hotels & Resorts was chosen to operate the hotel the Georgia World Congress Center intends to have built and own on the site of the former Georgia Dome. Credit: gwcca.org

The state-owned hotel is projected to become a major economic engine. A report by PKF Hospitality Research predicted that an 800-room hotel would boost attendance at trade shows by 116,000 a year, boost GWCC’s revenues by $3 million a year, and create 1,676 permanent jobs once the hotel is opened, according to the GWCCA’s report.

The hotel is an integral part of the 2020 expansion plan for the overall GWCC campus. The hotel is to connect with the $55 million expansion project now underway at the Georgia World Congress Center. Gov. Nathan Deal led the groundbreaking ceremony on this project July 31 and work is to be complete in late 2019.

Meantime, the GWCC and private donors are seeing that the park itself is being spruced up with the projects slated to open this month, according to a report. Of note, the ice skating rink and Holiday in Lights were cancelled because of the park renovation projects and preparation for Super Bowl 53, according to the park’s Twitter account.