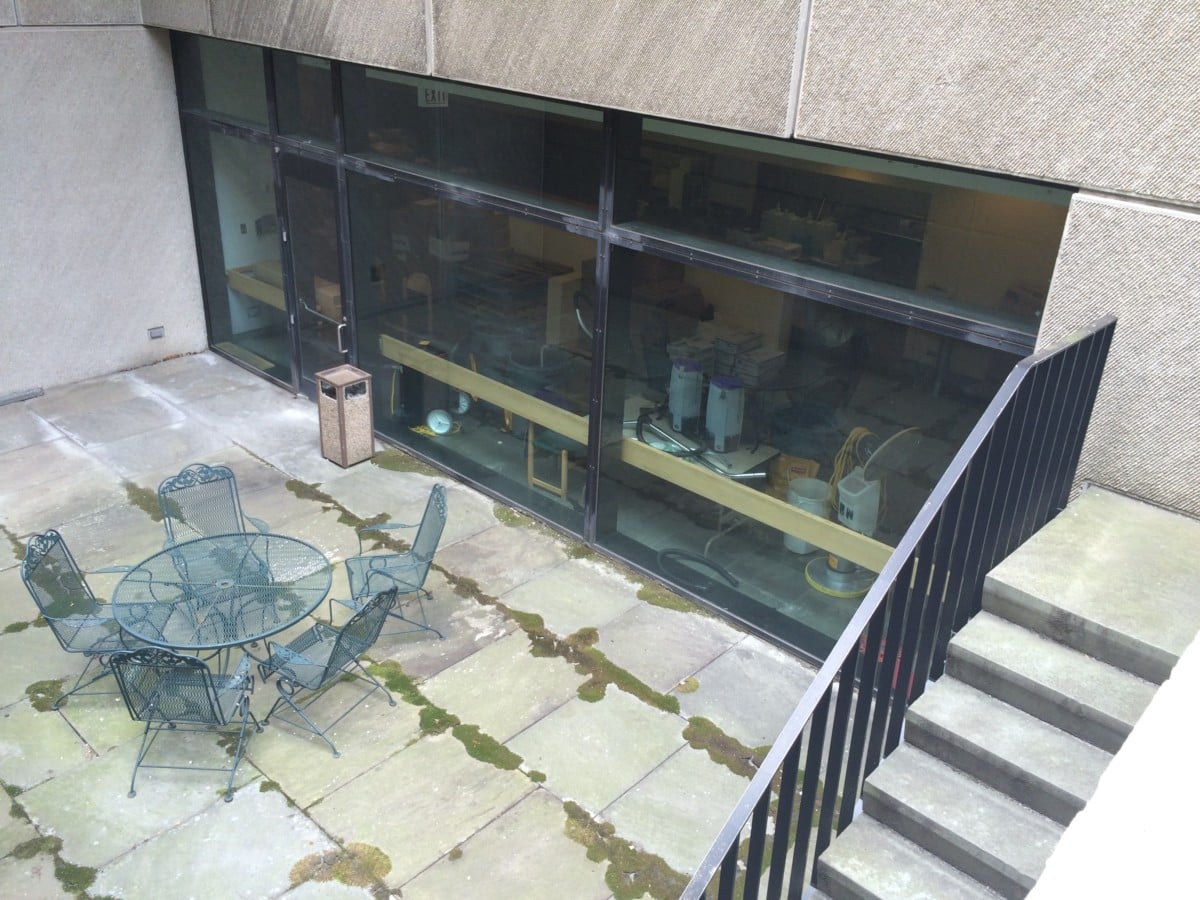 Central Library in Downtown Atlanta will not be demolished, per a vote Wednesday by Fulton County’s Board of Commissioners. The board is slated to decide in August on the extent of a proposed renovation that could cost up to $50 million. 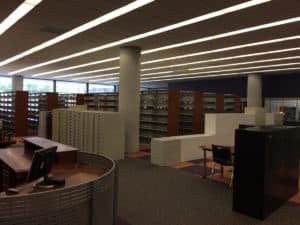 This entire floor of Central Library seems to be unused and filled with empty bookshelves. Credit: David Pendered

Commissioners voted unanimously to not demolish the library. Their vote responds to an outpouring of more than 80 constituents who attended an open house on what should become of the library.

According to materials the library system presented to commissioners, 55 public comments were recorded. Here’s the breakdown of responses: 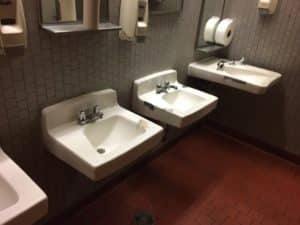 This men’s room in Central Library may be one of the few in a government building that doesn’t have faucets designed to conserve water. Credit: David Pendered

The library system presented one recommendation for renovating Central Library.

It calls for renovating five or six floors for library purposes. This would leave three to four floors available for lease. A number of potential public uses have been discussed, including locating Fulton County employees in the space.

A recent walking tour of Central Library revealed a lot of empty space. Numerous book shelves are empty. The men’s room on at least one floor hasn’t been upgraded with water-saving sink faucets. 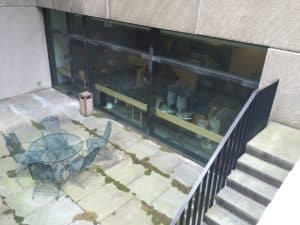 A once-bustling restaurant space that featured servings of asparagus topped with hollandaise sauce has been shuttered and turned into an apparent storage closet. Credit: David Pendered

The fate of Central Library has become a talking point as the board of the Atlanta-Fulton Public Library System has pondered its fate since at least the start of the year.

The cost of renovating this one library could consume nearly half of the money remaining from the $275 million library bond that Fulton County voters approved in 2008. However, the possible $50 million upgrade is less than the $85 million that was originally earmarked to upgrade Central Library.

That means that if the renovation of Central Library proceeds as planned, the library system would have about $54 million remaining for other projects.

That is enough to cover the total cost of renovating the 15 branches that in line to be updated. Those costs are expected to range from $35 million to $50 million, according to the library system’s report to Fulton County commissioners. 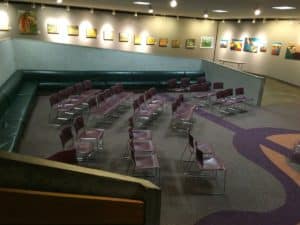 This intimate listening space on the first floor of Central Library is not being used as frequently as originally planned. Credit: David Pendered

What’s been lost in the debate about Central Library is the fate of the library system itself. The system is upgrading its facilities even as it is reducing services in the face on on-going budget challenges.

According to a letter library board Chairperson Stephanie Moody sent earlier this year to Fulton’s Board of Commissioners:

Declines in spending to operate the library system are evident in Fulton County’s budget. Fulton commissioners approved $27.6 million for the library system in the current 2016 budget cycle. That’s 4 percent below the 2012 actual budget of $28.8 million, according to Fulton’s budget documents.