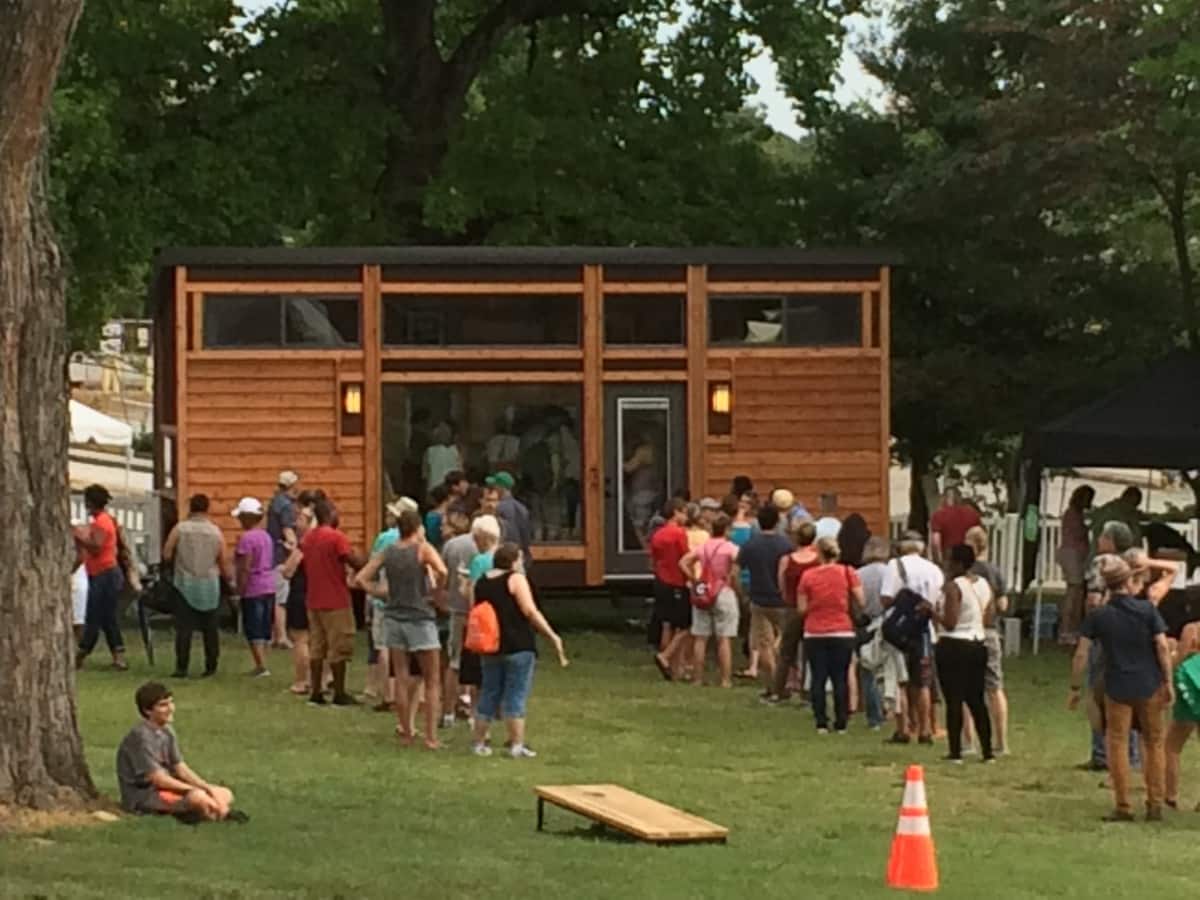 Call it a granny flat, an “accessory dwelling unit” or a kind of tiny house, but Atlanta’s considering legalizing backyard housing across more of the city — and several more zoning changes meant to increase density. 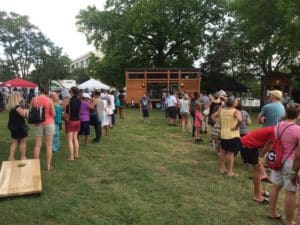 People wait in long lines to glimpse inside the tiny houses at a 2016 Decatur festival. Credit: Maria Saporta

Nearly a dozen folks showed up to City Hall on a chilly Thursday night for a zoning hearing. Most of them came to cheer on “ADUs.”

“I want to represent the baby boomers,” East Lake resident Kathy Kupka told the city’s zoning review board. “Those of us who have been around long enough, our body parts are wearing out. It won’t be long before I’m in a wheelchair. When I’ve fallen and I cant get up, I want my daughter to be there and pick me up.”

She and her daughter and grandson have been living together about a year, and she’s been waiting to build an ADU for herself in the yard.

Nadia Giordani is planning for a downsize.

“I am soon to be an empty nester and I would love the opportunity to be able to live an an ADU in my backyard,” she said. After the meeting, she pulled up on her phone a photo of the little building with a wide screen porch that’s already in her Cabbagetown yard that she wants to make her permanent home.

The proposed ordinance change would allow ADUs in residential zones R-4 and R-4A — which includes large parts of neighborhoods like West End, East Lake and Virginia Highland. They’re already legal in R5 zones, which tend to be a little closer in, like Grant Park. 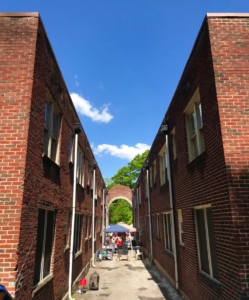 Atlanta’s zoning rewrite would permit construction of the kind of small apartment buildings — four to 12 units — that used to be legal citywide. Credit: Kelly Jordan

Another change has to do with small-ish apartment buildings: the creation of a new MR-MU zoning that would allow construction of new apartment buildings with with four to 12 units. Such buildings used to be legal all over the city but are illegal to build today. Though plenty of them still exist side-by-side with single-family homes.

Certain pre-1945 small apartment buildings would also be eligible to be grandfathered into a fully legal zoning category.

Seventeen of the city’s NPU’s voted for the changes, but three voted against, three voted only conditional approval and two abstained.

Northwest Atlanta’s NPU-D is one that voted against the changes.

“The problems in this ordinance are two parts of it … which are the accessory dwelling units and MR-MU,” said NPU-D chair Jim Martin.

Different neighborhoods face different pressures, he said. Part of NPU-D runs near Georgia Tech — where there’s a lot of demand for off-campus housing.

“The pattern in my neighborhood is for absentee landlords to buy single-family homes, convert them illegally into rooming houses,” Martin said.

He said he doesn’t want to see that practice legitimated. He said he expects that if ADUs were legal, yet more tenants would be packed in. The potential problems, he said, include crime, noise trash and demand for more parking spaces.

He suggested that the city steer folks who want ADUs to the existing zone that allows it or to special use permits.

But Will Johnston, the founder and executive director of Atlanta’s microLife Institute said he gives his wholehearted support to both the ADU and MR-MU proposals.

“We really need this; it will help diversify housing options for Atlanta,” he said.

The Zoning Review Board passed the ordinance with little discussion.

One of the 11 parts of the update cuts some parking requirements. Right now, buildings generally have to have some number of parking spaces depending on what the building’s use is.  Critics say Atlanta requires so much parking that it drives up the cost of housing, for example, when tenants don’t want parking spaces but builders are required to provide it. The new rules would eliminate minimum parking requirements for most pre-1965 buildings, and many buildings near MARTA stations, among other changes.

Atlanta officials have been talking about a zoning rewrite since at least 2014; it was an issue in the mayoral race last year. Last year, some modest changes were already approved, like defining an accessory structure, deleting unused districts and so on. Atlanta Planning Commissioner Tim Keane has long said the city needs to prepare for a tripling of its population to about 1.5 million people and that a zoning rewrite would be part of that.

The zoning work is still going on, however. Last week, the city published a request for proposals, seeking help on a zoning ordinance rewrite.

The changes approved by the ZRB last week still need to be reviewed by the full Atlanta City Council.

Map data from city of Atlanta GIS. Download there or from carto.com.