Atlanta Police horses have been a Grant Park neighborhood fixture for years, and one City Council member hopes to keep it that way if the stables move to a new public safety training center.

District 1 Councilmember Jason Winston says he is meeting next week with Georgia Power Co., owner of the current Mounted Patrol stables property at 1001 Cherokee Ave., to discuss its future. 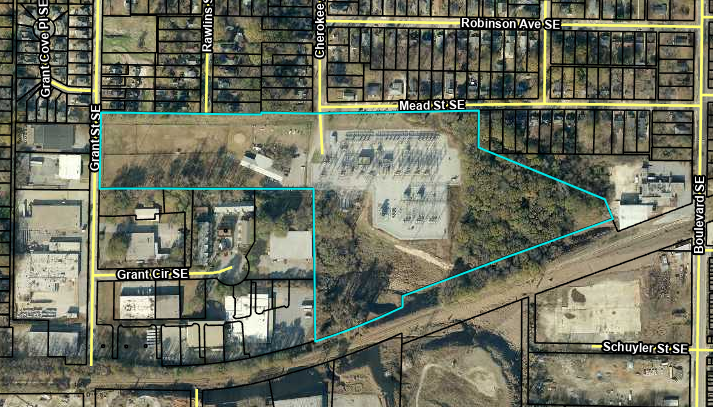 Winston said he wants to “discuss it to see what their thoughts are after APD [the Atlanta Police Department] leaves, to see if there’s an opportunity to keep it in the neighborhood in some fashion.”

The horses remain a popular attraction in the community. “I’ve got a 2-year-old I’ve got to take by weekly” to visit the horses, he said. “The horses have become part of the neighborhood. It would be my goal to see if we could continue to have horses there.”

The discussion comes as planners have shown preliminary illustrations of new stables proposed as part of the City’s controversial public safety training in DeKalb County. That planning process so far has not included a discussion of the fate of the existing stables.

The existing stables and paddocks are on a 6-acre site within a much larger Georgia Power property that includes high-tension lines and an electrical substation. The entrance is at Cherokee’s intersection with Mead Street. The horses are often visible through a fence along Grant Street.

Police officers frequently ride the horses through the Grant Park and Summerhill neighborhoods, interacting with the public. The stables sometimes hold neighborhood open houses as well.

Georgia Power did not respond to a comment request and the City did not immediately provide a copy of the lease agreement. Winston said he understands the City pays a “very nominal fee” to use the site. The stables sit beneath the power lines in a utility easement, so Winston believes it is unlikely that a large-scale development would happen on the site. 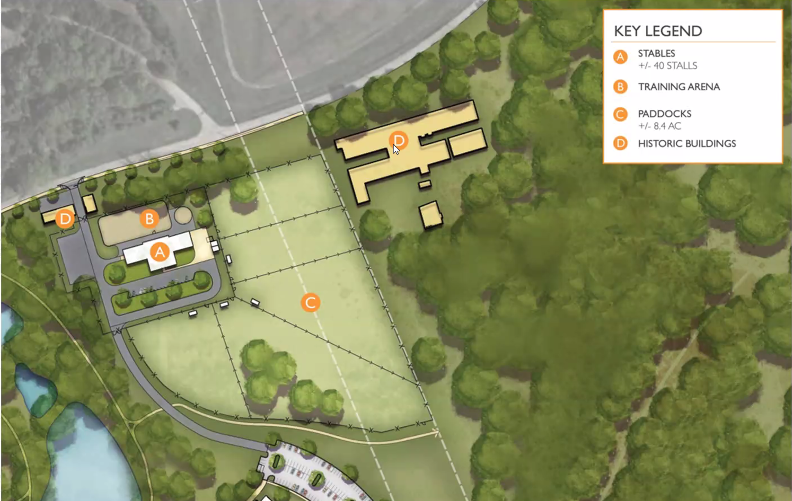 The site plan of the proposed new Mounted Patrol facility with the public safety training center, as shown by planners at a Nov. 29 meeting of the Citizens Stakeholder Advisory Committee.

The new stables proposed within the new training center along DeKalb’s Key Road also would partly use a Georgia Power electric line easement. Preliminary drawings of that facility were shown by planners in a Nov. 29 meeting of the Citizens Stakeholder Advisory Committee, a group advising the Atlanta Police Foundation (APF) about the training center concept.

Lauren Standish of design firm HGOR said the new stables and paddocks would be larger, with 40 stalls and five paddocks and covering about 8 acres. “They have a lot of horses that do not play friendly together,” so more room for separation is good, said project architect Tony Kenney.

Illustrations show stables with barn-like architecture. The new stable area is intended as a public entrance to the training center site and would include the future use of two historic buildings from the former Atlanta Prison Farm.

The training center is still in an early phase, with APF seeking a land disturbance permit from the County in anticipation of a possible phase-one completion in mid-2025. The project also has drawn significant opposition, including protests and legal questions.