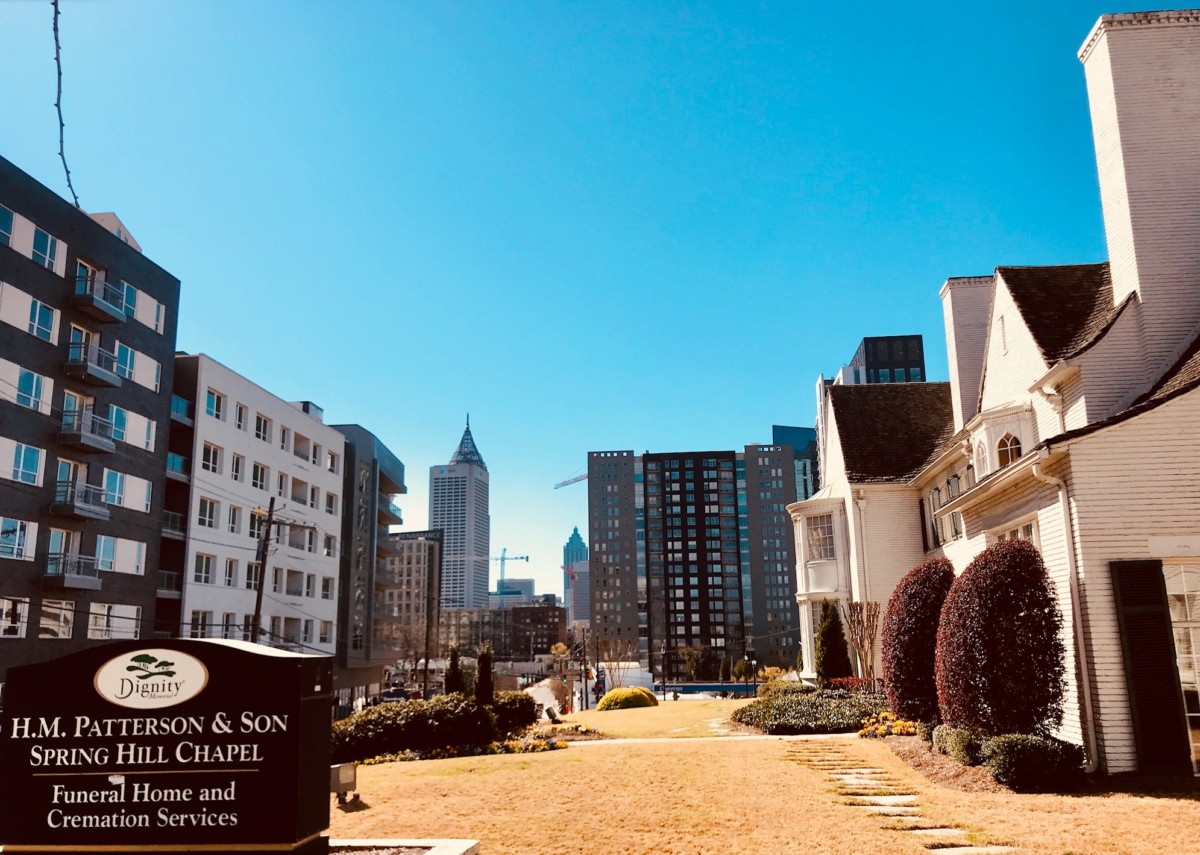 At first glance, it’s easy to think the two-story white building set in little gardens on Spring Street is a house. But it’s still what it’s been for about 90 years: a funeral home. And a city panel says it’s worth protecting, even as skyscrapers rise around it. 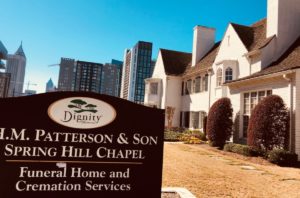 The H.M. Patterson & Son Spring Hill Chapel funeral home and some of its grounds were approved for “landmark” status by the Atlanta Urban Design Commission in a 4-0 vote on Wednesday afternoon.

The next step is Atlanta City Council, but as the owner is on board, approval seems likely.

It’s a “noted cultural and social touchstone” for Atlanta, said Doug Young, executive director of the AUDC, presenting the city’s several reasons for asking for the status. It contributes to the sense of place in the neighborhood, he said.

It shows the trend of the professionalization of the funeral nome business, he also said. City documents say it’s was the first purpose-built, full-service mortuary facility in Atlanta.

It clearly dominates and is a strong feature of the Spring Street corridor, he said.

And it’s by architect Philip Trammell Shutze. Even if the name doesn’t ring a bell, the look of the building just might. He designed the The Temple on Peachtree Street and The Swan House in Buckhead, along with many other fine homes and buildings. His work, you might argue, was the look that Atlanta wanted to project in one age, just as John Portman’s was in another. 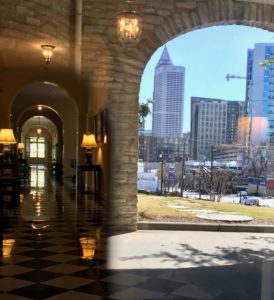 The city and Spring Hill’s owner have been in talks about a protected status for the building for months. Credit: Kelly Jordan

“Landmark” status doesn’t protect any building from the wrecking ball, per se. But it does mean an extra layer of municipal and public review if a property owner wants to make a change. And it also means property owners can apply for tax breaks that come with agreement to preserve special historic places. And sometimes property owners can also sell excess development rights — essentially selling the density of construction that their land would support to another property owner.

Folks from the The Georgia Trust for Historic Preservation and the Atlanta Preservation Center gave remarks in favor of the designation.

“I wont burden you with all the superlatives that I’d like to heap on this building,” said Boyd Coons, executive director of the Atlanta Preservation Center, at the hearing. His organization already sent a letter talking about their support for the designation.

“We’re thrilled with the prospect that this building may enjoy landmark protection,” he said.

But he did say he’d only seen the exact idea the night before and asked for more details. Maps presented at the hearing showed the latest sketch out of monthslong talks between the city and the property owner. The maps showed that the south garden and a patch along Spring Street wouldn’t get full landmark protection.

Coons said the recognition-worthy gardens were something his organization had noted as a concern in their letter of support.

But on the other hand, preservation, adaptive reuse and development are a give-and-take. 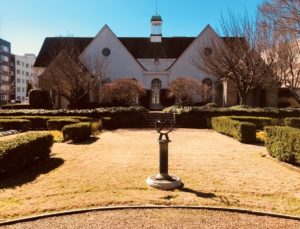 Some of Spring Hill’s gardens will be included in the landmark designation. Credit: Kelly Jordan

Young said the landmark designation won’t include one piece of the grounds in front of the building. A separate zoning rule there would not allow any new structure more than a foot tall, but might allow changes for better circulation.

And in the south garden, another separate zoning condition would restrict the demolition or removal of of those features unless or until another design project is brought to the city. The thinking, said Young, is that with a design in hand, there might be an opportunity to incorporate that open space into a project.

The property is owned by Service Corporation International, a Houston-based company. Attorney Lemuel Ward, representing the company, gave the commission a letter of support for the designation report as outlined by Young on Wednesday.

“Unfortunately, as my job requires, I must reserve our rights if the designation is changed in any way including later at City Council or if additional conditions are adopted,” he told the commission. 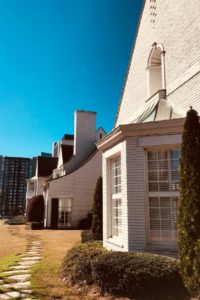 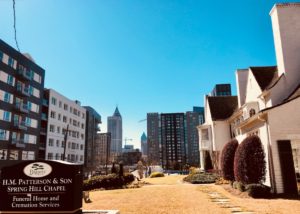 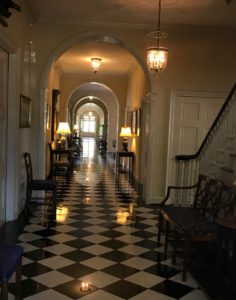 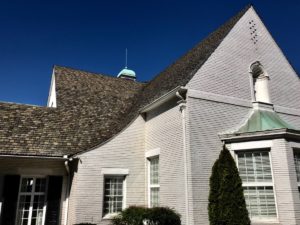 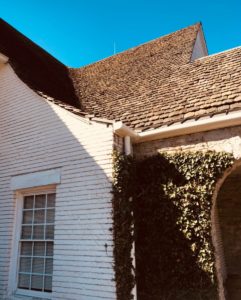 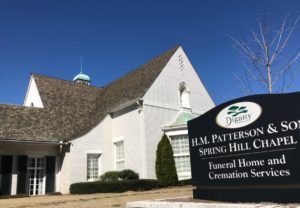