Marquis sign of Tara Theatre on Nov. 10 says it all: "Closed" (Photo by Matthew Rao) 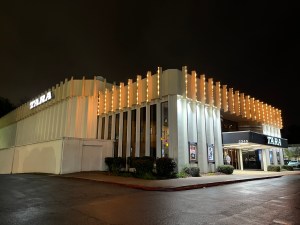 Tara Theatre on Nov. 10 – the night it closed (Photo by Matthew Rao)

However, the Tara seems a special loss. It’s been around since 1968, when it and its long-gone plantation (!!)-themed twin, the Twelve Oaks on North Druid Hills Road, opened.

It was one of the last freestanding movie theaters in Atlanta. And, after George Lefont took it over for a time, it re-invented itself as one of the most important art houses, as they were once known, in the city.

I saw Kenneth Branagh’s “Much Ado About Nothing” there. And one of the original don’t ask/don’t tell puzzle movies, “The Crying Game.” And countless others.

Lefont sold the Tara to a group called Hoyt’s Cinemas in 1990 that, in turn, turned it over to United Artists in the summer of 1993. But Lefont’s semi-artsy agenda remained in place. Even when the giant movie chain Regal Cinemas took over the property. 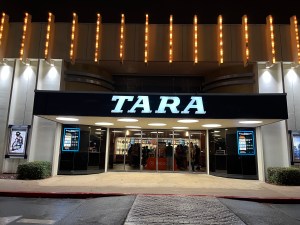 The fanciful Tara Theatre on Nov. 10 – the night it closed (Photo by Matthew Rao)

Why is the Tara closing? So many possible reasons, from the pandemic to shifting movie-going habits to evolving Atlanta audiences. A Regal VP was quoted by The Reporter Newspapers’ (and fine new movie reviewer) Sammie Purcell in a statement that’s achingly corporate: “As part of our real estate optimization strategy, Regal has made the decision to close our Regal Tara theatre as we continue to position our company for long-term growth.”

Somehow that doesn’t say to me, not to worry; we’ll be building a new state-of-the-art movie theater on the site soon.

We do have some new theaters around. The one in Colony Square, the one out by the Battery.  LOOK Cinemas, which just opened in the former Cinebistro location in Brookhaven. 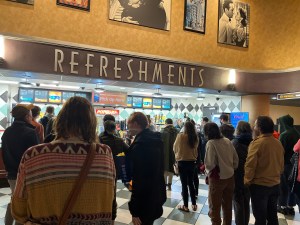 But the emphasis is, well, weird.  All are on the cinema drafthouse spectrum (so to speak). Meaning you can wine and dine while in Wakanda. However, the way these places are selling themselves, at least on some level, strikes me as more food-centric than movie-loving.

Hey, a glass of wine and something other than popcorn has helped me through any number of movies. Thank you, Midtown Art and the Plaza on Ponce de Leon, both of which still hold to the arthouse model. But unlike the Springs Cinema & Taphouse, which Brandt Gully so successfully took over from Lefont when he retired in 2018, there just doesn’t seem to be much interest in what’s on screen (as opposed to what’s on your plate).

Perhaps there is. But I’m not so sure. I went to the Silverspot Cinema (the one by the Battery) website, and it was easier to find out what was served at Happy Hour than what movie was showing. 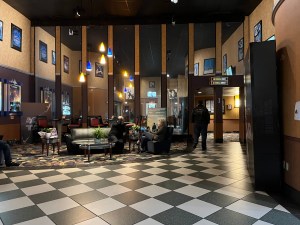 The place at Colony Square, IPIC Theaters, may be even more dispiriting for movie-lovers. Their, um, mission statement (?) chirps, “We believe in connecting people to more than just movies. We invite members and guests to immerse in a social destination – a cultural haven offering inventive cuisine, handcrafted cocktails, thoughtfully curated programming and unmatched comfort designed with you in mind.”

Adding to the frustration, if you stay on their site, you can find out they’re showing some potentially cool movies.  Along with the “Black Panther” sequel, there’s “She Said,” about the New York Times reporters who broke the Harvey Weinstein story, and “The Menu, ”with Ralph Fiennes and Anya Taylor-Joy.

Maybe I’m just too resistant to change.  Maybe Happy Hour will save the cinema.

But I still miss George Lefont. 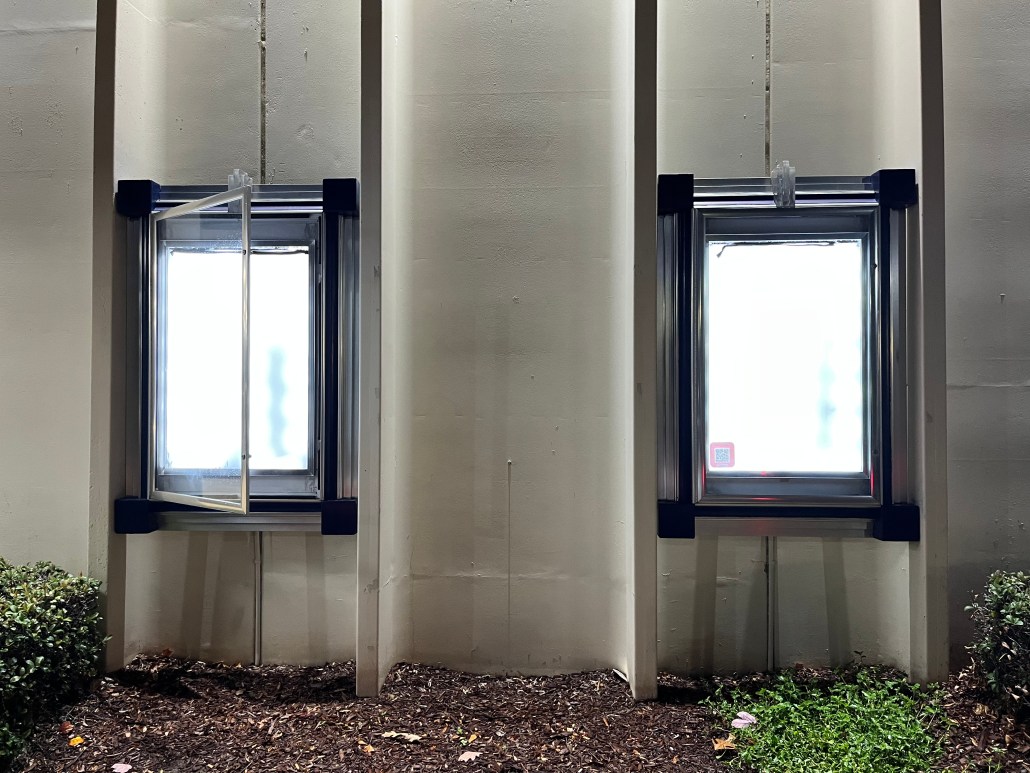