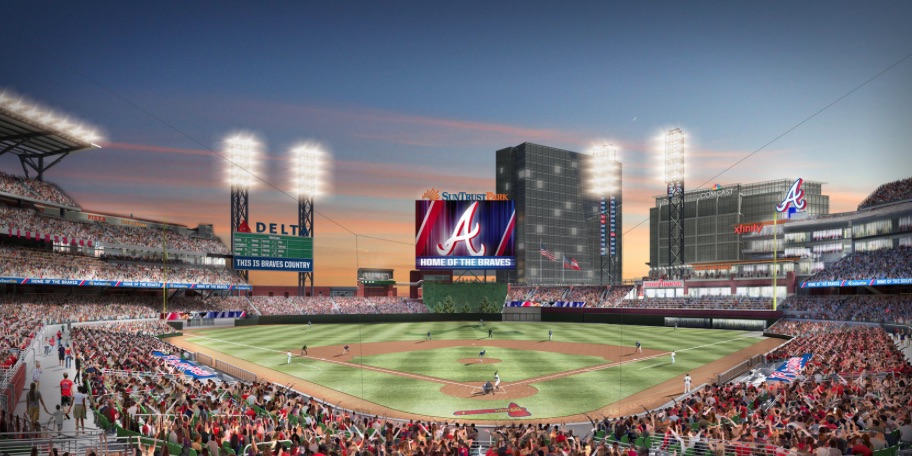 Cobb County Chairman Tim Lee touts the Atlanta Braves’ relocation to the Cumberland area as he announced his campaign for reelection in an email sent Saturday morning.

Cobb County Chairman Tim Lee cited the Atllanta Braves’ move to Cobb as an example of his leadership in economic development. Credit: atlanta.braves.mlb.com

“Friends, I am excited to announce my campaign for re-election in 2016,” begins the email. “I look forward to taking my record to the voters of Cobb County to again earn your support.”

Lee cites the recruitment of the Atlanta Braves to the Cumberland area, from downtown Atlanta, as a major example of his leadership.

“Thus far, my most recognizable leadership effort has been my role in bringing the Atlanta Braves to Cobb County … one of the largest economic development homeruns in Cobb County history.”

Lee’s email cites more than 200 early supporters of his bid for re-election.

Lee’s email focuses on his efforts on economic development and fiscal management of county finances:

Last month, Setzler submitted an amendment to the proposed statewide transportation bill, House Bill 170, that would require a public vote on any proposal to build a fixed guideway system of mass transit in any county outside the core service area of MARTA. MARTA’s core service area is defined as Atlanta, Clayton, DeKalb, and Fulton counties. The amendment was rejected by the House Transportation Committee, but the issue lingers.

In 2011, Lee was an early supporter of a proposal to build a transit line to link the Cumberland area with MARTA. Lee subsequently withdrew support and recommended the $856 million be spent instead on road improvements on road improvements and bus service from the Kennesaw area to Midtown. The funding did not materialize because metro Atlanta voters rejected in 2012 the proposed 1 percent transportation sales tax.