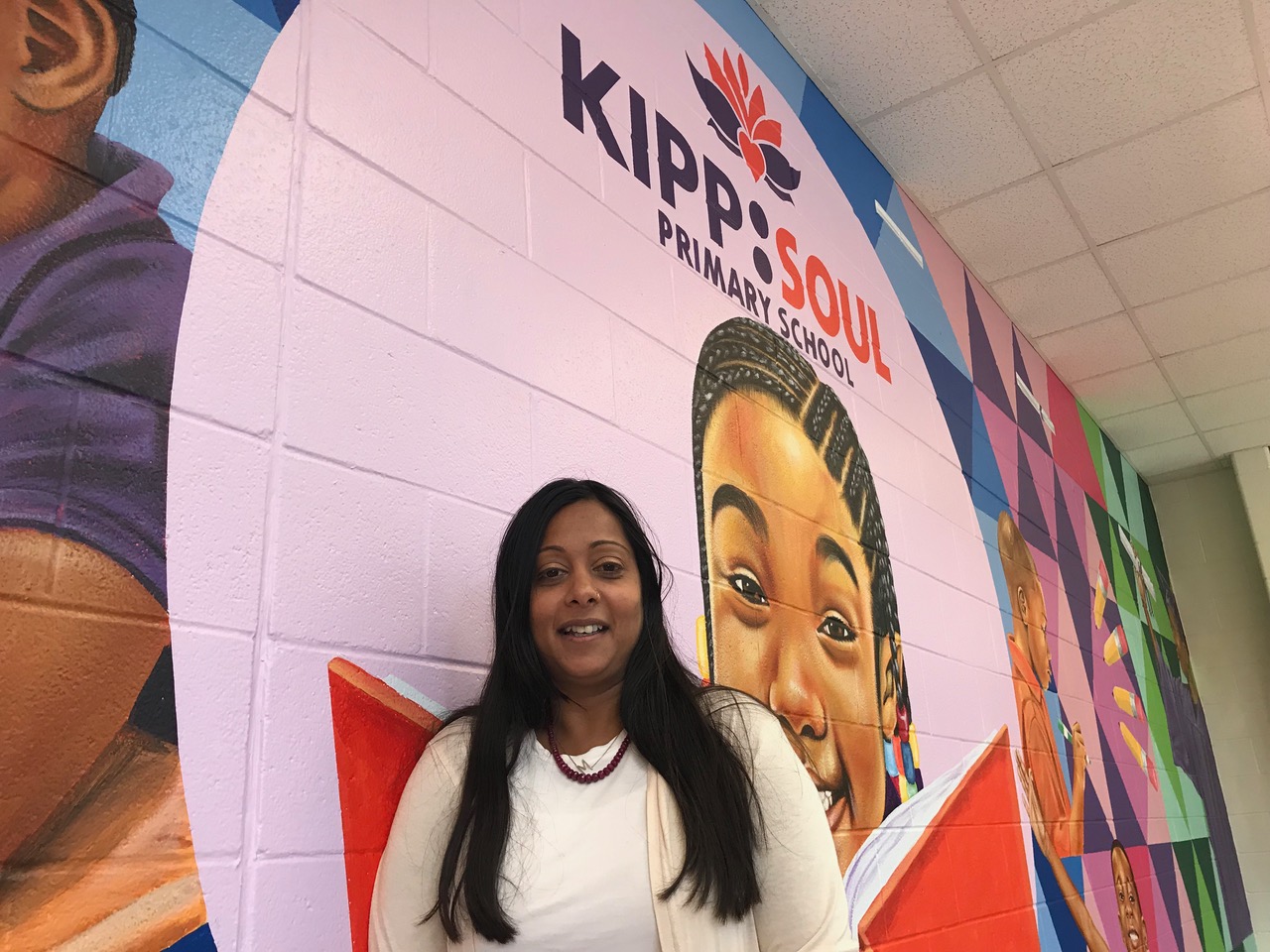 Already it is the largest charter school operator in the state of Georgia.

And thanks to its relationship with the Atlanta Public Schools and Fulton County, it has ambitious plans to grow even more.

It currently has a $16 million capital campaign to improve its KIPP Atlanta Collegiate high school and the new KIPP Soul campus. 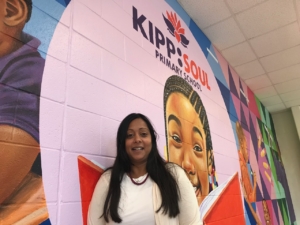 The Joseph B. Whitehead Foundation, part of the Robert W. Woodruff Family of Foundations, has awarded KIPP a $5 million grant towards the latest campaign, continuing its longtime support for KIPP schools. Joel E. Smilow, former CEO of Playtex who has been a major supporter of KIPP projects across the country, has provided the other lead gift for the campaign.

“It’s a major investment,” said Kinnari Patel-Smyth, who has been executive director of KIPP Metro Atlanta for the past six years. “We have raised about $11.7 million.”  Patel-Smyth expects to receive nearly $2 million in New Market Tax Credits by the end of August, which means it needs to raise another $2.3 million to close out the campaign. But as soon as that one is complete, it will launch its next capital campaign to add more schools to its portfolio in the city of Atlanta and Fulton County.

“We are all across the city,” Patel-Smyth said. “We are geographically designed to be in communities where there aren’t options for high quality schools. We started 17 years ago.”

KIPP, which started nationally 25 years ago, has had dramatic results. Contrary to public perception, it does not select the highest-achieving students. Instead all of its slots are dictate by lottery, even though preferences are given to the closest ZIP codes and siblings.

Patel-Smyth said KIPP-Atlanta knew it needed to grow to meet demand – partly because of its results. Despite the fact that nationally only 10% of low income students of color graduate from college, over 80% of KIPP students pursue a college degree after high school.

”Today KIPP Atlanta has 4,700 students in 10 schools. Nine are traditional charter schools. One – Woodson Park in Grove Park – is a partner school. A partner school serves as the zone school in an area – meaning all public school students attend that school.

Looking to the future, Patel-Smyth said the plan is to serve 7,000 students in 14 schools by 2026.The Atlanta Public Schools has turned to private charters to help turn around its academic results in its lowest-achieving school districts.

“We get flexibility in exchange for accountability,” Patel-Smyth said. “We must keep our promises.”

Interestingly enough, APS spends about $16,607 per child in its schools. But it gives KIPP only $13,287 per student. That means KIPP has to raise an additional $1,000 per student to cover all its bills. KIPP also does not receive any money from APS for transportation.

“We have to raise philanthropic dollars to close those gaps,” Patel-Smyth said. “And we don’t get facilities upkeep.”

That translates into about $4.5 million a year to cover its funding gap, which is separate from KIPP’s capital campaign.

Still, Patel-Smyth said APS and KIPP have a wonderful relationship, working together to serve Atlanta’s student population. APS also has entered into agreements with other private operators for other schools in the city as part of its efforts to turn around its lowest-performing schools.

The legendary CEO of the Coca-Cola Co. – the late Roberto C. Goizueta – gave Emory University permission in 1984 to name its business school after him. 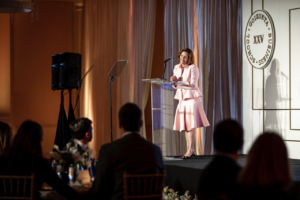 On Monday, Aug. 19, Emory celebrated the 25th anniversary of the naming of the Goizueta Business School at an elegant dinner at the Atlanta History Center.

It was a reunion of long-time Coca-Cola executives, Goizueta family members, Emory officials and civic leaders to celebrate the man and the institution.

“I like to think of the Emory family and the Goizueta family as one family,” Emory President Claire Sterk said at the dinner. “From a personal perspective, the leadership of Roberto Goizueta has been a compass for my own leadership.”

Erika James, the dean of the business, said she relies on Goizueta’s teachings over the years as a guidepost for the university.

The evening included several videos of Goizueta and his speeches as they described him as someone who led with integrity. At the end of the dinner, every guest was given a coffee-table sized book titled “The Goizueta Effect.” – with excerpts from his speeches and comments from associates about leadership.

Hala Moddelmog, president and CEO of the Metro Atlanta Chamber, as well as her predecessor – Sam Williams – were in attendance. Retired attorney Ben Johnson, former chairman of Emory University’s board of trustees, also attended.

Back in 1994, the Woodruff Foundation gave the initial $10 million gift for the naming of the business school. Then in January 1999, the estate of Roberto Goizueta provided an additional $20 million gift to the institution.

On the evening of Aug. 22, the SunTrust Foundation awarded $2.7 million to 36 nonprofit organizations from across the South and Midwest. It was the fourth annual Lighting the Way Awards, but it also could be the last in its current form because of the upcoming mergers of the bank with BB&T in what will soon be known as Truist Bank.

The awards support the work of the organizations to build self-sufficient families and more financially confident communities through financial education, financial counseling, career readiness/workforce development and small business/entrepreneurship. Each nonprofit was awarded a $75,000 grant.

“Every one of these nonprofits has created impactful programs to support specific needs of their communities, and it is a privilege to recognize their efforts,” said Stan Little, president of the SunTrust Foundation. “The Lighting the Way Awards illustrate our commitment to Lighting the Way to Financial Well-Being in partnership with organizations that make a difference in the lives of those who need help the most.”

In an interview, Little said the awards program likely will change after the merger. But he said the new bank will be committed to supporting nonprofits in the new combined territory.

Of the 36 nonprofits that received the grants, eight were in Georgia, including four in metro Atlanta.

Previous Article
Bud Peterson on 10 years at Georgia Tech: ‘It’s been a great run’
Next Article
Arthur Blank’s $17.5M Westside Park gift is a sign of things to come