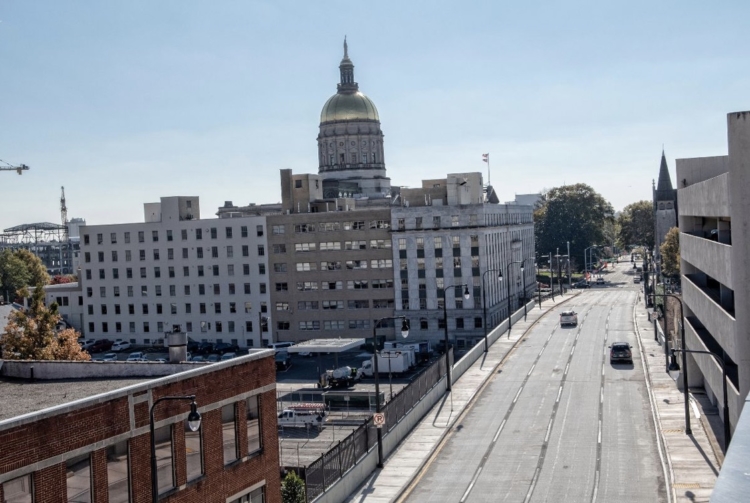 The Courtland Street bridge replacement won a national recognition for a public private partnership that protected the bridge's historic integrity while reducing construction impact on travelers and providing a concrete plaza to enable construction of a greenway to Georgia State University. Credit: dot.ga.gov

Metro Atlanta commuters who travel on roads may take some consolation in the notion that construction delays aren’t as bad as they could be. Georgia Department of Transportation has been commended for a program that reduces construction timelines – and cut a decade off one major project. 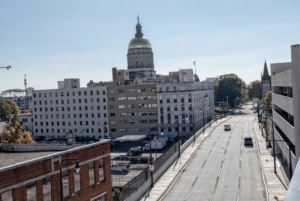 The Courtland Street bridge replacement won a national recognition for a public private partnership that protected the bridge’s historic integrity while reducing construction impact on travelers and providing a concrete plaza to enable construction of a greenway to Georgia State University. Credit: dot.ga.gov

The Northwest Corridor, located along the I-75 corridor in Cobb and Cherokee counties, would have taken an additional 10 years to complete, had the state used standard management practices. That project won an award, as did the replacement of the Courtland Street bridge, in Downtown Atlanta.

Both awards commend the Georgia Department of Transportation for its use of a project management concept called design-build. The process aims to reduce costs and hasten completion dates by creating a public private partnership to design and build a project. Previous management processes separated the design of a project from construction of a project.

The two projects were recognized by the Design-Build Institute of America, a trade association that promotes the concept. Both projects are contenders for DBIA’s National Award of Excellence and Project of the Year, to be announced in November at a convention in Las Vegas.

Highlights of the DBIA commendations include:

Northwest Corridor (for transportation, other than aviation)

The approach enables Georgia to move forward with transportation projects it may not otherwise be able to afford, given the erosion of federal funding for transportation projects nationwide. The declining federal dollars available for state roadways typically is attributed to the proceeds of the federal gas tax not keeping up- with demand.

The design-build concept allows GDOT to support the Atlanta Regional Commission’s approval of the creation of 150 miles of express lanes in metro Atlanta.

These DBIA awards represent a glimmer of hope for Top End commuters. The hope is that design-build will hasten completion of construction projects that are on the books through 2029.

Top End commuters will get about a three-year break starting in late 2020. That’s the scheduled completion date for the I-285/Ga. 400 project. In 2023, a six-year job is to begin across the length of Top End I-285 in order to install elevated express lanes. GDOT plans to use a public private partnership to include design, build, and finance.

The construction zone is to stretch from Cobb County, at Paces Ferry Road, to DeKalb County, at Henderson Road. The Top End Express Lane Project calls for two elevated express lanes in both directions along I-285. The lanes are to barrier-separated and build alongside the existing general purpose lanes, according to a report by GDOT.