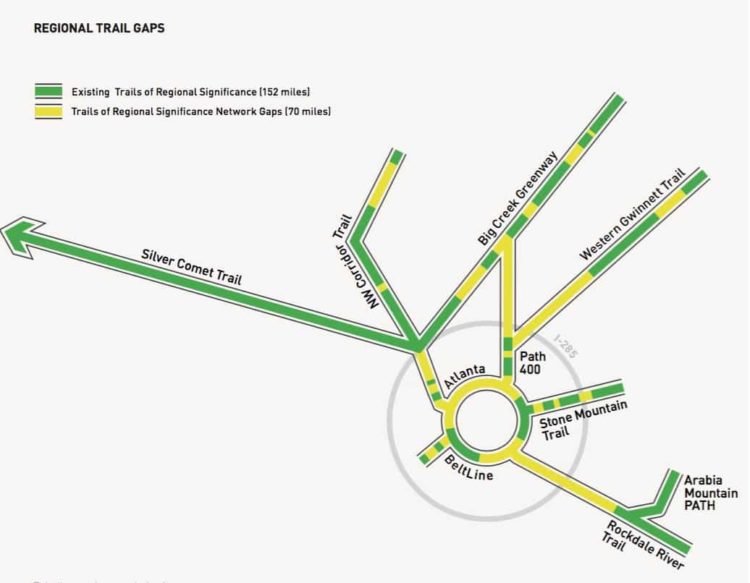 The ARC's new bike/ped plan calls for creating a regional trail network. About 152 miles of trails exist, and about 70 miles of gaps separate the trails. Credit: ARC

Metro Atlanta leaders have voted to continue the region’s tradition of dreaming big when it comes to civic improvements. This time, the plan is a comprehensive approach to make it safer to walk and ride bicycles. 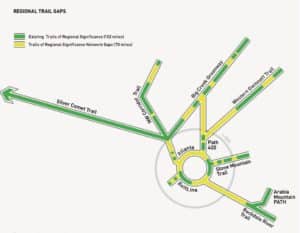 The ARC’s new bike/ped plan calls for creating a regional trail network. About 152 miles of trails exist, and about 70 miles of gaps separate the trails. Credit: ARC

The board that oversees the Atlanta Regional Commission on Wednesday approved the “Walk. Bike. Thrive!” plan to improve bike/pedestrian options. The approved plan is the result of a year-long study that updates the ARC’s 2007 bike/pedestrian plan.

Of six newly approved objectives, one of the more sweeping proposals is a stated desire to link the major trail initiatives that are being developed throughout the region.

These trails are being built by a number of separate entities. Advocates typically note that their particular trail is near another major trail and the two eventually will connect together. But, typically, trail development hasn’t reached the point where it’s necessary to begin planning for how the trails will actually connect.

This plan aims to address both existing gaps and that last-segment connectivity. Once this work is complete, the region is to have about 225 miles of linked trails.

Here’s how ARC’s overview of the new plan characterizes the regional trail network: 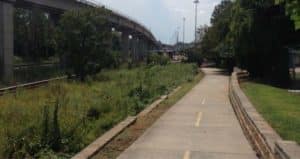 ARC duly noted that these networks have been developed over many years through the efforts of local organizers. The draft version of the “Assessment of Regional Traffic Patterns and Existing Conditions” observes:

The regional trail network and the remaining five goals are to be funded by ARC’s long-range mobility plan, titled “Atlanta Region’s Plan.” The plan was adopted in 2015 and extends through 2040.

The plan provides the bike/ped plan with more than $1 billion in anticipated federal, state and local funding. The price tag of the entire mobility plan is $85 billion. 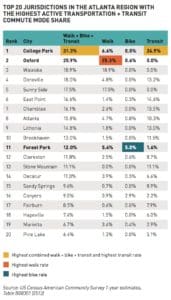 College Park ranks first in the region for the proportion of residents who combine transit, walking and biking to make their commutes. Atlanta ranks eighth in the region. Credit: ARC

“Metro Atlanta residents, from Millennials to Baby Boomers, want more opportunities to travel without hopping in a car,” Mike Alexander, director of ARC’s Center for Livable Communities, said in a statement. “This plan provides a roadmap to help our region meet this demand and create healthier, more livable communities.”

Here are quick descriptions from the ARC if the five other components of new bike/ped plan: