A paved section of the Atlanta BeltLine's Northeast Trail at the Montgomery Ferry Drive bridge as seen in 2020. This section will receive lighting as part of the 16-month construction work on "Segment 2" of the trail. (Photo by Atlanta BeltLine Inc.)

Construction is starting on part of the Atlanta BeltLine’s Northeast Trail, a 16-month project that will start with the June 1 closure of an unpaved section.

The BeltLine is the 22-mile loop of trails, transit and green space being constructed around the city by Atlanta Beltline Inc. (ABI). The Northeast Trail is a trail section that would run between Buckhead’s Lindbergh Center MARTA Station and the existing Eastside Trail’s end at Monroe Drive in Midtown. 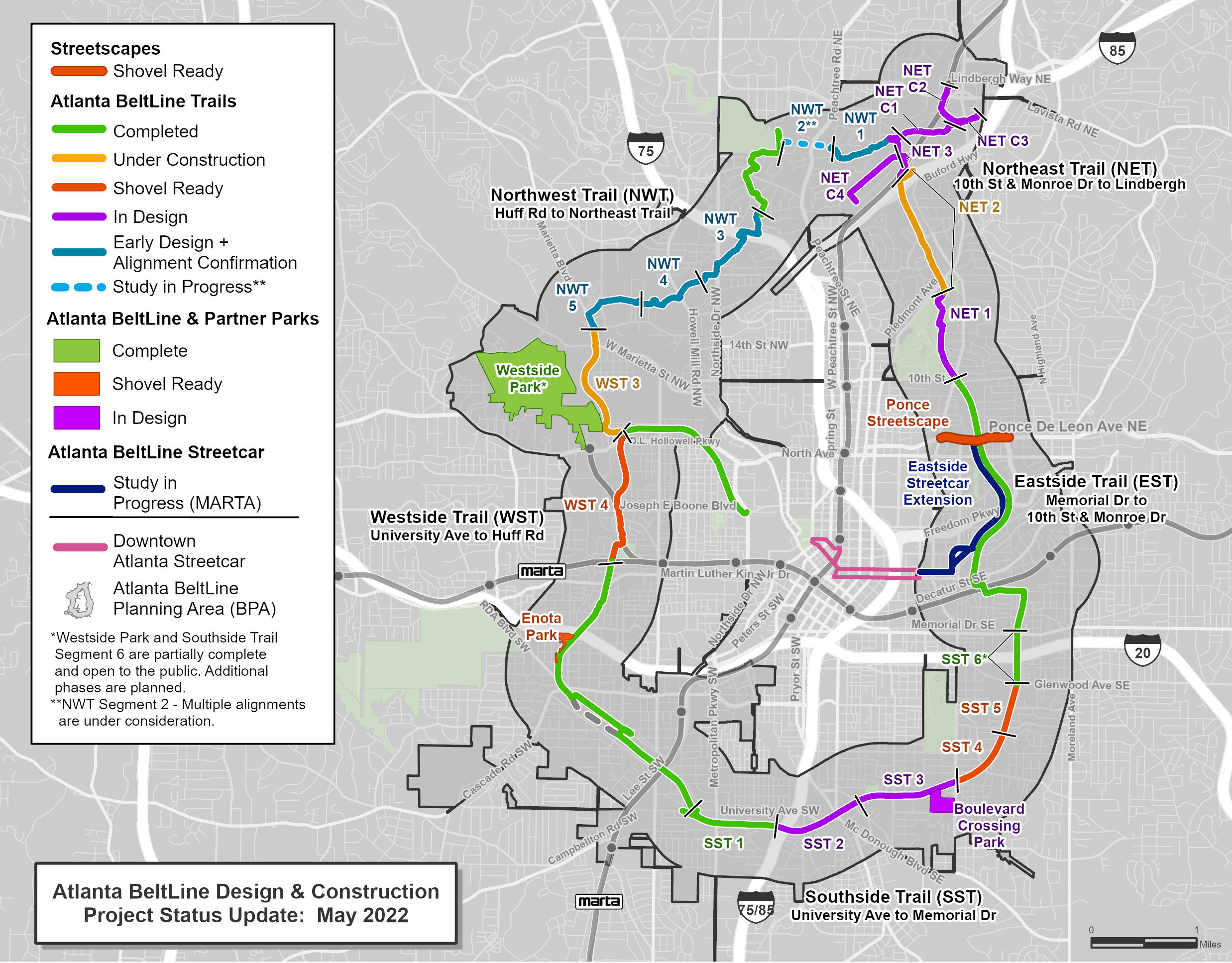 As a project, the Northeast Trail is divided into three “segments” with differing timelines. The current work is on “Segment 2,” a 1.2-mile stretch between Westminster Drive at the northern tip of Piedmont Park and Mayson Street in Buckhead’s Armour-Ottley neighborhood. That segment currently exists in rough-draft forms that include unpaved sections as well as a paved section that is lacking full amenities, such as streetlights.

Construction on “Segment 1,” between Monroe and Westminster through the park, could begin in late 2023, ABI said in a press release. “Segment 3,” between Mayson and the MARTA station, is still in a planning phase as ABI tries to secure funding for routes that must navigate a complex network of streets, properties and railroad tracks.

The light-rail transit portion of the entire BeltLine, including the Northeast Trail corridor, remains under study as well.