Buckhead-area Atlanta City Councilmember J.P. Matzigkeit is asking the top-polling mayoral candidates to sign a pledge to carry out 10 policy proposals that he says would address the controversial movement for the neighborhood to become its own city. 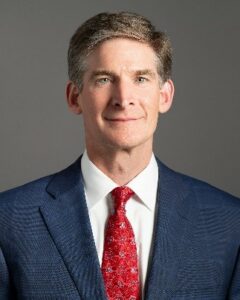 Matzigkeit says his “Buckhead Pledge” — focused on public safety, zoning, transportation and trash collection — went out Oct. 3 to candidates Antonio Brown, Andre Dickens, Sharon Gay, Felicia Moore and Kasim Reed. He gave them a signing deadline of Oct. 15 and will report the results in the constituent newsletter from his District 8 office, which represents much of western Buckhead.

“I was elected to make Atlanta work for Buckhead and that’s really what this pledge is about,” Matzigkeit said in an interview. “I think that most of all of these issues are also the ones that are the biggest issues citywide as well,” he added, but acknowledged that the main reason is he sees them as drivers of discontent that is fueling the “Buckhead City” movement. That movement is gaining traction among Republican lawmakers from outside Atlanta ahead of General Assembly consideration of whether to OK a Buckhead-only vote on the issue in 2022.

All five of the mayoral candidates who are receiving the pledge have publicly stated their opposition to Buckhead cityhood. In a press release, Matzigkeit says he has taken no stance on the cityhood question while empathizing with its supporters’ concerns. “I get what the Buckhead City movement is all about. I understand the frustration,” he said in the release.

Asked if he had been asked to sign any political pledges when he first ran for office in 2017, Matzigkeit said, “No. There wasn’t a movement to have my council district secede from Atlanta, either. Times are different now.”

After a single term in office, Matzigkeit is not running for reelection this fall, citing the time demands of the job. Mary Norwood, a former City Council member and two-time unsuccessful mayoral candidate, is running unopposed to replace him. (She also says she has no position on cityhood.) Why would mayoral candidates listen to policy suggestions from an outgoing councilmember and sign his pledge?

“They’re not listening to me. They’re talking to the voters of Buckhead,” Matzigkeit says. “That’s what this is about.”

Gay was the first candidate to publicly respond to the pledge, saying that she supports all of its items “in principle” but that her belief is in citywide responsiveness.

“I am running to be ‘The Neighborhood Mayor’ precisely because I believe our municipal leadership has lost sight of the fact that our city is only as strong as its neighborhoods,” Gay said in an Oct. 4 press release. “We must include our neighborhoods in the City’s decision-making process and tailor our services and infrastructure investments based on their specific needs. I pledge to do exactly that.”

1. Increase APD’s ranks to the targeted 2,000+ level as soon as possible, and deploy new officers equitably across Atlanta.

3. Reach an agreement with Fulton County by July 1, 2022, to provide all or a portion of Atlanta’s jail to house Fulton County inmates.

4. Build a new fire station in south Buckhead to ensure residents have fire and rescue services with adequate coverage and response times.

5. Spend all impact fees generated by new development on projects in the council district where the development and impact occurs. This is consistent with Georgia law and ensures those communities do not bear the brunt of growth.

6. Allow Community Improvement Districts, such as the Buckhead CID, to bid projects to increase efficiency of much-needed infrastructure projects.

7. Spend park and recreation dollars in Buckhead at a level proportionate to Buckhead’s population within the city. This includes park maintenance and capital funding to improve and build adequate facilities.

8. Work with MARTA and the Atlanta Department of Transportation to create commuter bus service at MARTA train stations and other central areas to relieve Buckhead traffic congestion.

9. Support residential neighborhoods by opposing zoning changes that: a) eliminate single-family residential zoning designations, b) allow for zero-lot line subdividing of residential lots, c) allow for the creation of separate parcels from single-family lots beyond what is currently allowed and d) allow for expansion of Auxiliary Dwelling Units (ADUs) beyond their current zoning allowance.

10. Direct the city to determine the most efficient way to provide solid waste services, including through managed competition or outsourced to a private-sector business, and to establish solid waste fees, not taxes, that reflect the cost of the specific services residents and businesses receive.

Update: This story has been updated with comment from candidate Sharon Gay.