Credit downgrades were announced Tuesday on five loans taken out by two governmental entities that used the money to help pay for the Mercedes Benz Stadium and State Farm Arena, according to rating actions issued by Moody’s Investors Service. 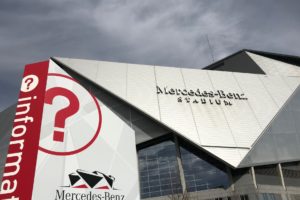 The entities involved are the Atlanta Development Authority, which does business as Invest Atlanta; and the Atlanta and Fulton County Recreation Authority.

The credit outlook on all the loans was rated negative because of the lingering economic slowdown related to COVID-19, according to Tuesday’s rating actions.

Analysts do not predict default on debt payments. The funding programs have enough reserves to make payments, even if the tax collections are not sufficient to cover payments due this year and next year, analysts observed.

The downgrades affected a total of five bonds. The credit rating on each bond remained in a category Moody’s views as “upper-medium grade and are subject to low credit risk.”

The reason cited for each of the downgrades was the plunging rate of travel related to the COVID-19 pandemic. The drop in travel has eroded tax revenues from hotel and motel rentals, and car rentals, analysts observed.

The downgrades were expected. 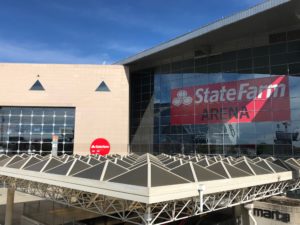 Moody’s announced April 17 it was placing the previous credit ratings on review for downgrade because of the likelihood that tax revenues were to suffer what analysts predicted would be an, “immediate and substantial drop from a coronavirus-induced slowdown.”

Analysts followed through on that prediction in Tuesday’s rating action. The rating also cited reserve funds that analysts viewed as sufficient.

In the case of AFCRA, the rating action observed:

The rating actions observed of each entity: