Decatur orphanage to be sold for funds to expand services; concerns over fate of property 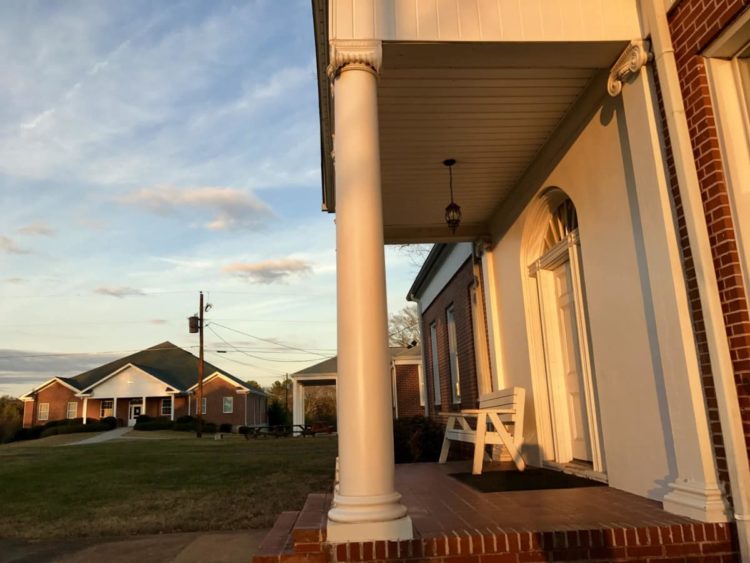 The United Methodist Church Children's Home, in Decatur, is to be sold and proceeds used to expand services to children and families. Credit: Kelly Jordan

The board of the United Methodist Children’s Home voted Tuesday evening to sell its 77-acre campus in Decatur and use the proceeds to expand services in DeKalb and Fulton counties, and across north Georgia. 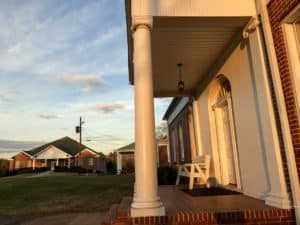 The United Methodist Children’s Home, in Decatur, is to be sold and proceeds used to expand services to children and families in DeKalb and Fulton counties, and across north Georgia. Credit: Kelly Jordan

“We’re changing, adapting to the world around us and, especially, to the needs of children and families,” John Cerniglia, vice president of philanthropic development for the UMC home, said Wednesday afternoon.

“We made what I think is a courageous decision to unlock the capital and put it to work in north Georgia, where the families and children in need are located,” Cerniglia said.

The home has been at its present location, 500 South Columbia Drive, for 143 years. Before that, it operated for two years in Norcross.

The board is committed to ensuring a continuum of care during the transition, he said. In addition to helping children, the UMC home helps families stay together so children aren’t removed from parents and placed in state custody. 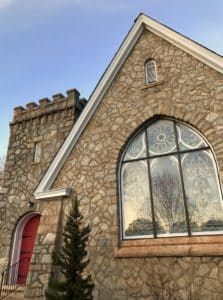 “Everybody who is on campus when we move will continue to enjoy all the services we provide in an uninterrupted way,” Cerniglia said. “We want to be crystal clear about that.”

Timing of the sale is contingent on a number of factors, Cerniglia said. An early step will be to retain a broker. The market will play a role, as will the ability to find suitable replacement space and the commitment to providing uninterrupted service. A total of about 150,000 square feet is to be leased on a long-term basis, he said. Leasing will provide flexibility to adapt to future needs, Cerniglia said.

Replacement space will consist of apartments for young adults and townhomes or houses for families with children; office space; and space for outdoor recreation and indoor education, such as how-to-feed-yourself cooking classes.

The UMC home property is unique and, therefore, challenging to price.

Comparables simply don’t exist. The property includes 31 structures. Most of them are single-story cottages that housed orphans from the 1870s to the 2010, Cerniglia said.

Georgia had an estimated 11,551 children in state custody as of Sept. 30, 2015, according to the latest available report from the Georgia Department of Family and Children Services. The top five reasons children are in state custody are: Neglect; drug abuse; inadequate housing; abandonment; incarceration.

The greatest need for foster care in Georgia is in Floyd County, where Rome is located, according to DFACS.

Cerniglia used Floyd as an example to illustrate how proceeds of the sale of the Decatur campus will enable the children’s home to serve children and families in Floyd County. 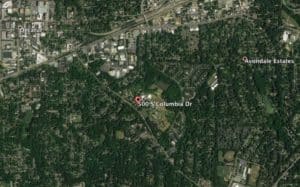 A short distance from downtown Decatur, the 77 acres of the United Methodist Children’s Home are sparsely developed, compared to its neighborhood. Credit: google earth

For starters, if a foster family is not immediately available, the state’s current policy is to place a child removed from a home into a motel room, with a guardian, until foster care family can be arranged, Cerniglia said. Proceeds of the sale of the campus will enable the children’s home to recruit and train more families to serve as foster families, shortening the time that a lack of an available foster family compels children to not have a family environment.

In addition, the children’s home may decide to expand its services to Floyd County, Cerniglia said.

Critics include nearby residents, some of whom jog on the campus, use its playground and otherwise enjoy it as a public park.

“While we do care about our neighbors and have invited them for 143 years, our No. 1 concern is children and families in crisis,” Cerniglia said. “The board was attentive and sensitive to the concerns expressed. The board also was joyful and had a sense of anticipation and excitement because members realized the potential to reach more children and families. There was a mix of emotions.” 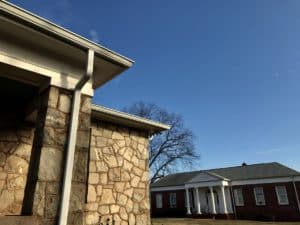 The buildings at the United Methodist Children’s Home comprise a tightly knit campus nestled in a large tract of land. Credit: Kelly Jordan 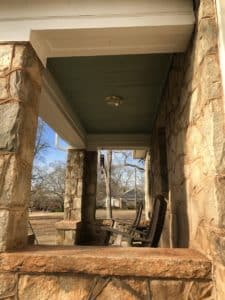 The front porches of the cottages at the United Methodist Children’s Home provide a retreat for thought and fellowship. Credit: Kelly Jordan 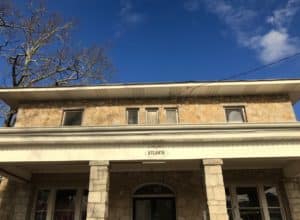 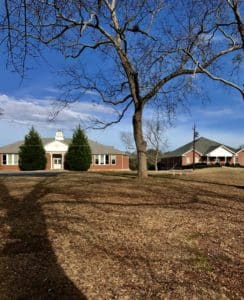 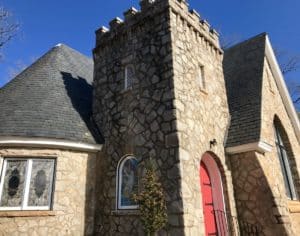 The architecture of the church at the United Methodist Children’s Home reflects the gothic style adopted in the mid 1800s by the Methodist Conference. Credit: Kelly Jordan