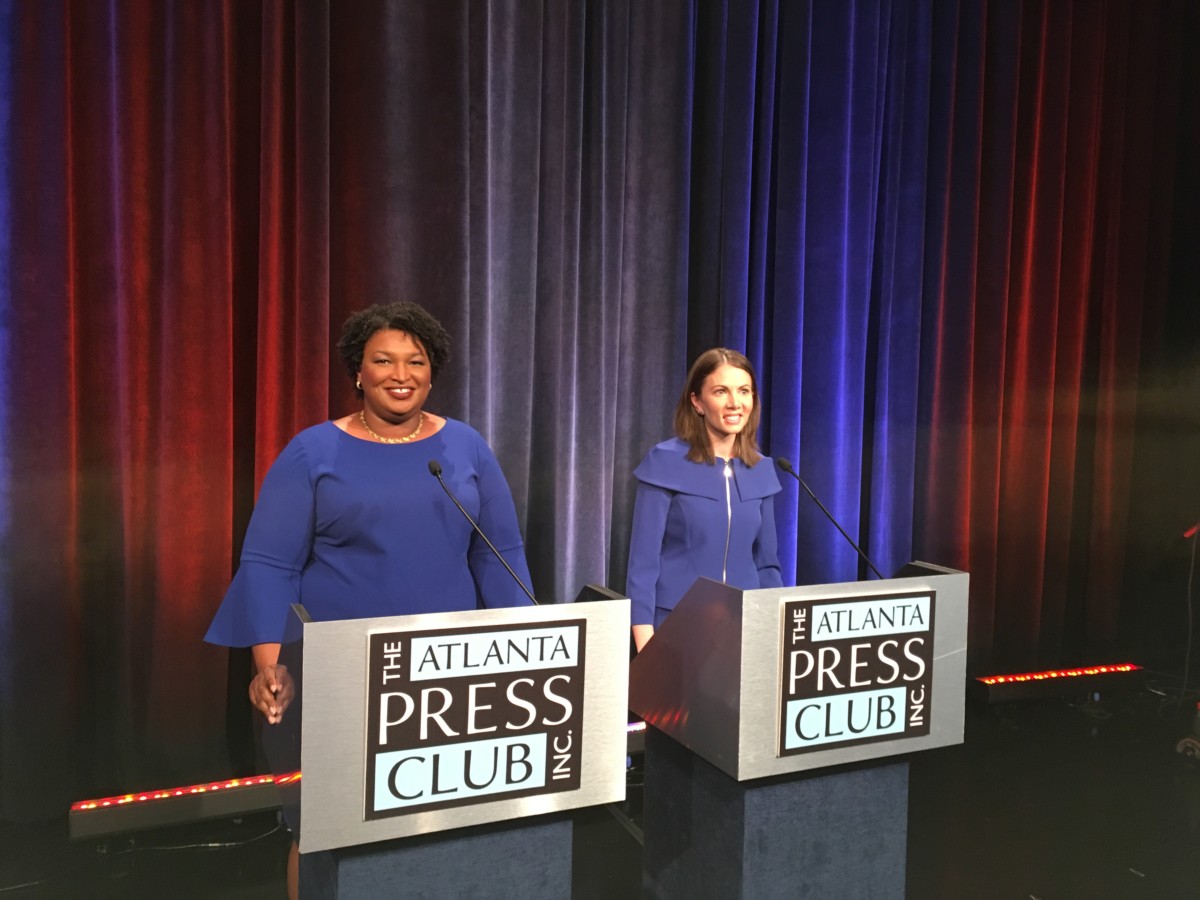 A pair of Democratic colleagues-turned-rivals sparred over HOPE scholarships, in one of their last meetings before voters decide which of them to nominate in the race to be the next Georgia governor.

The policy feud that’s been running through the election dates back to the dark financial days of 2011, as people and the state struggled out of the great recession. Republican Gov. Nathan Deal said the Georgia’s lottery-funded education programs would go bankrupt within two years if nothing was done. The combination of more students in pre-K classrooms, rising college tuition and fairly flat lottery sales was doing the programs in. 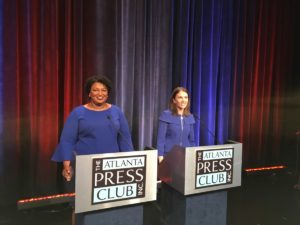 So the big change that came out of the Republican-controlled state Legislature was the rough shape of HOPE scholarships today: full college tuition for those with the very highest marks, and funding as available to others whose grades are good but not the best.

Stacey Abrams defends that deal, which she signed onto as the top-ranking Democrat in the state House. And Stacey Evans denounced it, as she did when she was a freshman in Abrams’ caucus.

Evans said the deal has caused African-American students especially to lose HOPE and has driven thousands to drop out of technical colleges.

“I want to bring back HOPE because I understand how vital those opportunities are to all Georgians,” said Evans.

Evans said Georgia can afford to invest in its peoples’ education — that it would take $20 million to restore tuition-free technical college to the way it was prior to 2011. And she’s long questioned whether the lottery sets aside too much money in the bank instead of spending it on scholarships.

But Abrams said the said the deal saved pre-K, remedial courses for technical colleges and that it guarantees that 100 percent of students who have a “B” average continue to receive the HOPE scholarship. She’s said that if it wasn’t for Democrats like her negotiating, the bill could have made scholarships even harder to get.

On a spot further down the educational ladder, Abrams accused Evans of failing to fully support public education. In 2015, Evans voted for an extremely contentious bill that would have allowed the state to take over the worst-performing K-12 public schools. Critics saw it as a bureaucratic usurpation of local school boards, and a toehold for private charters. Voters rejected it. But Evans has said she had supported it because couldn’t let the status quo continue. Both women voted for a 2017 bill that gave the state less-sweeping powers, but still allows Georgia to intervene in performing schools.

That they share a first name has been the subject of countless headlines about “two Staceys,” and makes it no easier for either of them to distinguish herself from the other.

Both candidates are attorneys, and both are alumnae of the state House: Abrams was sworn in in 2007; Evans in 2011. Both departed last year as they ramped up their runs for statewide office.

Neither has ever run statewide, so both have to work on name recognition outside their districts (That’s the east side of Atlanta for Abrams and Smyrna for Evans.)

Either one would be Georgia’s first female governor. Abrams would be the first African-American woman to be the governor of any state. Recent polls (for the AJC and WXIA) give Abrams a clear lead of something near 20 points, though many likely Democratic voters remain undecided.

Both have drawn on their personal and family histories in their campaigns. Neither came from wealth.

Abrams says her parents were dedicated to education for their children, even as money was tight. Wrapped around her call for criminal justice changes and better access to mental health care is the story she tells of her brother’s story of imprisonment, for bad decisions he made stemming from drug addiction.

Evans credits the HOPE scholarship with carrying her out of the precarious life she had as a child, moving 16 times among houses and trailers, with a mother who was sometimes with men who were abusive. The health of HOPE, for students in universities and technical colleges, is the defining issue of her campaign.

The prize for winning the primary is continuing on to roughly six months of battle with the GOP nominee. Since 2002, Republicans have won the top post in Georgia and President Donald Trump carried the state in 2016. Though Democrats have high hopes for a blue wave that appeared in places like Cobb and Gwinnett in 2016 when Trump was on the ballots.

On the GOP side, the gubernatorial nomination may require a runoff.

Polls and fundraising suggest the general election may well come down to another battle between similar names: Stacey versus Casey, Republican Lt. Gov. Casey Cagle.

The primary election is on May 22 and early voting is already underway.