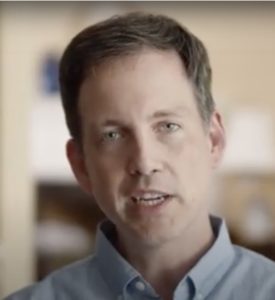 With a lead as of Friday afternoon of less than 2,000 votes out of nearly 5 million cast, we will have to wait a recount before Biden’s victory in Georgia is made official. Whether there was a blue wave in other races depends on what shade of glasses you’re wearing.

When you look at the sweep of local offices in Cobb and Gwinnett, the defeat of five Republican district attorneys around the state and Carolyn Bourdeaux’s apparent victory in the 7th District congressional race, the water looks pretty blue.

On the other hand, the Democratic drive to flip the Georgia House before the next reapportionment fell flat on its face. A few races are still to be determined, but Democrats fell well short of the 16 seats they needed to pick up, and the Republicans succeeded in their million-dollar effort to unseat House Minority Leader Bob Trammell.

Much of the battle over control of the Georgia Legislature was fought out in those Atlanta suburbs which are shaded deep blue on the maps you see on television. Republican Rep. Deborah Silcox appears to have lost her rematch with Democrat Shea Roberts, but several other Republican incumbents, including John Albers in the Senate and Ed Setzler and Sharon Cooper in the House, held on by razor-thin margins.

Keep in mind that this is the last time these races will be run on the current legislative map. To protect their already thinned-out majorities, the Republicans will have to draw a map with a lot more bulges, bumps and funny squiggles than the current one. But they’ll be the party drawing it.