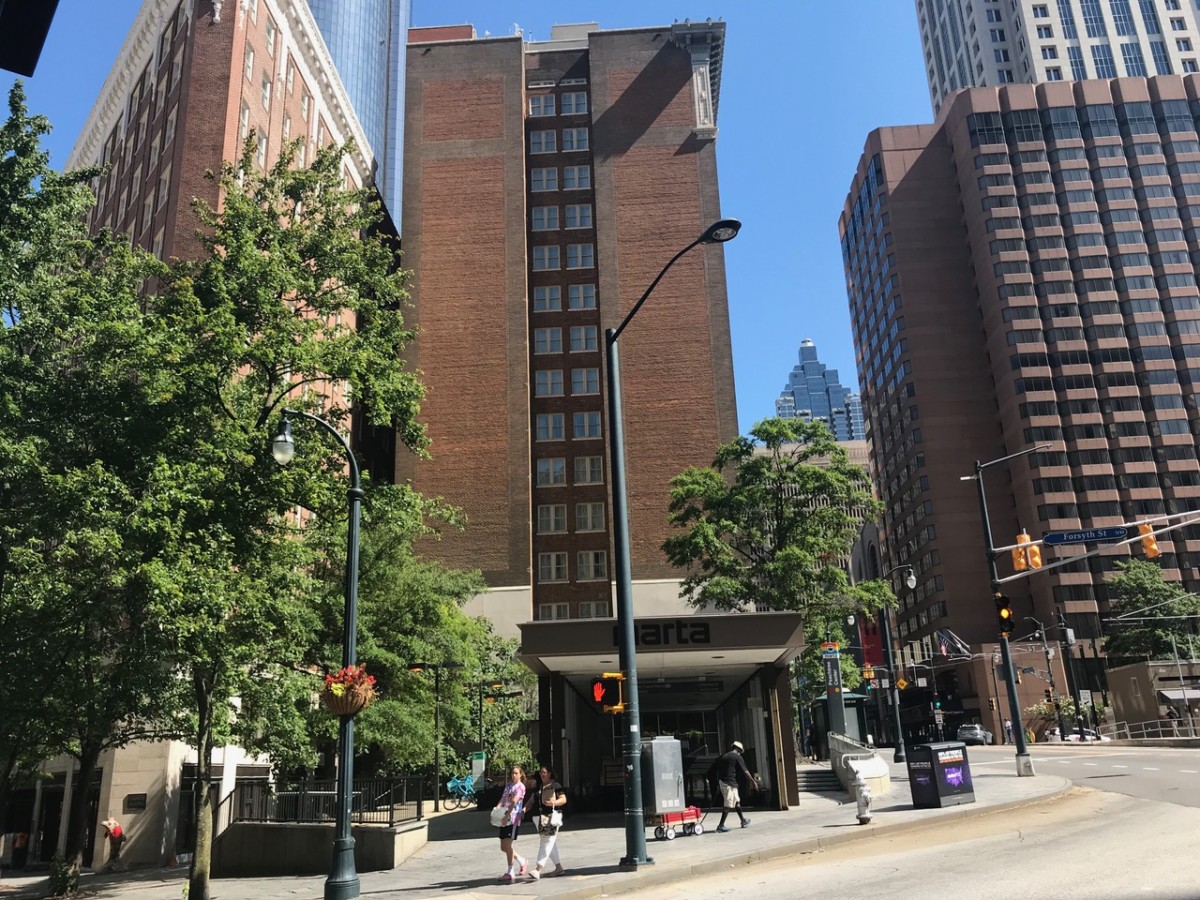 A developer seeking to do a transit-oriented development at the Peachtree Center MARTA Station got a green light Thursday at an agency committee meeting.

MARTA recommended the venture of RD Management and Kelco/FB Winecoff LLC as the preferred developer to build on the southwest corner of the MARTA Peachtree Center Station – a small piece of property that’s only 8,000 square feet. 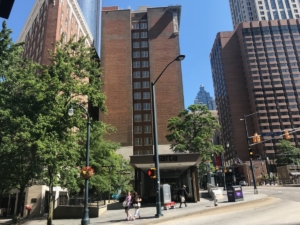 Amanda Rhein, MARTA’s senior director of TOD and real estate, said the developer intends to build three stories of commercial space on the site – a total of 16,000 square feet. It also is exploring building an additional four to five stories of residential above the commercial space.

“This entity owns the Winecoff Hotel, now the Ellis Hotel,” Rhein told members of MARTA’s Business Management Committee Thursday morning. “They have experience developing around this part of downtown.”

Rhein added that the development team transformed the Winecoff Hotel in 2005 – investing $23 million in that development. The firm also has a national real estate portfolio of 18 million square feet.

“They have significant liquidity and propose to finance the project internally,” Rhein said.

The site came on MARTA’s radar when another firm approached the agency and submitted an unsolicited bid to redevelop the property. Then MARTA sought “Requests for Proposals” earlier this year and received two bidders.

The initial firm submitted a proposal that would have only had two levels of commercial space. It also did not score as well on MARTA’s financial stability test, a requirement whenever the transit agency enters into an agreement with a possible TOD developer. 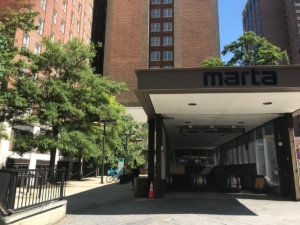 A closer look at the MARTA entrance (Photo by Maria Saporta)

“We are recommending this proposal because there’s a higher intensity of use,” Rhein said, adding that MARTA’s TOD program aims to support developments that will increase ridership on the system.

Another reason why MARTA preferred the RD Management/Kelco/FB Winecoff LLC proposal is because that entity holds an air-rights easement over some of the MARTA property next to the site.

Rhein said that by owning those air-rights, the firm would be able to develop a greater portion of the site and make it a more significant development.

A call to Richard Birdoff, president of New York-based RD Management, was not returned as of press time.

The Business Management Committee approved the development proposal unanimously. Now it is expected to go before MARTA’s full board next week. After that approval, Rhein said MARTA would enter into negotiations with the developer.

Once the negotiations are complete, Rhein said she would return to the MARTA board for final approval. 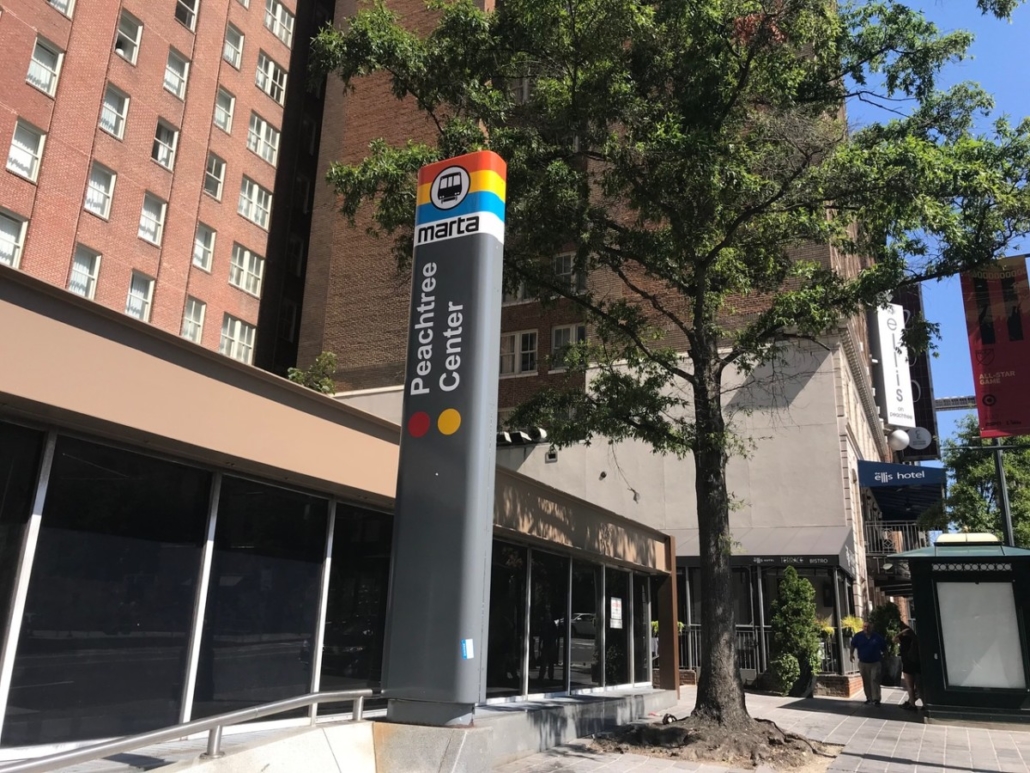 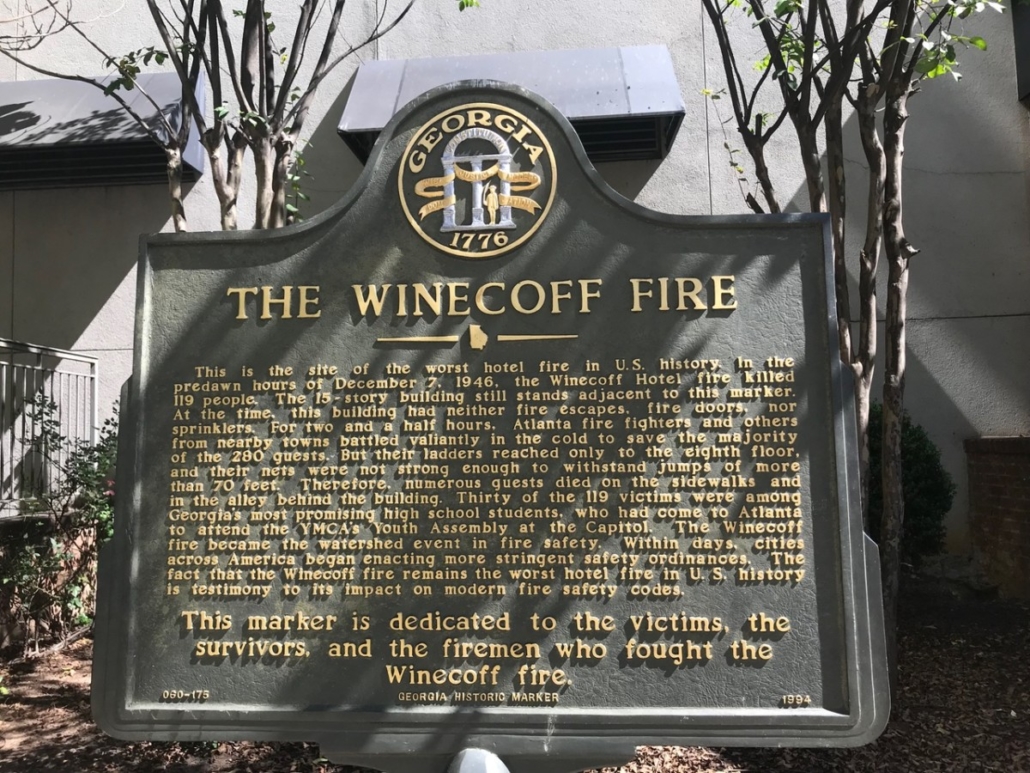 A historical marker chronicles the history of the Winecoff Hotel fire in 1946. It was the worst hotel fire in U.S. history, killing 119 people (Photo by Maria Saporta) 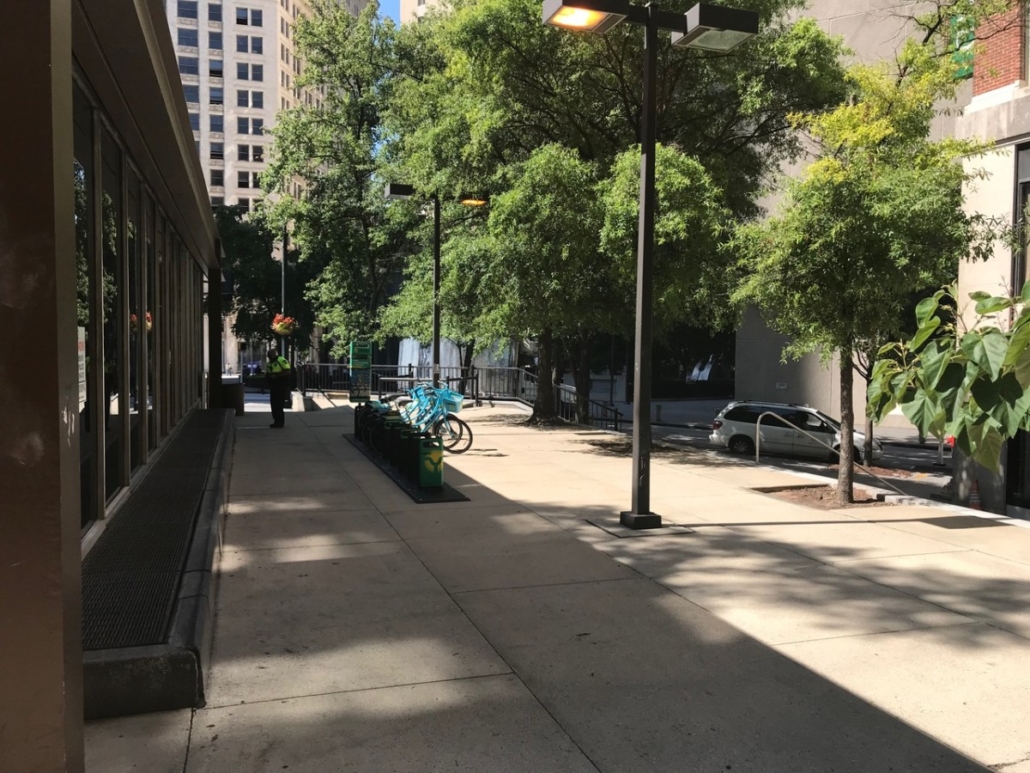 Another view of the site from behind the MARTA station entrance, looking south toward the Central Library (Photo by Maria Saporta) 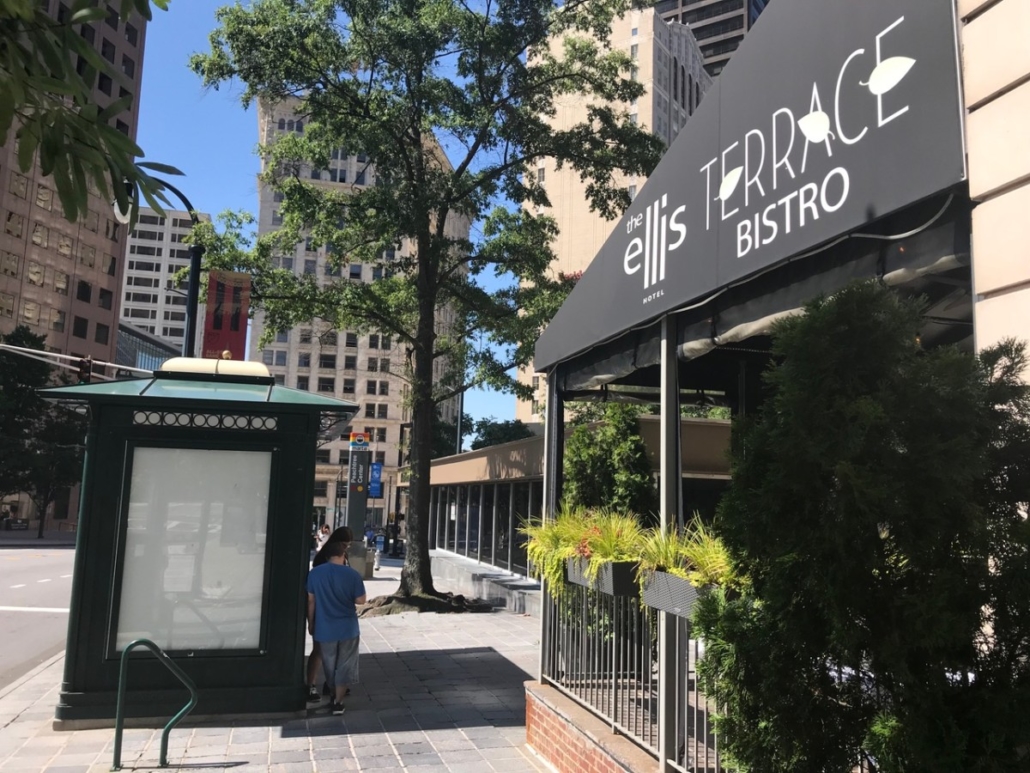 A view of the site from in front of the Ellis Hotel, looking south (Photo by Maria Saporta) 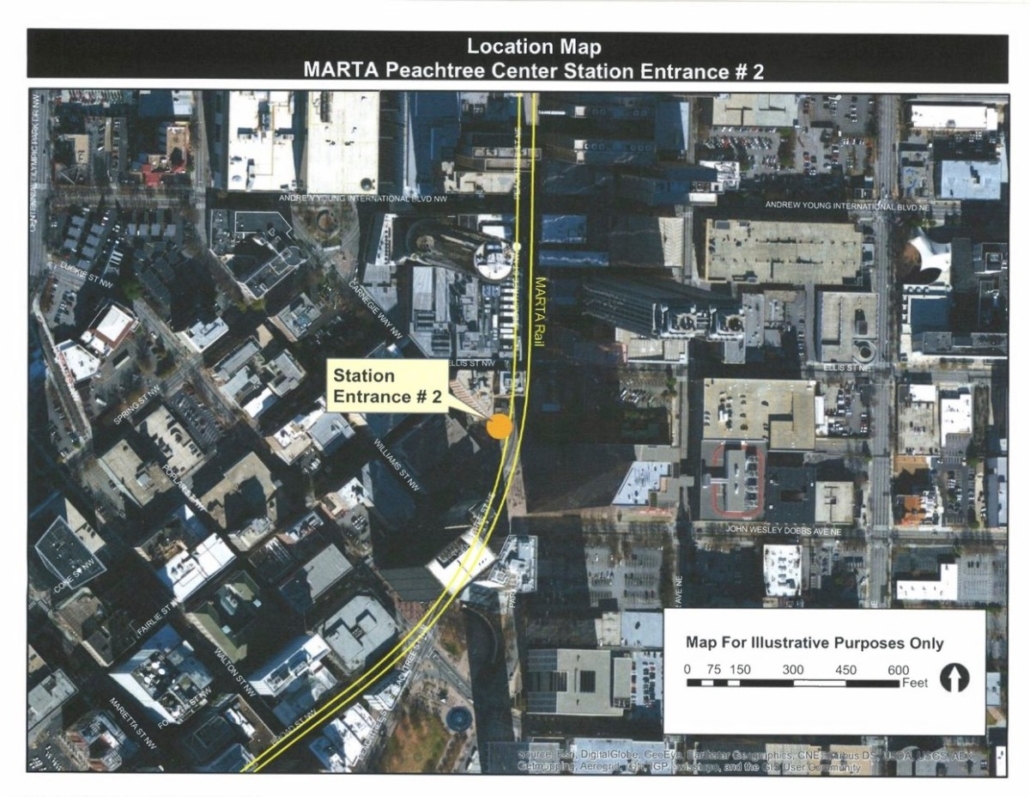 A location map of the site (Special: MARTA)