Raw sewage won’t be dumped into the Chattahoochee River following a ruling from the state so recent it got ahead of Tuesday’s release of the “Dirty Dozen,” an annual report from the Georgia Water Coalition on 12 environmental threats to the state’s waters. 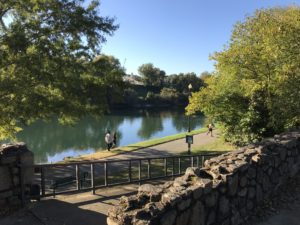 The new water discharge permit issued to Columbus orders the city to stop dumping untreated sewage into the Chattahoochee River. The city had opposed the proposed restriction for five years. In August, Columbus lost a bid to change state law to eliminate the requirement. Columbus can appeal the ruling on the permit.

The ruling comes at a precarious moment for the Chattahoochee River. The U.S. Supreme Court has ordered oral arguments this session on Florida’s claim that Georgia’s consumption has wrecked the fishery in Appalachicola Bay, which the state has  closed to oyster harvesting. In Carroll County, residents are fighting a proposed rock quarry they think could create hazardous runoff into the river.

The Dirty Dozen report released Tuesday shined the spotlight on Columbus’ attempt to thwart the tighter restrictions and avoid the cost of upgrading its sewage treatment system. These upgrades can be costly – Atlanta’s bill to fix a similar situation is estimated in excess of $4 billion and the city acted only in response to a federal lawsuit filed in 1995 by the state and federal governments, and the Atlanta-based Chattahoochee Riverkeeper.

In the Columbus situation, it just so happened that the permit with the tighter restrictions was issued Nov. 10 by the Georgia Environmental Protection Division, a unit of the Georgia Department of Natural Resources. That was the week before the release of the 10th annual Dirty Dozen report.

Wetlands located along the Chattahoochee River would be impacted by a proposed rock quarry, according to an application filed by the developer with the state. File/Credit: Brian and Shanda Cook

The Chattahoochee Riverkeeper nominated the Columbus situation to the 2020 Dirty Dozen. The riverkeeper has been urging EPD to compel Columbus to stop dumping raw sewage into the river.

Kevin Jeselnik, the riverkeeper’s lawyer, said Wednesday the tighter restrictions in the EPD permit are the outcome the riverkeeper had been working to secure. Restrictions are set on chlorine discharges and bacterial counts, according to the permit.

“Chattahoochee Riverkeeper is very happy to see EPD issue protections for river users in this section of the Chattahoochee,” Jeselnik said. “The permit has more controls for the bacteria released into this stretch of the river, where the whitewater flows, and adds monitoring so we will know in real-time how the sewer system is affecting water quality in Downtown Columbus.”

Jeselnik acknowledged the timing is a bit awkward, in light of Tuesday’s release of the Dirty Dozen. The riverkeeper typically reviews discharge permits on a monthly basis and this one came out midmonth.

State lawmakers no longer can raid the funds to balance the state budget. Georgia voters on Nov. 3 amended the state Constitution to ban the practice by overwhelmingly approving Amendment No. 1.

The common, and well-known, practice has been a fact of life since the 1990s. The state had redirected during that time nearly $215 million, or 42 percent of the fees collected from citizens and businesses, according to the 2019 Dirty Dozen. The Hazard Waste and Solid Waste trust funds were intended to pay for the clean up of landfills and dumps.