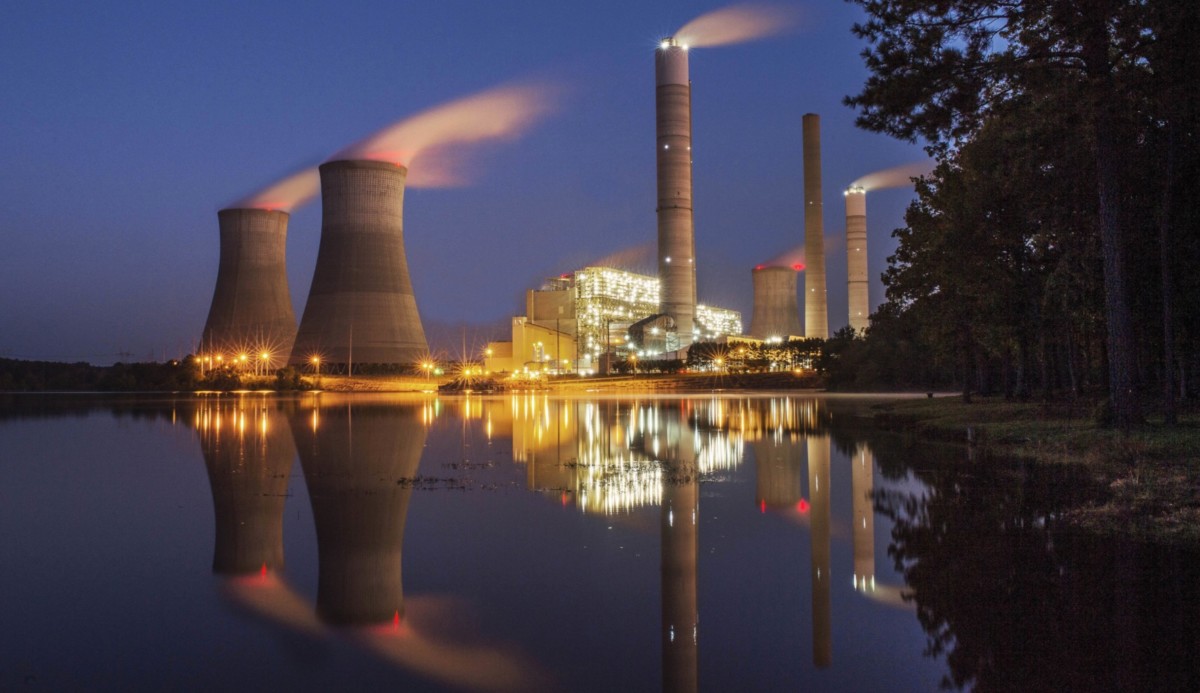 By David Pendered and Kelly Jordan

The Georgia Water Coalition’s latest report on the state’s most polluted waters shifts the traditional focus of the Dirty Dozen from the most polluted places to the “politics, policies and issues” that most threaten Georgia’s water. 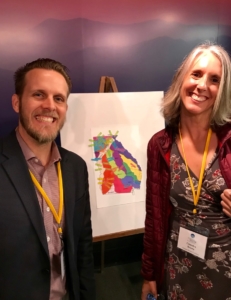 Chandra Brown, of the Georgia Water Coalition, and Ted Terry, chapter director of the Georgia Sierra Club and mayor of Clarkston, stand in front of a map that shows Georgia’s water basins and the state senate district located within each basin. Credit: Kelly Jordan

The Dirty Dozen was released Tuesday, the day before a record crowd gathered for the Georgia Water Coalition Partners Meeting. A total of about 85 riverkeepers and clean water advocates attended the meeting at the Georgia Wildlife Federation’s Alcovy Conservation Center, near Covington.

The 2018 edition of Dirty Dozen still identifies a dozen waters or water-related issues. But it places them into a broader context of how the situation has been created and allowed to continue.

“From state leaders deceiving citizens and shortchanging environmental programs in the state budget to powerful corporations using their influence to change state policy at the expense of ordinary citizens, this report is as much about dirty politics as it is dirty water,” Jesse Demonbreun-Chapman, executive director and riverkeeper with the Coosa River Basin Initiative in Rome, said in a statement.

For example, the report contends that the state Legislature approved a bill this year at the behest of Georgia Power. The company creates a lot of coal ash at power plants, and the new law sets the price of dumping that ash below that of household waste, according to the report, which observes:

Each of the 12 “worst offenses against Georgia’s water” concludes with a call to action. In the case of the landfill situation, the call states:

The report presents a chronological narrative to details the political actions it says have contributed to or created water quality problems. The report observes:

“Ten days in March illustrated the extent of the dirt in Georgia’s politics when it comes to protecting our water.

The release of the Dirty Dozen follows the release of the Clean 13, issued in September, which recognized 13 companies, organizations or individuals honored for “extraordinary efforts [that] have led to cleaner water in Georgia,” according to a statement from the water coalition. 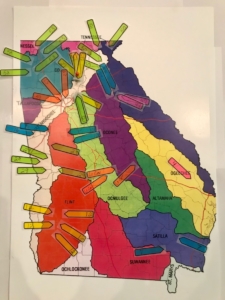 This map by the Georgia Water Coalition shows the water basins of Georgia and the tags denote the state senate district that within all or part of each basin. Credit: Kelly Jordan 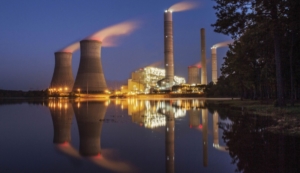 Georgia Power says its Plant Scherer, in Monroe County, is one of the nation’s largest power plants and can supply enough energy to power 1.5 million homes. Credit: PR Newsfoto/Georgia Power