Dominique Wilkins to be honored with street designation at Philips Arena 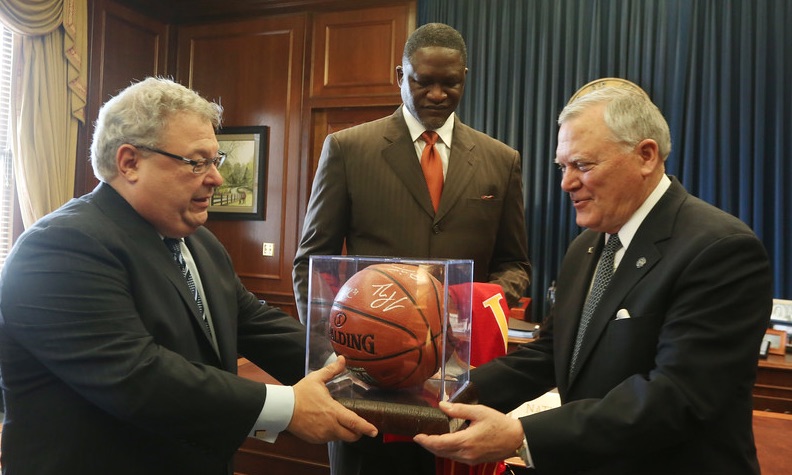 The Atlanta Hawks are poised to prevail in their attempt to honor former Hawks star Dominique Wilkins by getting Atlanta to designate in his honor the portion of Centennial Olympic Park Drive in front of Philips Arena. 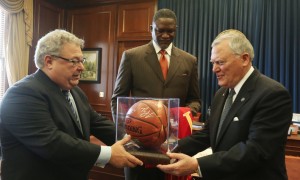 The Atlanta City Council is slated to approve the designation at its meeting Monday.

The measure is to be the first of at least two the Hawks will take to pay respects to a player once known as the “human highlights film.” These recognitions follow the leading role Wilkins played last week in the team’s grand tour of the state Capitol.

The legislation calls for a portion of Centennial Olympic Park Drive to be designated “Dominique Wilkins Way.” Each existing street sign will be topped with an additional sign that will identify the honorary designation.

The stretch of COP Drive to be designated for Wilkins is between Martin Luther King Jr. Drive and Marietta Street. The Hawks have agreed to pay all costs associated with the project, which will be overseen by the city’s Department of Public Works.

According to the legislation, Atlanta is honoring Wilkins for the following reasons:

The paper does not set a schedule for the signs installation.

Next up is the scheduled unveiling of a statue of Wilkins on March 5, during a special ceremony at Philips Arena. At the time, the team will be in Atlanta for a two-game home stretch on March 3 and March 6.

Details of the statue and the program are hard to find. The Hawks released a statement in September saying the statue would be larger than life and placed outside Philips Arena. The statement said the statue:

Last week, Gov. Nathan Deal and the Georgia Legislature celebrated Wilkins and other past and current members of the Hawks organization.

Laudatory resolutions were approved by the House and Senate. House Speaker David Ralston co-signed the House resolution. Deal hosted the group in his ceremonial office for a round of congratulations, a gift exchange, and photos.

Senate Resolution 63 and House Resolution 49 included a fair amount of praise for Wilkins, including this identical paragraph:

The Senate concluded by honoring the team, Wilkins and the arena where they play:

The House concluded by honoring a few additional members of the Hawks family: