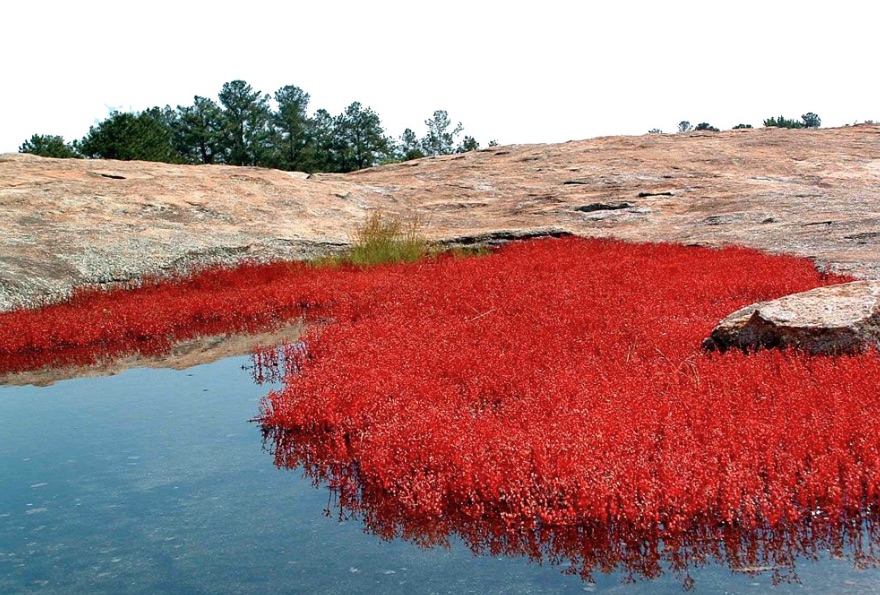 Arabia Mountain is home to diamorpha, which is found mainly in shallow basins on rocky outcrops. The Tennesseee Department of Environment and Conservation has listed diamorpha as an endangered species. Credit: arabiaalliance.org

Georgia’s population boom of the past 35 years is just the latest contributor to environmental challenges facing metro Atlanta and much of the state’s Piedmont region. Past activities to cultivate trees, crops and animals set the stage for today’s conditions, according to a state report. 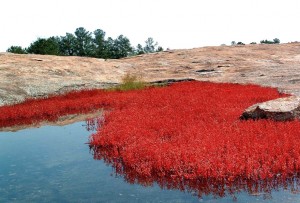 Arabia Mountain is home to diamorpha, which is found mainly in shallow basins on rocky outcrops in Georgia and which Georgia wants to protect. Species have been found in five other southern states. The Tennesseee Department of Environment and Conservation has listed diamorpha as an endangered species. Credit: arabiaalliance.org

The draft “2015 State Wildlife Action Plan” portrays Georgia’s Piedmont eco-region as a place settlers altered in order to develop the land for agricultural uses – farms for crops, livestock and trees.

A public comment period on the draft plan ended last week. The Georgia Department of Natural Resources intends to continue developing the plan.

Farmers changed the very nature of the forest to provide timber and other products that were commercially valuable. For example, the report observes:

A great proportion of the newcomers landed in metro Atlanta, and the report observes other Piedmont cities with significant growth include Augusta, Gainesville, Columbus, and Athens. 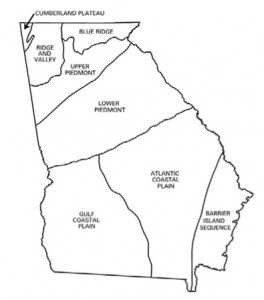 To accommodate this population growth, agricultural land and forests in the Piedmont region gave way to residential and commercial developments, the report notes.

This snapshot covers only a five-year period. In addition, the report shows the dramatic changes in prior years – the period from 1974 to 1998:

Projections show the population growth will continue. This ongoing growth is part of the reason Georgia is updating its wildlife management plan.

Georgia’s population growth rate is forecast at 46 percent by 2030, taking the state’s population to 14.7 million, according to a projection made in 2010 by Georgia’s Office of Planning and Budget. OPB helps the governor draft a budget.

Metro Atlanta is to remain the highest population density in the state, with substantial growth forecast in the northern and coastal counties, the report states.

The urban and suburban development creates a number of environmental challenges, according to the report: