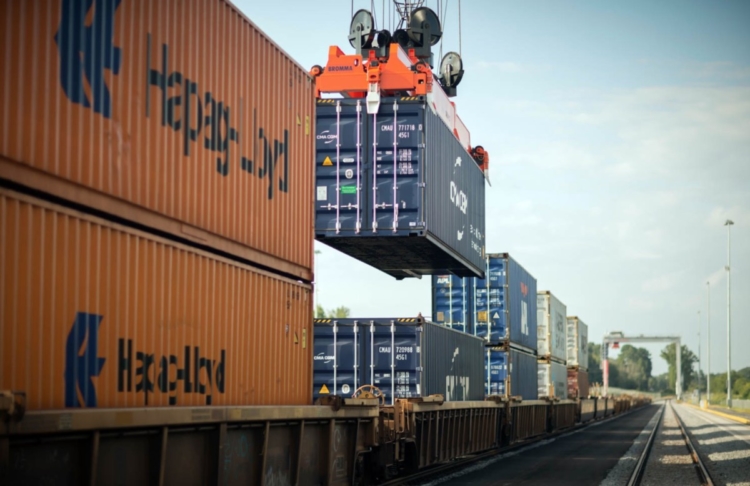 The environmental review is underway for a planned inland port to be built northeast of Gainesville. Presuming it opens, the facility that’s billed as a way to ease traffic congestion in metro Atlanta is likely to be heralded as a success as the state House prepares to update Georgia’s decade-old rail improvement plans. 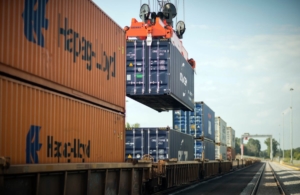 The planned inland port is expected to have significant environmental impact, according to a Dec. 27 letter to Hall County’s Development Authority from the U.S. Army Corps of Engineers. Incidentally, the gainesvilletimes.com reported that Hall County sold the site to the Georgia Ports Authority on Dec. 12 for nearly $5.6 million.

To compensate for this damage, almost 27,000 stream credits are to be purchased from three mitigation banks that are in the primary service area of the planned inland port – the Rose Creek, Greensboro and Pritchett mitigation banks, according to the corps’ letter.

In addition, some amount of dredged or fill materials is expected to be dispensed into waters of the United States, according to the corps’ letter. The letter says the closest water body is the North Oconee River.

That said, the inland port appears to be within a quarter-mile of the upper reaches of Lake Lanier. The port site is a few miles north of the Ga. 284 bridge over the lake, on is located on the east side of the lake.

The project covers nearly 283 acres and is located alongside Norfolk Southern’s main line. It’s to provide: 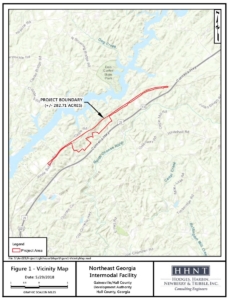 The planned inland port near Gainesville is to be built on nearly 283 acres northeast of Gainesville, located between the Norfolk Southern main tracks and U.S. 23. Credit: U.S. Army Corps of Engineers

The Gainesville inland port is to be the third such facility to open as part of the long-range expansion program of the Georgia Ports Authority. The authority intends to extend the reach of Georgia’s ports across the Midwest, and inland ports are a way to reduce the truck traffic that could bottleneck at the ports and their primary access roads – I-16 and I-95.

Of note, the freight report showed the Norfolk Southern line near Gainesville to be already at capacity and forecast to carry ever more traffic.

Inland ports are places where trucks and trains can meet to shuttle big containers filled with goods from a train to a truck. The idea is to shift cargo betweens trains and trucks at locations close to where it was created or is to be consumed.

This practice reduces the reliance on trucks to transport goods between inland locations and the state ports in Savannah and Brunswick. The long-distance hauls can be shifted from highways to rail. 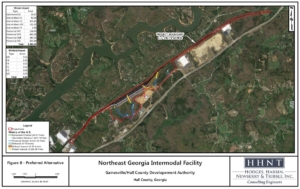