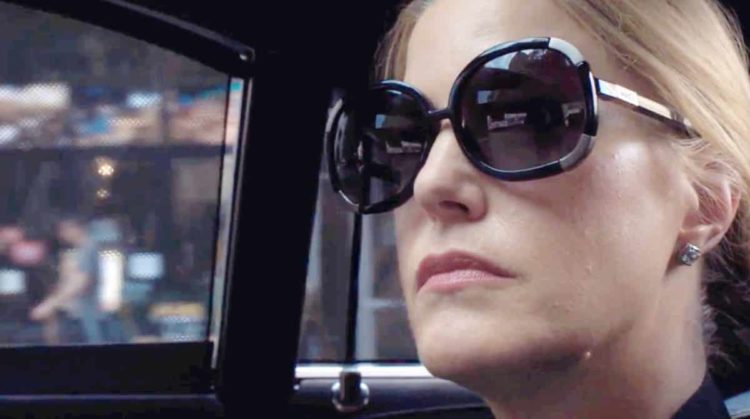 “18 Macallan, no ice” is how one orders a drink. The special at the expensive restaurant where everyone lunches is Tasmanian Sea Trout. And elliptical Big Brother Speak along the lines of,  “The perception is that you rubbed people the wrong way,” is code for “You’re fired.” 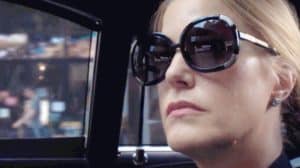 Investment banker Naomi Bishop (Anna Gunn from “Breaking Bad”) has heard this “perception” thing more than once. Her workplace sin – along with being a woman – is that an IPO launch she was handling failed to … well … take off.

Still, Naomi is made of tough stuff. She’s had to be in order to survive as long as she has.  She’s also had to make choices. Such as, no husband, no kids, not even a dog (A fish, yes). An attractive Brit lover (James Purefoy), who works at her company in a different division, counts as a perk of sorts. Or is he? At one point, he reaches over her sleeping body for her cell phone. (Someone in the audience audibly gasped).

Back to business … literally. Naomi hopes she can earn redemption – and make a ton of money – by signing up a new client, Cachet, a tech entity devoted to ensuring privacy on social media sites. “Are you ready to be the rock star of this road show,” she asks the callow CEO who probably still has an old poster of Richard Branson in his bedroom.

Naomi has an ambitious underling named Erin (Sarah Megan Thomas).  We know she’s a bad person because she checks her cell phone in the middle of her sonogram. Naomi trusts her … to a point. When Erin fetches her a snack in the middle of a stressful day, Naomi dryly notes, “Your concern is almost authentic.”

But then, trustworthy people are generally in short supply. A prosecutor (Alysia Reiner of “Orange is the New Black”) who’s sniffing around for investor fraud chats Naomi up at a college reunion. No wonder a deficient chocolate chip cookie can trigger a paranoid meltdown. Who among her colleagues (Naomi demands), thinks so little of her as to hand her a cookie with only three chips???

What was that about equal pay for equal work?

The performances are good; the story is smart – though admittedly a bit convoluted for those of us who struggle with Wall Street jargon.

While you may miss the snap-crackle-pop brio of “The Big Short” or the clever, character-driven manipulations of the under-appreciated “Margin Call,” “Equity” has its moments.

Lots of them, actually.  And it’s just insightful enough about the whole women-at-work thing to make some very good points without grandstanding. This is a movie about adults who sometimes act like very greedy children.  But then, who hasn’t?