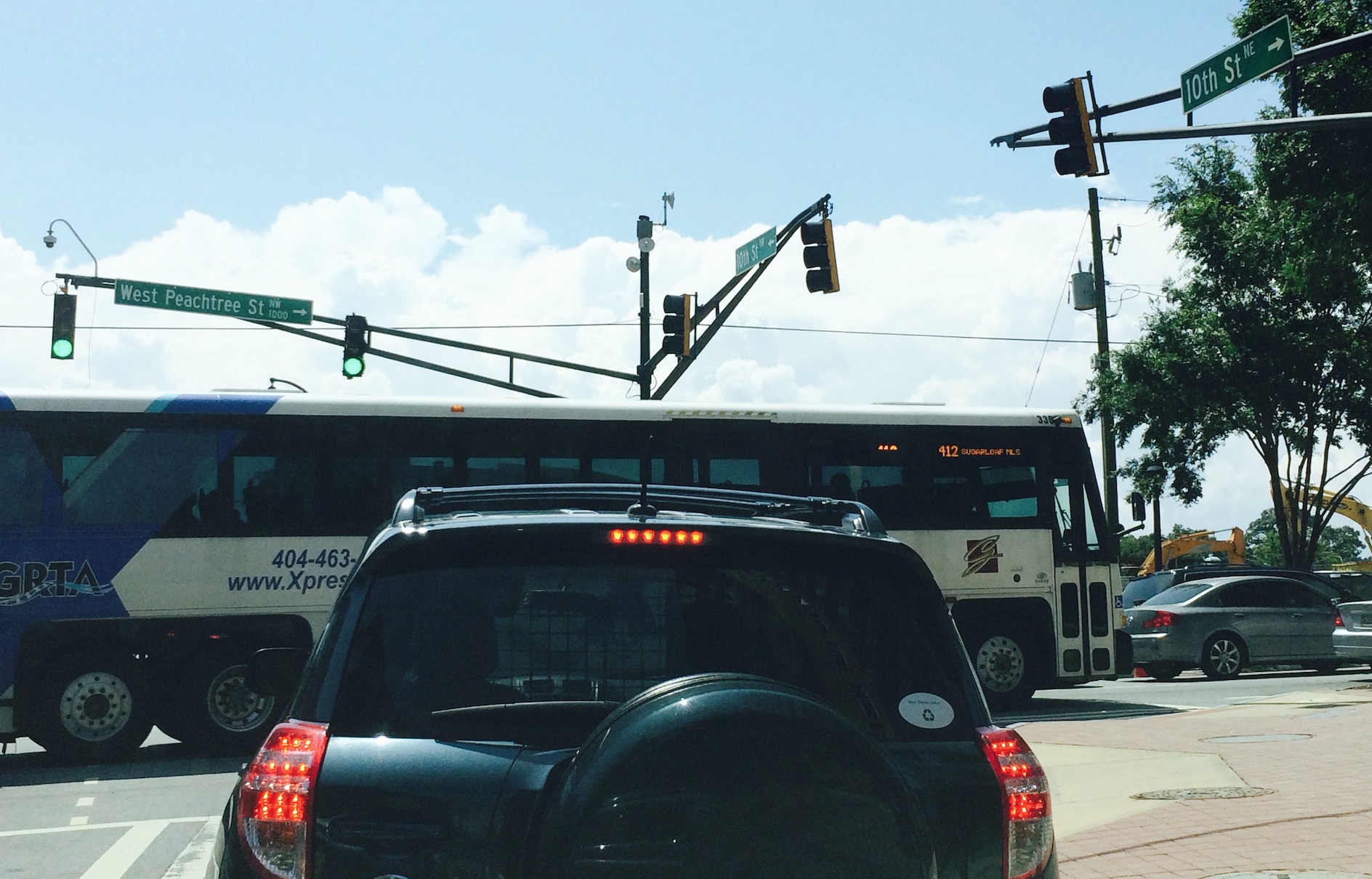 Starting in spring 2016, every GRTA Xpress bus route will be affected by an overhaul of bus routes that’s intended to increase bus ridership. 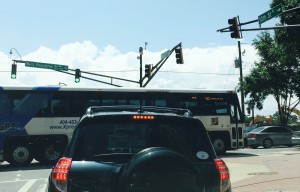 As part of its realignment of routes in downtown Atlanta, GRTA intends to ensure that drivers follow the law and are courteous toward vehicles and pedestrians. Credit: David Pendered

The purpose of the first major revision of bus routes in a decade is to improve reliability. The goal is to make it so that more commuters find it easier to ride a bus to and from work than to drive alone in a vehicle.

New routes in Downtown Atlanta will operate mainly along two parallel streets: Peachtree Center Avenue and Courtland Street. All routes will continue have access to MARTA rail stations, and the changes are being coordinated with employer shuttles.

Service will be eliminated to Centennial Olympic Park, and Spring Street, Marietta Street, and a portion of Forsyth Street. Incidentally, the Atlanta Streetcar serves these destinations.

GRTA acknowledges that the new alignments will disrupt some riders by eliminating routes that travel circuitous routes throughout downtown Atlanta.

However, GRTA contends the shift is worthwhile because the existing routes aren’t meeting current demand and won’t meet commuter needs over the next decade. 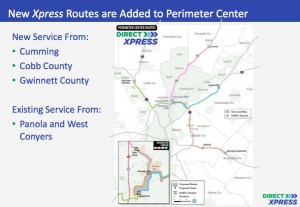 Here’s how GRTA’s consultant described the reason for the new North-South alignment:

GRTA has tweaked service over the past decade, realigning routes to serve job centers. The changes approved by GRTA’s board Aug. 12 are the most sweeping since service started.

The route changes are part of GRTA’s effort to address is stagnant ridership.

GRTA’s consultants figure the best way to attract new riders is to eliminate routes that result in buses routinely running 20 minutes late. Consultants determined that no one with an alternative will rely on a bus system that provides sporadic service. 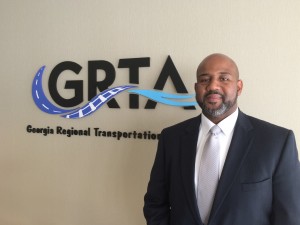 “Direct Xpress will transform our service into something that is more understandable, marketable, accountable, and best positioned to meet the needs of metro Atlanta commuters and businesses,” GRTA Executive Director Chris Tomlinson said in a statement. “We are confident that these changes will lead to greater ridership and a more valuable service.”

The changes approved in service to and from the Perimeter business district couldn’t come at a better time for commuters.

Traffic congestion in the area is likely to worsen starting in summer 2016. That’s when work is to begin on the $1 billion reconstruction of the I-285/Ga. 400 intersection that’s to take more than four years to complete.

In addition, the newly adopted Xpress bus service plan includes a long-range plan to expand service as funds becomes available. GRTA says the highlights of the plan include: