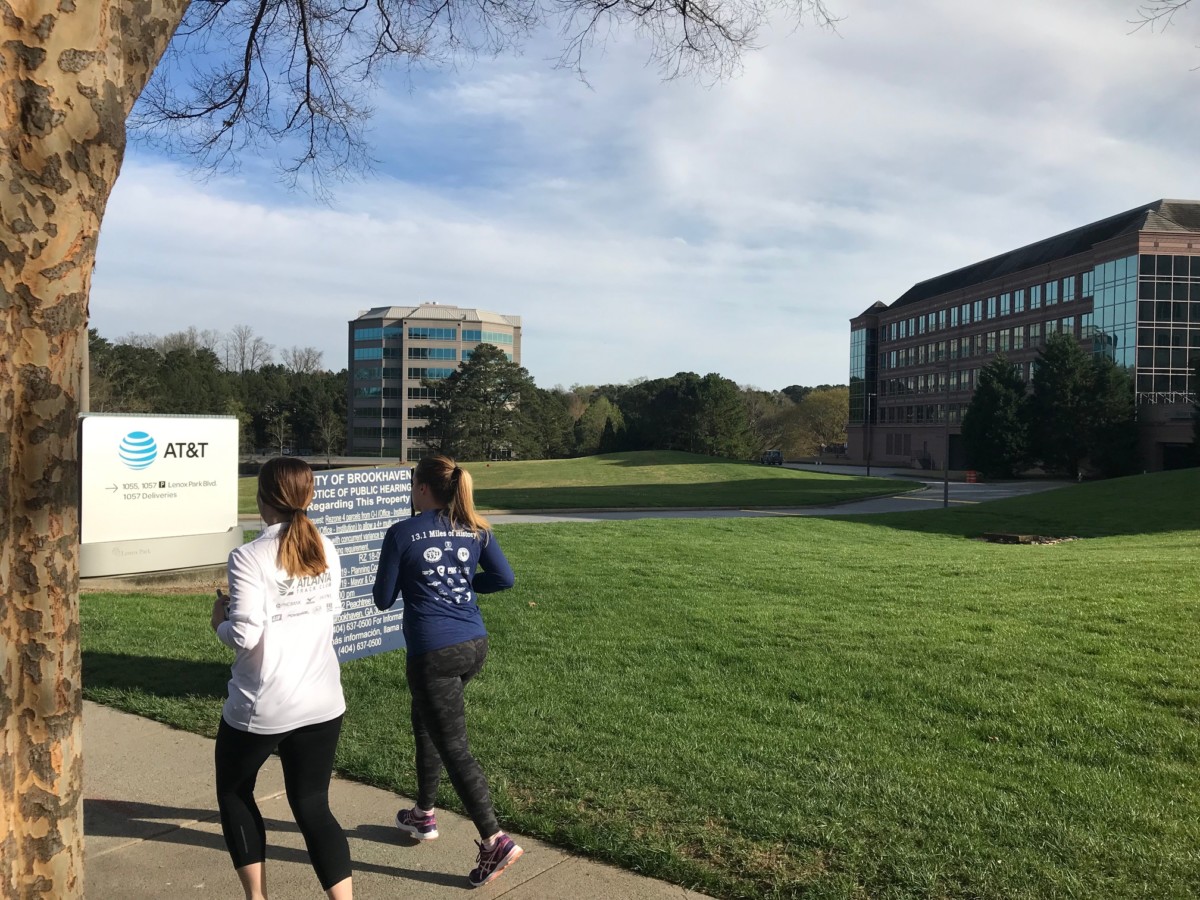 Nature abhors a vacuum – the truth of the maxim is evident in the ongoing efforts to develop a grassy plot that neighbors have embraced as their park near Lenox Square. First it was a high rise apartment building, now the proposal is a senior living facility. 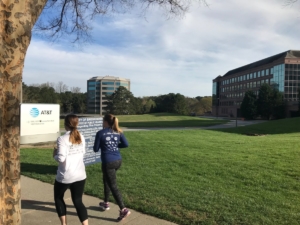 The grassy plot that offers this vista to joggers and walkers near Lenox Square may be developed with a living facility for senior citizens. Credit: David Pendered

The proposal for the senior facility in Brookhaven is slated for consideration April 3 by Brookhaven’s Planning Commission. In 2017, a developer withdrew a rezoning application after the commission delivered an unfavorable recommendation on a request for permission to develop a high rise apartment building.

On any given weekend, this grassy plot is a place where dogs and their companion people can be seen playing catch with balls and other toys. Parents and toddlers are not rare a sight on breezy afternoons, trying to persuade a kite to rise and float past nearby office windows. The area provides a green vista to joggers and walkers who pass on a paved sidewalk, separated from vehicles by a row of trees.

The plot also is near the heart of the former Standard Club, a private golf course. The club sold the parcel for development of office buildings and residences, and relocated to Johns Creek.

The current development proposal is to use four parcels of the site to build a facility for senior residents. The pending rezoning states the facility would have four or more units, but doesn’t specify the number, according to a city record.

The land now is zoned for office and institutional uses, and would remain so if the request is approved. The rezoning application covers the addresses of 1035, 1045, 1055 and 1065 Lenox Park Boulevard.

Two related requests are pending on the site: 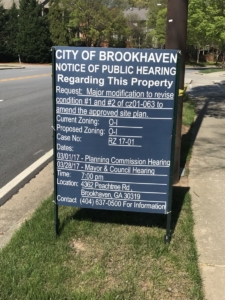 In 2017, an apartment tower was proposed for a grassy site in Lenox Park, near Lenox Square, and the developer withdrew the plan after receiving an unfavorable recommendation from Brookhaven’s Planning Commission. Credit: David Pendered

The two requests are slated to be heard April 3 by the Brookhaven Planning Commission. If the requests remain active, the Brookhaven City Council is to consider the matter at its meeting April 23, according to the notices posted on the property.

The April 3 hearing is to be the second time the Planning Commission has considered the current request. At its Feb. 6 meeting, the commission voted to defer the matter for 60 days at the request of the applicant, Greystar GP II, LLC., according to minutes of the meeting.

Atlanta real estate attorney Carl Westmoreland said at the meeting that Greystar requested the deferral in order to address concerns raised by residents of the surrounding area. Two area residents spoke in opposition of the development, records show.

This is far from the first time a landowner’s plans to develop a vacant site have rubbed neighbors the wrong way, particularly on land where the landowner allowed the public access to the property.

One situation that resulted in a significant hue and cry involved vacant land where the owner allowed a youth soccer league to practice and compete near Stone Mountain – at no cost to the parents or organizers. Protests followed the landowner’s decision a few decades ago to develop the site. Ultimately, the soccer league found other property for the youngster’s use. 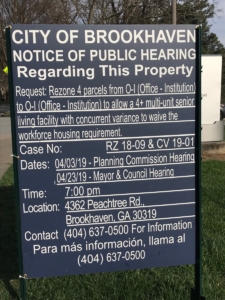 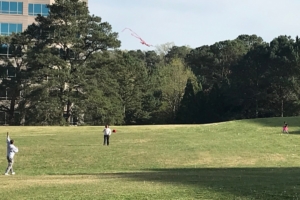 More than a few would-be kite flyers have tried their hand in a grassy plot near Lenox Square that may be developed with a facility for senior citizens. Credit: David Pendered

Previous Article
Georgia senators risk impairing the most important economic engine for our region
Next Article
MAGA, abortion and transit