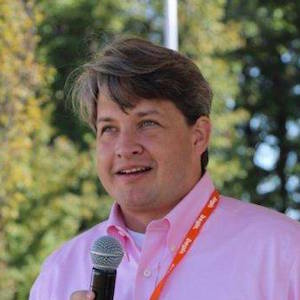 Gabriel Sterling worked on Sandy Springs’ incorporation effort and was elected to its city council in 2011. He’s now looking to become Fulton County Commission chair. He spoke to SaportaReport via email.

A: Out of the gate, the biggest concern is how do we protect homeowners from the crazy assessment increases. The temporary reprieve we have received is simply delaying the inevitable. My plan is to work with state legislators (in fact, I’ve already started) to put in place a cap on every line item on your property tax bill. That will mean that no matter how much your assessment increases, your actual bill will only increase the equivalent of the Consumer Price Index (CPI) or 3 percent …whichever is lower.

This protection is partially in place in Sandy Springs and Fulton County. However, the “base year” (the year from which the CPI is measured) is 2003. My proposal will set the base year as “the previous tax year”. That will provide the best protection for homeowners.

My plan will help seniors and those in gentrifying areas as well. If your home is paid off and you bought it for $50,000 in 1985, you shouldn’t have to sell your home because hipsters moved onto your street and the county says your home is now worth $400,000 and you’re on a fixed income and can’t afford the taxes.

Of course taxes are only one-half of the ledger. With nearly all of the people in Fulton now living in one of our 15 cities, the county will be out of the city services business. That means now is the time to reinvent and rethink the role of the county government and its service delivery model. The budget this year is $991 million. That is a record. I want to bring the Sandy Springs, private sector competitive model to bear on our service delivery for the county.

Obviously, there are mandated things that the county must pay for in other constitutional offices, like the Sheriff’s and District Attorney’s offices (and the jail) and we must pay for our courts, libraries and animal control. I want to work in a collaborative way on these items, instead of the traditional adversarial way the budgets have been done in the past. We also have a say in traffic and transit, especially through TSPLOST and our regional clout.

And finally, health care services are an important service that Fulton provides. With the new partnership with the state of Georgia we are in a better position to address things like our burgeoning HIV/AIDS crisis in Fulton. We also need to continue to support Grady Hospital and help them find new, non-taxpayer sources of funding.

Q: What could you, as Fulton County Commission chair do about that, what are some policy ideas?

A: As I outlined on the property tax issue, we need to pass my homeowner protection plan so our residents won’t be hit with “sticker shock” next year in their tax bills. That will require working in close association, successfully, with the Fulton legislative delegation. I am supported by more of the sitting county legislators than either of my opponents, which put me in the best position to pass homeowner protections from out of control assessment increases.

Also, as chairman, I would be in a position to work with my Commission colleagues to bring the private sector competitive model that has been so successful in Sandy Springs. Of course, unlike Sandy Springs, Fulton government has been running the traditional model since its inception. To bring the competitive model to Fulton we would likely need to follow the example of former Mayor Stephen Goldsmith in Indianapolis who had the legacy departments of the city government bid along with the private sector. This alone forced the departments to look at how they were operating and focus on outcomes, instead of just budgets and headcount.

Given the reduced scope of responsibility of the county government now, which will continue to shrink in the coming months, with the City of South Fulton taking on more responsibilities and Fulton Industrial going to a city (my belief is that it needs to go to the City of South Fulton), we need to re-examine the role of the county government itself. That examination needs to include not only what we are doing, but also how we are doing it. Inertia is the enemy of innovation, especially in larger organizations like Fulton County.

Since the redistricting of the Fulton County Commission, we have seen a marked drop in the drama formerly associated with that board. I want to continue that comity as we move forward. The last thing we can afford to do is to fall back into the divisiveness and dysfunction that defined Fulton for most of our lives. You can look at my record in Sandy Springs and see that we simply function smoothly … no drama. Part of that is driven by personalities, but also it is driven by systematic decision-making based on objective criteria. We need to get away from north versus south, black versus white, Republican versus Democrat. Decisions should be made on where there is the most pressing need and then put the appropriate resources towards that … objectively. I have the record and experience to make that happen.

Q: In Fulton County, a lot of public services are handled by the cities. What do you see as the role of the county and of the commission chair?

A: I was a leader in the movement to create many of the new cities in Fulton that began with my hometown of Sandy Springs. I understand their role and needs. Creating these cities have not balkanized the county, it has given each of these unique cities a seat at the table with elected representatives who are much closer, and more accountable, to the people.

As the Chairman of Fulton, and the only person elected countywide, I will be in a great position to help bring the county and cities together to address specific issues. As with traffic and TSPLOST [transportation sales tax], there are many issues that do not know borders. Along with traffic, there is public safety, economic development, health issues, the environment and many more. There will be situations where cities will want to join with other cities to accomplish things … like providing public safety digital radio systems and 911 dispatch. There will be times they want to do things on their own. The county can act as a partner and facilitator where it makes sense. We can also take the lead in larger economic development projects that can help bring good paying jobs where we need them most.

Also, Fulton is a regional leader. As chairman, I want to work to expand transit options. Since the Olympics, our region has essentially sat on our hands while our population and traffic have continued to grow. Governor Deal has in the last couple of years begun making important investments in our infrastructure like the Interstate 285 and Ga. 400 interchange rework. However, we need to plan for transit expansion and begin to reserve and purchase right of way. An important connection is east/west from the Doraville MARTA station over to SunTrust Park. I want to work with our regional partners to ensure that right of way is acquired sooner rather than later. Now with the Amazon HQ2 situation, I see an opening to allow real discussions on transit expansion and governance to include more counties than just Fulton, DeKalb and Clayton.

A: The privatization of Grady has been a great success. My opponent Mr. Pitts opposed that effort that has saved Grady, helped patients, given better health choices and outcomes for the indigent community that is the core of their service.

Also, the recent reforms have brought improvements to Fulton operations. An important part of those reforms are in the area of healthcare delivery. Starting with the outsourcing of the behavioral health services, which has allowed the county to drastically increase the number of patients served while lowering the cost per patient. They have also moved to partner with the state to run our health services. That coordination is already leading to better outcomes and more trained staff to deal with health issues in the county.

I’m hopeful that these reforms and improvements will allow us to better address our growing HIV/AIDS crisis here in Fulton.

Q: In the last 10 years, what’s something the Fulton County government has gotten wrong or failed to do?

A: The obvious answer is the assessment issue. We saw the assessors fail to do their job for years and because of that homeowners now have a Sword of Damocles hanging over their head, not knowing if their elected officials will protect them from the potentially sky-high back-door property tax increase. That issue along with the continued escalation in spending are very troubling systemic problems.

When comparing apples to apples (backing out the Grady and MARTA responsibilities) Fulton still spends more per capita than any other metro county.

A: Given the critical crossroads we have reached in Fulton County, I am the only candidate with the record, experience and innovative ideas needed to truly reinvent Fulton. I am the only candidate with real plans to reform the way the county does business and that has a record of accomplishment in getting higher quality services delivered at a better value to the taxpayer.

Fulton County can’t afford to look backward to the failed leadership of the past that was part and parcel of the dysfunction and divisiveness that defined Fulton County for my whole life here. I am a native of Metro Atlanta, a product of Atlanta and Fulton County public schools. I know Fulton County well. It is massive and diverse. It is urban, suburban, exurban and rural. I am the only candidate that can look out for the needs of the whole county. I understand that a successful economic development effort in south Fulton helps not only locally, but will benefit every taxpayer in the county.

As chairman I will work with Republicans and Democrats; those in the north, in the city of Atlanta and in south; entrepreneurs and large companies; African-Americans, whites and all races; employees and employers … all to make Fulton County be the leader in the metro area, Georgia, the Southeast and the United States. We have the talent to make it happen. We just need the right leadership to make it a reality.

Back to Fulton County Commission chair candidate Q and As